The United States of Ohio

Favorite Quote:
"This world is but a canvas to our imagination." -Thoreau

Since the Spring of 2011, we’ve seen headlines about the Middle East and North Africa fighting for democratic elections. These first attempts are often filled with corruption and rampant voter fraud. We pat these nations on the head and tell them they’ll eventually learn what it means to be a true democracy. Meanwhile, under the electoral college, we cast our presidential ballot for a list of electors we’ve never heard of, knowing that our vote may very well be changed by our state if our neighbors decide to vote differently. The electoral college system robs United States citizens of a fair election process and an equal voice. It makes America, which is the self-acclaimed creator, owner, copyright holder, and mascot of democracy, look hypocritical undermines democracy.

Millions of Americans voted in the 2012 election, but the candidates spent nearly all of their time in a handful of swing states. Ohio has decided whether the Republican Party can win the election for decades. As a result, candidates treat it like a favorite child. They’ll deny publicly that they care more for and cater to the people of Ohio, but we all know the truth. We know they aren’t coming to our soccer games because they’re taking Ohio out to lunch. The people of Florida are also a huge factor in each election (not only because retirees are apparently incapable of counting votes, but also because it’s a swing state.) On the first Monday of November, people across America pick up the phone to call Grandma in a last-ditch effort to get her to vote for the right candidate the following day; convincing her to cast her ballot in Florida is worth more than your liberal vote in Texas or conservative vote in New York.

Candidates hold rally after rally in Colorado and Iowa. To borrow an epithet from failed presidential candidate, Mitt Romney, “binders full of women” show up half-enthusiastically as they scratch their heads. They’ve seen both candidates speak live twice, but for some reason, they just can’t make up their mind. Meanwhile, Texans write entire country songs about the idea that Mitt Romney might just take a single trip to Texas. Californians drool over the thought that Barack Obama might grace Hollywood Boulevard. They would even be happy with the first debate version of Obama—falling asleep and possibly sedated. The candidates turn their backs on their loyal followings, realizing that under the electoral college system, they’ll win the state anyway. They hold the hands of Ohioans and gently guide them through the voting process, maybe even filling in the arrow on the ballot themselves. This system is turning states, which used to be either blue or red, green with envy.

This absurd system has become so engrained in US politics that swing state voters claim they might not be able to make up their minds without the ability to see the candidates in person and hear them talk about issues unique to their state. However, unless the electoral “college” system admits in its name that it is designed to cater to the uneducated, it has no place in American politics.

The jealousy of 45 states is not the only reason that the electoral college should be abolished. Democracy relies on the idea that each citizen within a nation casts a vote. While nearly everyone in the United States has the opportunity to cast a vote, we change the votes of almost 50% of the population (well, 50% of the minority of the population that actually votes.) For some reason, we’ve decided that our neighbors know what we want better than we do. In the winner-take-all electoral college system, your state of residency gets credit for your existence. This means that, contrary to what apathetic Arizona democrats say about votes “not counting,” your vote actually counts against your interests if you live in a state that disagrees with you. Your state gets to claim your vote, change it, and cast it in the election, but American leaders are still scratching their heads about why Afghanistan, under the threat of terrorism, had a higher voter turnout than Americans do every 4 years. The system we’ve designed takes the right to vote away from minority parties in each state, which is likely why they fail to show up to the polls each election (either that, annual hurricanes, or a dislike for 5 hour waits.)

I know, America. It’s hard to admit that your flag-waving is an inconsequential vanity, and even harder to admit that the founding fathers weren’t infallible gods. Times change and systems that were once an effective means of emphasizing federalism become a hindrance. If American exceptionalists want to retain their bragging rights, we need to change. We can’t throw around and claim words like “democracy” when we fail to exhibit their true meaning in our own country. The electoral college is an institution of American stupidity that works against the purpose it was original founded on: to protect Americans from their own ignorance. It’s time to graduate from this elementary system and seek an end to the electoral college. 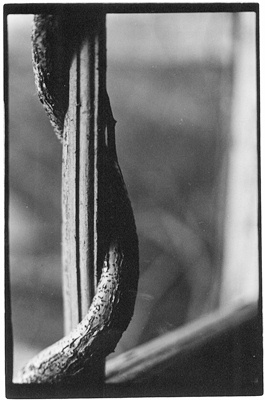