Imagine somebody gets up, takes a shower, turns the lights on, and eats their breakfast. They drive to work on a paved road, and drop their kids off at a public school. Then, they might go to the doctor. All the things I just listed are things the government gives everyone a chance at having, except for going to the doctor. This has to change. The United States should implement a single-payer, government-funded healthcare system. A universal system.

Millions of Americans, forty-four million, to be exact, don’t have health insurance. Even for someone with adequate health care, there are still notable costs associated with medical care. One visit to the emergency room costs about $1265. A broken foot costs around $16,000 when you factor in paying the medical staff, paying for the hospital building, paying for the cast, paying for the X-ray, etc. For someone whose job does not provide health care, doesn't qualify for Medicare or Medicaid, and did not buy health insurance independently, these costs are financially crushing.

Our health care system is extremely inefficient. Clinics process a great deal of paperwork to figure out if someone can pay or not, then record the transaction with each individual person and their insurer. If someone can’t pay, they set up an emergency Medicaid plan. Due to this tedious process, administrative costs are high, and these costs are passed on to patients. If we had a single-payer, government-funded health insurance system, clinics and hospitals wouldn’t have to process paperwork and complications related to health insurance companies. Universal health care would make the health insurance system more smooth and efficient, and lower medical costs for patients.

Under our current system, some people don’t have wellness check-ups because of a lack of finances. If these people are found out to have a major disease too late in their sickness, they will have to go through costly, complicated, and advanced treatment, which could cost tens of thousands of dollars. They could also have a shorter life span and a lower quality of life. It is immoral to deny these people the right to be healthy going into the rest of their lives.

Take Trina Bachtel, a woman from Ohio, who was having health problems while she was pregnant. She tried to get help at a nearby clinic, but they turned her away because she didn’t have health insurance, and because she owed money to the clinic from previous visits. They wouldn’t see her until she started paying one hundred dollars per visit, which she couldn’t do. Instead, she had to go to a hospital thirty miles away to get medical care. It was too late, and both she and her unborn baby died. Take Betty Gardner from North Carolina, who gave birth to a daughter on March 22, 2016. Soon after, the baby was rushed to the hospital and diagnosed with hypoplastic left heart syndrome, a condition requiring a heart transplant. The child will have a weak immune system, along with other problems, for the rest of her life. She will have racked up twenty million dollars in medical costs by the time she’s a highschool graduate, which there’s no long-term solution for without the Affordable Care Act. Stories like Ms. Bachtel’s and Ms. Gardner’s cannot be ignored. We have to unify government-funded health care and create a system where everyone is covered, so that stories like these will become a thing of the past. 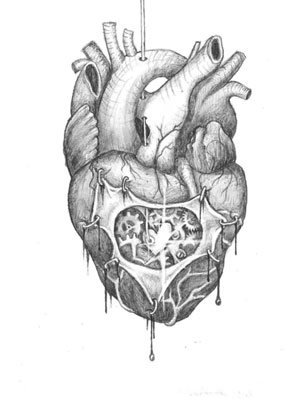 Health care is a basic human right. We must ensure everyone access to it, regardless of economic or social standing.