Enjoying your new shoes and clothes? Enjoying your food, coffee, and leather couches? Well, as we sit comfortably here in the U.S., think about the rest of the world where our great wonders and daily supplies come from ... check your labels and you’ll see that the Third World is our main supplier of cheap goods and leisure items. Even drugs like opium fall into the category of Third World products - it’s the only way for many farmers to make a living. We may enjoy our acquisitions, but what about the people on the other side of the equation?

In Africa, Asia, and India, up to 80 percent of the population live in poverty on less than two dollars a day, with each penny earned through grueling manual work. In India, over 800 million people live in poverty, while we in the U.S. make average salaries of $43,555, the third highest in the world. That’s $119 a day while billions of people try to exist on a dollar a day.

Consider the billionaires, with all their money - more than any human could spend in a lifetime - gained from management and ripping apart rivals, while countless others slave and die to provide their cars, lawns and houses. How do billionaires benefit society? What do they do but encourage people to smash others into the mud and to snatch fortune for one’s greedy self? The title is quite fitting - Billionaire: the accumulation of capital stolen from a billion people. According to globalissues.org, of the world’s 6.5 billion people, three billion live on less than two dollars a day, and one billion of those are children. Of those children, 10.6 million died before the age of six in 2003 alone. An even more startling fact is that the combined Gross Domestic Product of the world’s 48 poorest nations is less than the wealth of the world’s three richest people. Shouldn’t we feel slightly guilty taking all these things for granted?

The terrifying truth is that over 30,000 people in the Third World die every day from starvation and overwork. There is enough food and labor in the world to save them, but to do so, no one person can have as much wealth as the billionaires do. We cry about our wars and property rights and then hail capitalism as the most humane and free system.

However, look at the Third World and see the 10 million people dying every year because of our “free world” and “free markets,” and the others who suffer and live a pathetic existence because of greedy individuals. Most workers in those nations lead lives of poverty, unable to purchase anything to enjoy life, and even capitalist nations’ workers, though benefited by the starvation of the Third World, still endure lives in which they can’t strive to become anything. There are only so many scholarships, and a youth of poverty and misery remains a scar through one’s lifetime. “Free world” indeed. Globalization is spreading quickly and both capitalist and Third World nations are feeling the weight, yet it is not the rich taking the blow, but the common people. 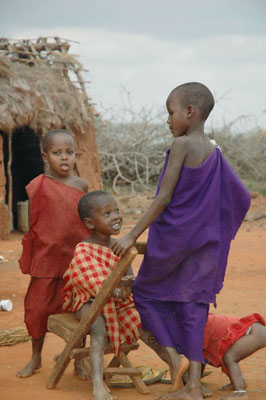 Zeeeeeeeopinion! said...
on Apr. 4 2016 at 10:27 pm
This essay really gives a great very honest, thought out overview of what poverty really is. Your topic sentence was a good hook and made me want to keep reading. The conclusion was strong and gave a great message to leave without. Very good job on explaining this topic you are obviously passionate about! I can see you put all of your effort into it done proud!