We know cigarettes are bad for us and that nicotine isaddictive. We know alcohol will rot our livers and hinder our focus. We know thehigh is only temporary, the fall isn't worth it and the drugs are stronger thanwe are. We're young, we know everything.

What we don't know is why wedrink, smoke or do drugs. Sure, we'll say, "It's 'cause the beer tastesgood," but anyone who says that has never had a drink. I mean, come on, haveyou ever heard anyone say, "I had the most delicious beer last night?"No, of course not. They might say, "I wanna get wasted" or "Iwanna get drunk" or "I need a beer," but they never describe it asdelicious.

We say we smoke because it makes us look good but, people, howmany of you really enjoy kissing ashtrays and constantly smelling smoke? Areyellow fingers and teeth desirable traits? We also claim smoking pot makes usfeel good, but when you have the I.Q. of a three-year-old, how do you expect tofeel? For those of you who have never gotten high, listen to the song "Don'tWorry, Be Happy," and you'll get the idea.

The environment in which Iwas raised was not exactly a normal one. My father was the lead singer of an '80sheavy metal band, a music scene renowned for "sex, drugs and rock 'n'roll." Now, while I have never had a problem with sex or rock 'n' roll, I amanti-drugs. Although I don't use them, over the years I've learned why peopledo.

Drugs and alcohol take away fear and restraints - notice how mostpeople won't hit the dance floor 'til they get a couple in them? They are scaredof embarrassing themselves, and drugs and alcohol take that fear away. Besides,if you drink or smoke up and look like an idiot, oh well, "It must have beenthe alcohol."

Justthink of all the stupid things you've done while in that condition and askyourself, "Would I have really done that if I had I been sober?" Neverfear - eventually, one of those foolish things will change your perspective. Itstinks that it will take something as severe as death, pregnancy, STDs or rape toopen your eyes. Can you be positive it won't happen to you?

I have neverhad a drag in my whole life, and only a few sips of beer, which I spat out. Findthat hard to believe? Most do. Why? Because I am a very loud person, and I dowhat I want. People say, "No way anyone of sound mind would do that,"but that's what they said about my father. It wasn't true, either. "No onewho wasn't high could go on-stage in women's make-up and clothing, and act crazyevery night." The idea was unfathomable, but my father never went to theafter-parties, he never hung around at clubs, he never drank, he never got high -he didn't need to.

We live in a society where drunkenness and, to a lesserdegree, being high, is perfectly acceptable. If a sober guy walks into a bar andurinates all over the place, the bartender will probably call the cops. If adrunk stumbles in and does the same thing, I'm sure the bartender might get alittle mad, but the odds are he'll call the guy a cab and send him home. The factthat this probably makes sense to you is the scariest part.

I've gone tothe parties, I've gotten just as insane and crazy as those drunk and high aroundme, but it's been on adrenaline alone. I've watched as guys took advantage ofdrunken women, and often stepped in to prevent the tears I knew I'd see the nextday. I've had drunk women fawning all over me, and everyone else for that matter,thinking they wanted something they didn't. I've stolen keys to cars until Icould find a suitable driver, and I've had the lingering smell of pot smoke snakearound my attire. It never made me happy. Using it with them doesn't either,because it's a false feeling. If you wouldn't be enjoying yourself withoutartificial help, then you can't be having too good a time.

Now, I don'tsuffer any constraints in speaking, I say what I think is funny, never filteringout the good from the bad, much like a drunk person. I'm not considered acomedian with the sober crowd, but I'm a hit with the innebriated. Think about it- you're sober and you think I'm an idiot, you're drunk and I'm the funniestthing since Jim Carrey and commercials designed to appeal to your pets. Nowthat's scary, wouldn't you agree?

I don't expect to make a dent in thoseof you who are addicted to drugs, alcohol or nicotine. I do hope that those whojust do it to feel comfortable partying may think before doing it again. I've hadtwo friends get pregnant when drugs were involved and, believe me, you do notwant to be the shoulder they cry on. Another died because of drugs. He didn'toverdose, he didn't have a car accident. Rather, in his altered state, he stuckhis head through a rail on a bunk bed and, lacking the balance to hold himself,slipped. His friends laughed. They thought it was funny as hell, so they watchedas he died.

I hope it doesn't take something like that to make you controlyourself. I hope I've helped you see a little more clearly. Because as much as myshoulder is here for you to cry on, I'd much rather you didn't. 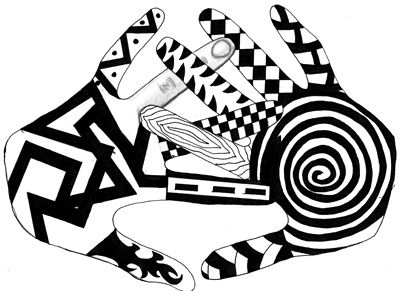