Are Your Civil Liberties at Risk? | Teen Ink

Are Your Civil Liberties at Risk? MAG

September 11 marked a turning point in our nation's history.Before that day, terrorism on our own soil was a very distant possibility. Now,to try to protect the United States from future attacks, our government passedthe USA PATRIOT Act, which stands for Uniting and Strengthening America byProviding Appropriate Tools Required to Intercept and Obstruct Terrorism, a342-page document expanding police power and giving the government more authorityto prevent domestic terrorism. The Associated Press offers this partial list ofchanges to our legal rights that apply to every American as a result of thisAct:

* Freedom from Unreasonable Searches: The government may now searchand seize Americans' papers and effects without probable cause to assist terrorinvestigation. (Sections 203, 206, 213, 215 & 218*)

* Freedom of Speech: Our government may nowprosecute librarians or keepers of any other records if they tell anyone that thegovernment subpoenaed information related to a terror investigation. (Section215)

* Right to Legal Representation: The government may monitor federalprison conversations between attorneys and clients, and deny lawyers to Americansaccused of crimes. (Dept. of Justice Interim regulation 66 FR 211)

Theconcept of sacrificing civil liberties in time of war is not new. Marcus TulliusCicero, a Roman philosopher (106-43 B.C.) wrote, "In times of war the lawsare silent." Throughout our nation's history, many examples of when thegovernment trod upon citizens' civil liberties exist. The 1940s and '50s aresynonymous with the Big Brother era when the government spied on thousands ofAmericans suspected of being affiliated with Communism. After Pearl Harbor wasbombed the United States forced more than 120,000 Japanese-Americans intoconcentration camps. These detainees were also held without criminal charges.

Among the new powers adopted by our government is the right toadminister searches without a warrant. This law not only applies to terror-basedsearches, but also routine criminal investigations. Police can now search homes,computers and even cars without reasonable suspicion. This law encroaches on thefourth amendment of our Constitution, which states that people have the right tobe secure against unreasonable searches and seizures.

Perhaps the mostethically questionable step taken since September 11 was the unjust detention ofmore than 2,000 people living in the United States. Primarily of Arab descent,they have been held without reasonable charges. Most charges relate toimmigration laws, but some are held without any charges at all. Although themajority of Americans are not personally affected, it is our duty to be aware ofwhat our government is doing in the name of fighting terror.

A programdeveloped by Attorney General John Ashcroft, called "Operation T.I.P.S"(Terrorist Information and Prevention System) is currently being reviewed byCongress. This program would recruit up to a million Americans to spy on others.Ashcroft's plan could turn your everyday cable man, utility worker or handymaninto a government spy. This program is totally irrational and unethical. Not onlywould it would be ineffective in preventing terrorism, it would cause massparanoia. We are already stressed with the fear of terrorism; the last thing weneed is to wonder whether our interior decorator is a spy.

We are in aperiod of national danger and must rely on the government for protection. At thesame time, we must try to live as we did before September 11. It is our duty toprotect both our rights and others'. Even though some politicians argue thatcriticizing the government is unpatriotic, well thought-out objective criticismof the government is patriotic. It shows that we care about how our government isrun and about the treatment of those inside and outside of our country. No matterhow small you think your voice is, you have a duty to be proactive. 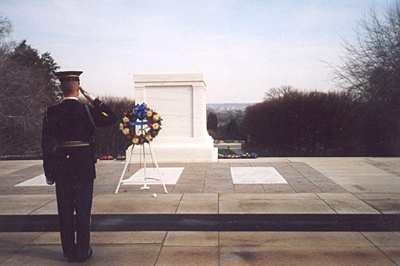