My First Day of School MAG

Fear started taking over. I was walking into my first school in America. I had traveled a long distance from India in order to join my mother, who had been here for three years, hoping America would help my future. My father decided that I would be better off going to school here, so I enrolled in the local high school in my new town.

I was afraid how I would do. I didn’t know anybody in my classes. On the first day, I went to my second period class after
I had missed my first. I was already confused because in India the teachers switch according to periods while most of the students have the same periods.

With anxiety on one hand and fear on the other, I reached for the door knob, opening it slowly. Everyone’s eyes were on me as I entered the room. Without paying attention to them, I went straight to the teacher and asked if this was the right class. With a soft voice he answered, “Yes.” His voice comforted me a little. He gave me a sheet called Course Requirements, which I would never get in India because we didn’t have anything like that. Then he asked me to choose where I would sit. I chose the seat closest to the door instead of the corner where all of the boys were sitting. I didn’t actually want to pick a seat. In India we had assigned seats, so I never needed to worry about that. I spent the rest of the class taking notes from the image produced by the overhead projector. In Indian schools, we didn’t use the technology we had. We had to take notes as the teacher spoke.

Since it was my first day, I was confused which hallway to use, but I managed to get to my classes without asking anyone. I was very confused about when I would have lunch. It was noon. I went to my next class and the bell rang as I entered. I went through the regular process of asking the teacher if I was in the right class. She said, “It’s still fourth period.”

Changing from a gentle tone to a harsher one, she said, “That is the lunch bell.” I apologized. Without another word I headed for the cafeteria. I felt lucky because we didn’t have this in India. Every confusion seemed like an obstacle I had to get through to reach my goal. At the end of the day, I was on my way to the bus which we didn’t have in India either. I spotted my bus and sat down inside happily. I was thinking, Today wasn’t so bad.

As time passed that year, I developed some friendships and started to love my school. I found out that U.S. citizens have many opportunities but not everyone is using them. Some people take them for granted, not realizing that other countries are struggling.

The teachers had a fun way of making hard things so easy that a three-year-old could do them. The teachers in my home country had a more strict way of saying things. We also had much longer school days in India – 7 a.m. to 5:30 p.m. – while in America school was 7:30 to 2:30. The main difference I found in America is the amount I learned each day. In the U.S. schools I learned a lot less material. So, I had more prior knowledge than most of the kids in my class, which gave me an advantage. Because of these educational opportunities I feel I am the luckiest person in the whole world. 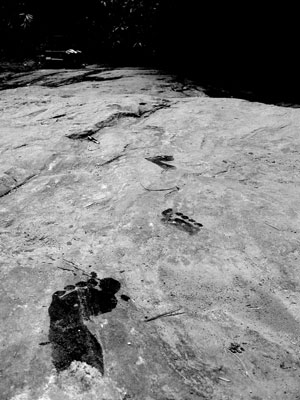 This article has 42 comments.

loverboyk6268 said...
on Jan. 27 2018 at 10:18 am
loverboyk6268,
0 articles 0 photos 1 comment
View profile
it was real good
April said...
on Aug. 24 2017 at 7:15 am
I wonder what sorf of a school you went to India or better say which India did you go, because as far as i know, there are proper schools, with requirements fulfiled of their students, luch break and for heavens sake there are school buses. This is not even nearly appropriate piece of writing as the writer i guess did not know anything about India. However im not an Indian but I know a place very much like it.
Ariel01 SILVER said...
on Jul. 28 2017 at 9:11 pm
Ariel01 SILVER, Cherry Valley , California
6 articles 4 photos 2 comments
View profile
This was a very interesting article. I found it quite fascinating to learn the differences between American School and school in India. Your writing was very clear, concise and kept my attention. Good job.
gege said...
on Apr. 15 2017 at 9:32 pm
What the fuck I fuck your mother at America
;:NK;:; said...
on Feb. 14 2017 at 11:28 pm
Can I have some words in your article?
Roland bafana said...
on Feb. 11 2017 at 2:30 am
Can we have your mind map on your essay plz but l think you going to rock this world
eva.foxwell said...
on Feb. 3 2016 at 10:49 pm
Emily, that was so nice of you to write all that information and recognize my efforts. You truly deserve to walk the path of success and I feel honored that you were one of my students. Thank you again so much and keep working hard for all the goodness to follow. Miss you!!
RAhmed BRONZE said...
on Jan. 25 2016 at 6:48 am
RAhmed BRONZE, Riyadh, Other
1 article 0 photos 1 comment
View profile
That was good. I can relate as a student who moved from my home country, Pakistan, to Canada. The timings weren't that long, but I was in a similar situation with the prior knowledge from my old school.
Neitzelm SILVER said...
on Jan. 13 2016 at 1:10 pm
Neitzelm SILVER, Oceanside, California
6 articles 0 photos 3 comments

Favorite Quote:
life is short so don't waste your life spend it the way you want to

Favorite Quote:
Hurt me with the truth but never comfort me with a lie

View profile
I would like to ask you a question and that is which school did you go to in India? Iam also an indian student and my timings are 8am to 2pm so i was a little surprised!!
Lea66 said...
on Oct. 1 2015 at 11:10 am
Wow! What a beautiful poem.

Favorite Quote:
"The best love is the kind that awakens the soul; that makes us reach for more, that plants the fire in our hearts and brings peace to our mind. That's what I hope to give you forever." ~The Notebook

View profile
That must be troubling for you. Great job writing this though!!!
Jaguargang said...
on Oct. 9 2014 at 9:51 am
well i liked it.
GloGirlQ said...
on Sep. 23 2014 at 3:33 pm
One of the hardest times of your life will be going to a new school. This relates to me because I was a little scared when I started a new school.