On the Ice | Teen Ink

On the Ice MAG

I have always loved skating. When I was little, I dreamed of mastering the ability to jump in the air, spin and land perfectly on a set of snow-white figure skates. I dreamed of wearing a flowing dress with rhinestones that would sparkle as I skated. I dreamed of stepping onto a platform, hearing the “Star-Spangled Banner” and receiving a gold medal. I wanted to be a figure skater. I signed up for lessons and soon could glide across the ice. The lessons intensified and I was jumping and spinning just as I had always dreamed.

You would never guess my next decision: I traded in my figure skates for hockey skates. A beautiful skating dress did not entice me as it once had. I did not want to spin and jump. Instead, I wanted a jersey. Instead of doing a spin, I wanted to skate circles around others. I wanted the competition, aggressiveness and the spirit of a team. I wanted to be a hockey player.

At my first hockey practice, I headed onto the ice with confidence thanks to my years of figure skating. I immediately fell. I was not used to wearing hockey skates. Soon enough, I got my act together and could skate with ease. I was crazy about the intensity and spirit of the game. I joined as many teams as I could and pushed myself to become better. After scoring my first goal, I knew that hockey would always be part of my life.

After years of pushing for a girls ice hockey team at my school, my wish was granted and our inaugural season arrived. The hopeful candidates for the team trudged to our first tryout. We were faced with players of varying abilities - some could not even skate. The coach came up with a roster and I was elected one of three captains.

Once I was a little girl who dreamed of figure skating but I could not be more satisfied with the outcome of my life. I am a hockey player, and I am proud. 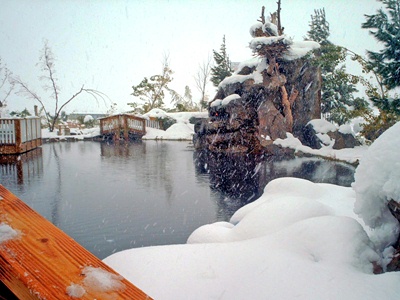