A Smile Can Change a Bully | Teen Ink

A Smile Can Change a Bully

Bullying comes in all shapes and form. Some are mentally, others are physically. Like Chickenpox; they can infect others around them, leaving scars and endless treatments on their souls and bodies. Bullying can appear in groups or as a single person. Bullies can have different motives, appearance, age, and personality. Anyone can be a bully in their own way.

Like a never ending cycle, it starts small and comes out big. A bully is formed when everyone ignores him and his problems. Nobody listened; nobody cared, leaving the bully all alone having negative thoughts. Soon he takes out his frustration on others. Those victims become bullies when they find life unfair and think others deserve the same. Other victims are terrified and are thinking of suicidal. Bullying will never end because deep inside everyone is hatred.

I met a bully when I was in elementary. She looked fierce and vicious. Sometimes you could see bruises and cuts on her skin. Students would blame her and lie to the teacher saying she had bruises because she fought. Nobody would go near her because of her appearance and the teachers would ignore her. Rumors spread that she killed her parents. My friends told me to not look her in the eye or you’d have bad luck for years.

Even though everyone bad mouthed her, in my eyes I could see her loneliness. She sat alone at lunch; played on the empty slide at recess, and walked home alone. I felt like I could see right through her. Then I had decided to fill up her empty soul and make her alive again. When I walked past her in the hallways, I smiled and said, ‘Hi!” The students looked at me like I was crazy, but I didn’t care because that smile helped me talk to her. She opened up to me and explained how she was an orphan; how she got abused by her aunt and uncle.
If everyone knew the truth would the rumors stop? More rumors spread about her blackmailing me to become her friend. I denied it. Everyone always makes the statement, “Don’t hang out with a bully.” I would reply, “Ignoring a bully is just as bad as being one. The truth is, the bullies are the students who make rumors about others when they don’t know the truth. The bullies are the people who don’t understand or don’t even try to stand in other people’s shoes to see what it is like to live a dreadful life.” When people acknowledged my remark, they started talking to her and soon she had a group of loving friends.

I think bullies need someone who extends their hands to them. Someone who brings them back to Earth telling them everything will be alright, for life comes with many challenges but every challenge takes small steps to overcome it. Whether they liked it or not, I would counsel them and let them know I am there. I’ll stop their misery and show everyone, bullies are just as kind as others when they want to be. Saving someone from agony doesn’t take but a smile and a hand. 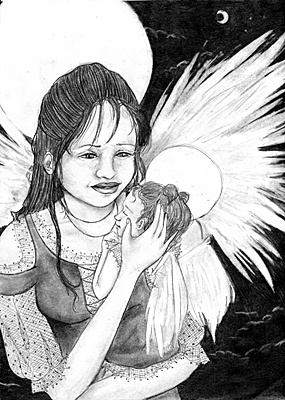 The author's comments:
I had to write an essay for Reading.
Post a comment
Submit your own

Favorite Quote:
You never know how strong you are until being strong is the only choice you have.

View profile
This was really touching. I know a lot of people who could relate and it just isn't fair. You really have a play on words - nice work.
Vanilla4Life BRONZE said...
on Jan. 22 2012 at 11:43 am
Vanilla4Life BRONZE, Carrollton, Texas
4 articles 0 photos 21 comments

Favorite Quote:
The world will not be destroyed by those who do evil, but by those who watch them without doing anything..

View profile
Aww, thank you! I am sorry for you being bullied. ^-^ Glad you can see a different view of them but some of them probably do it for fun. It depends. Thank you for commenting!
meiv244 SILVER said...
on Jan. 20 2012 at 7:09 pm
meiv244 SILVER, Lewiston, Maine
5 articles 2 photos 6 comments
View profile
I really appreciate this, because I've been bullied and I've never thought what it was like for them. I've never thought about how they must have been hurt. Thank you, this was beautiful