They have taken many names during their 235 years of existence; Billy Yank, Doughboy, Dogface, Grunt, Leatherneck. They have showed undoubted acts of courage in the abyss of battle. They have gone through hell so our nation could be a little bit more like heaven. I am truly thankful for our American soldiers.

Since the founding of our nation, there have been many willing to take up arms and say no to unjust acts. At Valley Forge in 1778, Washington and his soldiers suffered greatly in frigid temperatures so the idea of democracy would not die. At Gettysburg in 1863, soldiers bravely held their ground on Cemetery Ridge to beat back the barbarous institution of slavery. At Normandy in 1944, the sands of an evil regime were charged gallantly by our soldiers that morning in June. In Afghanistan in 2011, our soldiers are battling a cruel and hateful foe.

The pilgrims may have started Thanksgiving, but it is our soldiers who keep it going. As we sit at our tables, ready to gorge ourselves with turkey and then watch football, we should pause to think of the many things we are grateful for. We must remember that it was the soldiers who gave us something to be thankful in the first place, and to be thankful for the soldiers themselves. 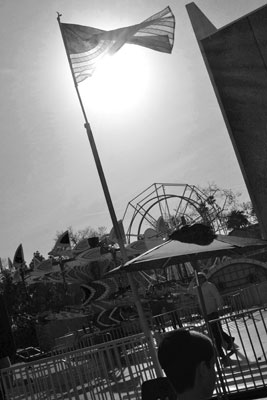 View profile
So true. This is an amazing article, it is very well written. I love your message, and believe that though we know this, not many of us take the time to truly appreciate what our armed forces do. Your article will open many eyes.