I’m in gym class, running on the elliptical. It’s the only way I can stop from going crazy in that class, because there is nothing to do and my friends always want to just sit around and talk. Frankly, I don’t always feel like talking. Sometimes you just have to run. I’m around the 2 mile mark, all sweaty and I don’t care. Three girls come into the room, one of them talking loudly. Having nothing else to do, and considering that her voice can be heard in Antarctica, I listen.
“So, I don’t know why he like dumped me for her, I mean she’s fat, and I’m skinny, and I am soooo much prettier than her.”
“That’s not hard, she’s so fat and ugly” “I know!”
“So what happened?”
“Well I was at this party, and my boyfriend was there but you know I dated this guy over the summer but then I had oral sex with him even though they were dating.”
“He cheated on you and then you cheated for him?”
“Yeah, he is so hot. I can’t believe that he broke up with me for her. They were having sex while I was going out with him!”
“Why’d you go back?”
“Why not? Serves the B---- right!”
Making sure not to look at them, I run harder. They leave and I’m relieved. Then my friends come in.
“So what are you going to do when you graduate high school?”
“I don’t know, but I’m considering going into politics.”
“Oh? I’m thinking about being a diplomat, or international relations. It’s really interesting, I mean, being in politics in the country is great but international politics or law really fascinates me.”
“Yeah, but you know how Erin’s going to be president in 2040?”
“Oh yeah!”
“I’m not going to be her vice president, but I want to be in the Senate, or chief of staff.” “That’s ambitious”
“I know! But hey, if we work hard in high school and college…”
My friends are so nerdy. But you know what? I like it that way. I’ll talk to them later, but for now I’m just the girl on my own, running invisibly on the elliptical, observing but not participating. You learn a lot about life that way. 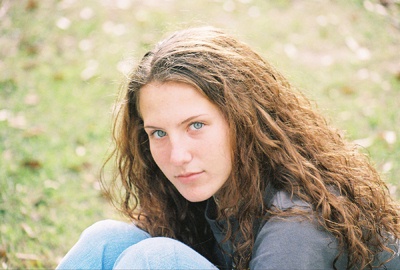 View profile
Loved the dialogue, tone, and the insights-- this was great. Your ability to turn something kind of mundane into a life lesson is very impressive. Keep it up! (and thanks for commenting on my pieces! I'm really glad that I could read some of yours too; you have a gift!)
Mz.Bryennie BRONZE said...
on Apr. 21 2010 at 10:03 pm
Mz.Bryennie BRONZE, Cleveland, Ohio
1 article 0 photos 7 comments

Favorite Quote:
uqh! you annoy me but ilove you

View profile
iloved it its so funny n its highschool sadly there are real ppl who tlk with likes and stuff. but iliked the independance part somtimes its good to jus be on your own