An Experience with a Flat Tire | Teen Ink

An Experience with a Flat Tire

Favorite Quote:
Life should not be a journey to the grave with the intention of arriving safely in a pretty and well preserved body, but rather to skid in broadside in a cloud of smoke, thoroughly used up, totally worn out, and loudly proclaiming "Wow! What a Ride!”

One Saturday afternoon, a little before 5:00, I sat at my desk studying Linear Algebra for fun; yes, I am quite the nerd (though I prefer the term “scholar”). My family and I had a church event to attend at 6:00, yet we were all leaving in separate cars for scheduling purposes. My mother and sister left at around five, my father left a little later, and I eventually pried myself from my books and hopped in my car around 5:20.

My car is very interesting. The aged 2001 Honda Accord was heavily modified by my brother, its previous owner, so it looks like something out of the Fast & Furious; indeed, it had seen many late night races and cool car meets in its day. In my experiences, though, the car has been little more than an annoying yet reliable vehicle: mainly because it has been lowered significantly, making even the smallest potholes or speed bumps a nightmare. Additionally, I don’t see the appeal of cars or mechanic work–I leave that work to the strong meatheads, the types who take welding in high school. As the car jangled and jerked down the street, I ignorantly continued driving and singing alongside Olivia Rodrigo about our terrible love lives.

Somewhere along the route, I noticed that the driver behind me was really close, almost as though he was trying to munch on my bumper. I also noticed how beautiful the day was: soft sheets of clouds floated overhead while light street activity made the roadway lively. Suddenly, though, I heard a concerning PSHtsssss, and the car dropped even lower than it was before. I had a flat tire. Calmly panicking, I shut off the radio and entered a turn lane, calculating my next move while the violent driver rushed past me. I ultimately decide to pull into the parking lot of a nearby building and text my parents. My dad, busy at church, told me to text my brother for help, who was out at dinner with friends. I was screwed.

It was at this point that I noticed how terrible the day had become: the clouds had parted, allowing the sun to beat down on the asphalt and my black car and the loud traffic that sped past me. In an attempt to conserve gas, I avoided turning the car (and, thus, the AC) on and sat in the taunting warmth of the sun.

Eventually, after watching a few YouTube videos about tire changes, I tested my luck and checked the trunk for the necessary tools to replace the flat. A spare tire, yes, I think I may need that; a jack, also very useful; a lug wrench, yes, yes, very good. I even had the special key needed to unscrew the locking lug nuts my brother installed. I began cluelessly looking for a spot to place the jack, practically kissing the burning concrete to see under the incredibly low car, but then I noticed something terrifying: I didn’t have the little stick tool to actually lift the jack.

It was at this point that I gave up hope. To my rescue, though, came a white car and, in it, a man who was aged and thin. The bearded and balding angel–his kindness and charm were indeed heavenly–saved me by providing another jack that could be makeshiftedly lifted with a wrench. While he provided the confidence I lacked concerning cars, his old age rendered him unable to change the tire himself, and I was left to do most of the actual physical labor as he went to his home for more tools.

Now, in addition to my lack of mechanical know-how, I am terribly frail. While struggling to lift the jack, my arm slipped and was slit by some sharp side-thingy on the car. Despite making a small cut, the wound began profusely bleeding. After lifting the car, removing the tire, putting the spare on, and lowering the car, I was left bruised, blistered, and bleeding. I thanked the old man for his help and set off for my home, creeping carefully over every single road obstacle, praying that the spare would hold. Though sore and covered in car grime, I did make it home safely.

I am the smart-yet-otherwise-useless type, at least when it comes to cars and physical work. While a lot of us fit this pattern in one way or another, I hope that my story exposes the danger of such personalities: had I been more familiar with tire replacements, I could have likely avoided a lot of pain that day. Yes, in our day and age, a level head and sharp mind can get you pretty far–but at the end of the day, if you neglect everything besides intelligence, or cooking, or writing, or any other highly valuable skill, you will at some point end up stranded on the side of the road. I believe this is especially important for us Generation Z kids because a lot of things are being forgotten in us, like basic mechanics or cooking or socializing or other necessary life skills–and these skills shouldn’t be bound by sex stereotypes: girls should know how to change a car’s oil just as boys should know how to make dinner for their families. So, next time your dad works on the car or your mom fixes dinner–or vice versa!–watch them and try to learn a thing or two. That way, when life throws a flat tire at you, you won’t be completely stranded. 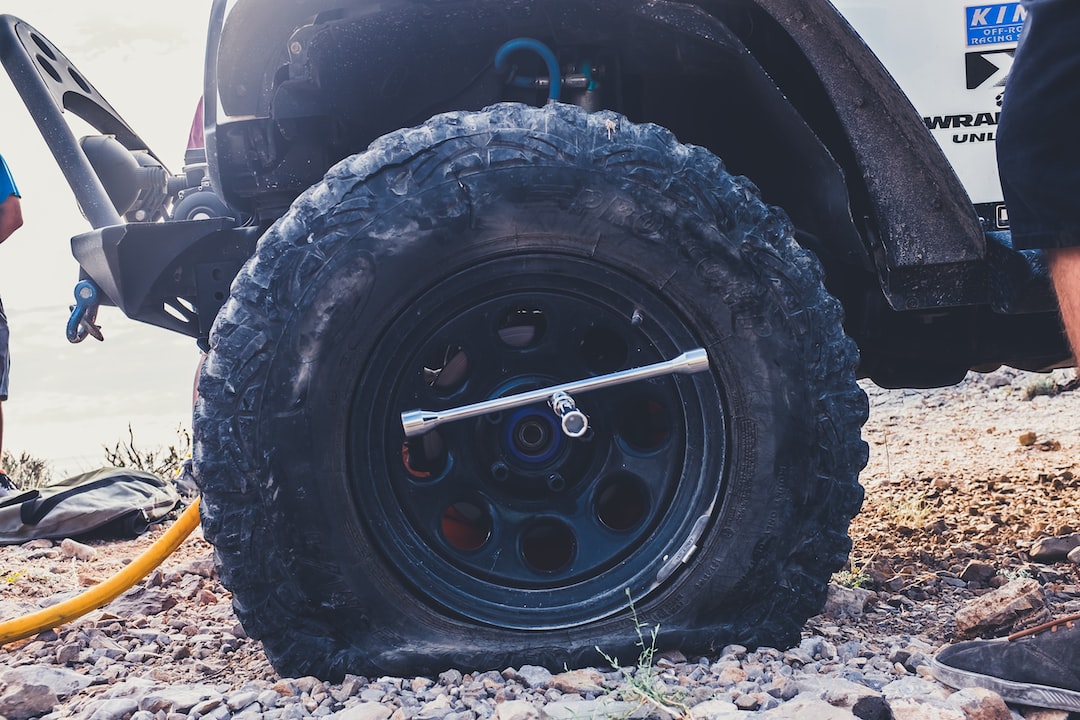 Photo by Kenny Eliason on Unsplash

How well do you think you can change a flat tire? In this essay, the need to know basic life skills is demonstrated through a laughably tragic anecdote about my experiences with a flat tire.