When I was around eight my family and I moved to Colorado from Ohio. Everything was very different. I had come from a big condensed city to the vastness of Colorado with jagged mountains greeting me every time I looked into the horizon. Part of adapting to Colorado life was becoming enveloped in outdoor activities. Everywhere we went we saw hiking boots on every foot and kayaks on every car roof. It didn’t take long for this passion to set in with us. During our first year, in the summer we went fishing and boating, fall was spent hiking, and as winter rolled around we became more and more excited to try our luck at skiing.

It was one of the few things we hadn’t been able to do yet, but as the snowstorms rolled in and the temperatures dropped, we knew our time was coming. My mom wanted to make sure my sister was able to go with us, so as soon as she came home from college we hit the slopes for the first time. It did not take long for me to pick it up. While my brothers and mom were stuck on the bunny slopes I quickly advanced to the green slopes. Asthe winter progressed, I longed for every opportunity we had to go skiing.

On one particular trip that winter, I took on one slope after another building more and more confidence as I went. While I was resting at the bottom of one of the runs my sister came flying up, spraying me with snow as her skis dug in for the stop.

Between laughs she asked,“Hey do you wanna try going to a blue?”

My eyes lit up. This was what I had been waiting for. “Yes!” I said with hunger in my voice.

Eager to advance from the greens ,I  puffed out my chest in confidence as we headed for the lift. On this particular day, a heavy fog had set itself over the mountain, creating an eerie yet mystical atmosphere. While going up the lift we talked, laughed and became so enveloped in conversation and thick fog, that we had no idea that we missed the drop-off for the blue and had headed all the way to a double black.

But once we realized what happened, it was too late. At the very top of the mountain we were forced to get off. Drop-offs on each side of us seemed to taunt my every shaky step. There was not a single skier or staff at the top of mountain. In the absolute silence, the lift chairs creaked as they turned back down the mountain, and a sharp wind whisked through the trees. The fog seemed thicker than ever. Nature itself seemed to mock our loneliness.

Some of the most experienced skiers would not touch this slope let alone eight-year-old me. My sister knew we weren’t allowed to take the lift down the mountain, so she decided we should try our best and scoot down the cliff. Almost instantly we knew that this was not going to work. The cliff was so steep that we slipped down the mountain at a dangerous speed, but were finally able to steer ourselves towards a snowdrift beside the trail.

As we sat there in the drift, my sister bit her lip and suggested, “Hey you should build a snowman.”

I answered, “Okay, are you gonna help?”

With a fake confidence her voice still broke; “No buddy, I need to think.”

Looking back now, I know that she was trying her best to keep me distracted and to be brave.

My sister evaluated all of her options and decided to just try to make a phone call. There was no service on that high and remote mountain, but in desperation, she tried anyway. In something my family describes as miraculous, my sister was able to get a call through to my mom, who then called ski patrol to alert them of our situation. In no time, we were on snowmobiles headed to safety.

As I recall this moment in my life I remember the fear I experienced. And I realize that I could have let this deter me from ever trying to ski again. But I did not. The very next trip I was back on the mountains trying to become better and better. In life a fear of trying new things or failure keeps so many people from progressing or even trying at all. And to me this is so sad. Life has so much to offer and we cannot let fear or failure keep us from trying out new things and receiving the joy and memories that come with them. 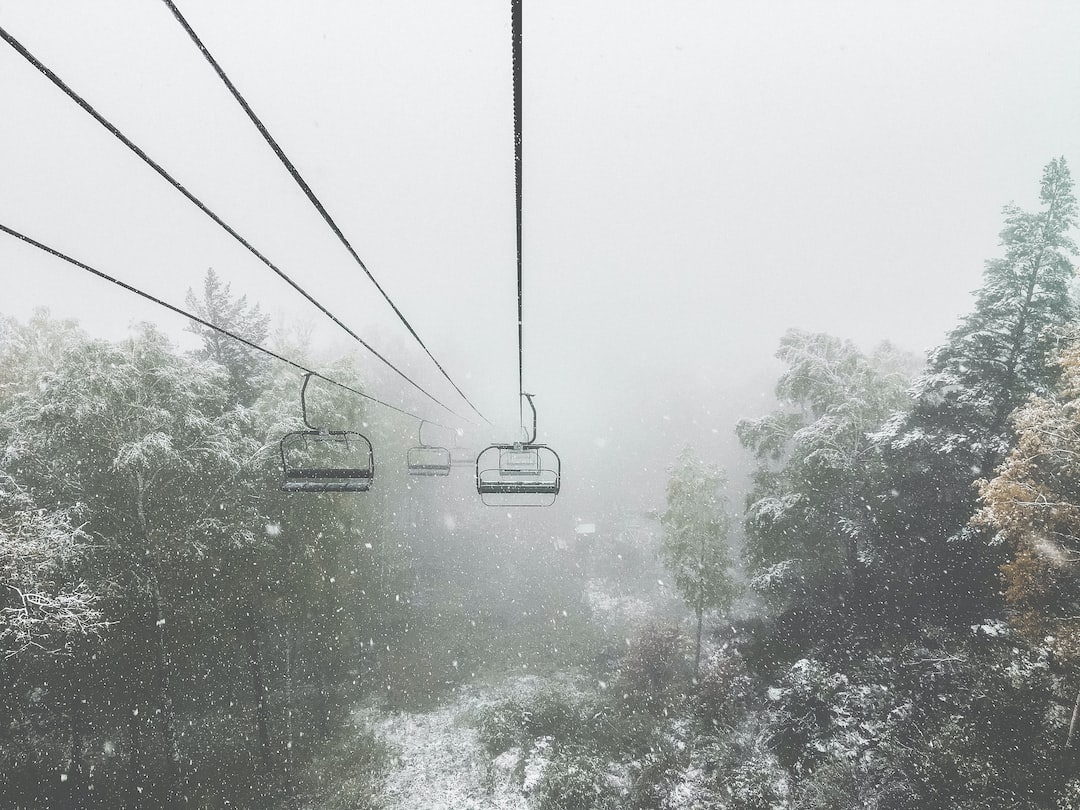 Photo by Andrew Kosobokov on Unsplash

This is a story about me and my sister getting stuck on a very scary double black diamond when i was eight and she was only 15. It was very thick fog and we were all alone.