I am Stardust | Teen Ink

When I was really little, I was fascinated by the beauty of the cosmos. The books in the elementary school library about the planets in the solar system would never be there, I had checked them all out and would read them over and over and over again. I would watch hours upon hours of space documentaries to absorb all the knowledge I could. I would look at the pictures of the universe that my mother would show me, and desperately wish that I could see that beauty with my own eyes. I would stare into the sky for hours at night to watch the moon and the stars, hoping desperately to replicate that beauty.

I remember my freshman year, sitting in my honours biology class, and hearing people say, “Chemistry is one of the hardest classes at Arrowhead, it’s the class that the most people drop.” And I remember hearing that and thinking to myself, I can never take that class, I can’t do it. So I took the class, obviously. I had forgotten about the prerequisite rules that I had set for myself.

When I was really little, I had a nightmare that my room was full of beetles. Flying around every which way with the loudest, most overwhelming buzz clouding out any thought I could have. It was a cloud of blackness and I was terrified, I wanted so badly to get out. I screamed for my mother, but no noise fell from my lips, and she did not come. I was powerless. I was helpless. I wanted it to be over.

A nightmare. I thought it would be like the buzz that’s never left my brain.

A nightmare. This one was sweeter. Almost as if, when people say, “Sleep well and sweet dreams,” that this is what they meant. Not a nightmare at all, nowhere near as bad as I thought it may be.

I cannot believe I almost missed this feeling just because I couldn’t stand the idea of doing work. Somehow, that one class gave me meaning. It gave me purpose. Somehow, it made me see the beauty in the world. What seemed like all numbers and complex formulas and names of different compounds, had a purpose within.

Me and the beetles are made of the same things.

It is a scientific law that there is a finite amount of matter in the universe, it cannot be created nor destroyed, and for a kid that needs purpose, it was a lot more than just a scientific law.

Me and the Earth are made of the same things.

What was once a piece of the Earth: rocks that have broken down over millions of years, water that has been around since the birth of the planet, a breath that a large cat exhaled in the time of the dinosaurs–those molecules could be a part of me.

Me and the universe are made of the same things.

Cosmic radiation that’s billions upon billions of years old, carbon of stars that are so far away I couldn’t dream of seeing them in even a hundred lifetimes–that could all be a part of me too.

When I was really little, I was really damaged. And I wished desperately for there to be beauty in my life, for something to make it better. I would stay in my house all day, afraid of the world and what it had to offer, to stare at the sky and the mysteries it held instead. It was beautiful. I wanted to be out there.

And now that beauty has been found, within me. I am already everything that I ever wanted. That class I thought would be a nightmare, was my reason to live. The universe is so beautifully composed, and we are made up of the same materials. I am beautifully composed. 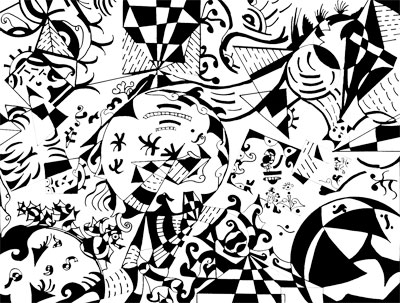