I woke up at around 11 am and got ready for the day. It was the weekend so my mom said that we should go out, and I agreed. I went to pet my dog who looked more tired than usual. I ignored it and went to eat breakfast, which consisted of eggs and sausage. Later I got ready to get out and I put on a red collar around my dog. He looked tired, and I got worried, but then my mom told me we were late, and everyone was at the restaurant. We quickly left. When we arrived at the car, I decided to tell my mom that I noticed that the dog wasn’t looking that well.
She said, “Kim he’s probably just sick, you don’t have to worry about anything.”
I believed her, and we continued our day with friends; I was still a little worried about my dog.
When we arrived at our home it was dark. I noticed my dog was barely walking.
I told my mom “Mom I don’t think the dog is all right; he looks really sick.”
My mom looked at the dog and agreed with me and told me she was going to take the dog to the vet tomorrow. My dog could barely eat anything, and if he ate, he would only eat tiny portions. I started thinking about the worst possible outcomes and my eyes became full of tears, and my mom noticed I got sad.
She told me, “I will go to the vet first thing in the morning and when you wake up, he will be healed.”
I felt better from her words and looked over at my dog, laying down on the carpet, not eating the entire day. My mom would try to make the dog eat, like give him foods he loves, but he still refused it. He finally started eating a bit of meat, he didn’t eat that much but still better than eating nothing the entire day. The dog would also start peeing a lot, so my mom put dog diapers all over the house.
The next morning around 8-9 am, my mom got ready and took the dog to the vet. When she arrived, she had to wait about 30 minutes for the other dogs to finish. She was about to leave and go to another place, but the vet called her in on time.
The vets looked at Rolli and told my mom, “The dog is fine, he isn’t sick or anything, he just needs to take an overdue vaccine and he will be much better.”
My mom said ok and the vets prepared the needle for the dog. My mom waited a bit for the vets to prepare the vaccine. After their preparation, the vets held the dog tightly so he wouldn’t move. My dog yelped a bit, and the vets were over in a second.
They told my mom, “The dog will be much better in a couple of hours, if he isn't, or something else happens call us and we will take care of it.”
My mom thanked and paid them and went home. I woke up when I heard the door open and ran straight for it.
I saw my mom and she happily told me, “The dog should get better in a couple of hours; he is fine now.”
I was so happy and excited. The dog did start getting much better, and he looked just like before, like he was never sick. But, two weeks later he started getting worse than before.
I woke up one day, almost two weeks after my dog got sick, and went to the kitchen to eat breakfast. I saw my dog wobbling a lot when he was walking like those puppies who still don’t know how to walk. I called my mom since she was at work, and I had no school that day and told her the dog was not walking normally.
My mom said, “Maybe he is tired, if anything else happens I will call the vets and have them check out Rolli.”
I continued eating while looking at my dog. I gave him some food, but he refused, which was weird because he never refused food. When my mom came home, I told her he wasn’t eating again, and she called the vets to tell them what happened. They told her to bring him around 8 pm if the dog still looked sick. My mom said ok and hung up. She told me it would be all right, and I started crying a bit. That night we both hurried to the vets since the dog had been getting worse and throwing up. The vets took the dog from my hands and told me that he’s in safe hands and will be all right. They checked out his organs with an MRI and saw that his kidney had failed. I started panicking and the vets told us that they would operate him, and we would get the dog back in a couple of days.
It had been a week since I saw my dog for the last time. My mom called them, and they told her he was still sick, and they were trying to help him. My mom hadn’t told me any of that, she just said he was resting so I wouldn’t be sad. I believed her and waited for my dog for a week. She got a final call from the vets telling her my dog won’t make it. That day she decided to tell me the dog was going to die. The vets gave her 2 options, either to see him for the last time or end his life by giving him a drug that kills him with no pain. I told her the second option is better, so he wouldn’t suffer any longer. The next morning, they told her the dog was dead. I started crying a lot and didn’t stop for a month. 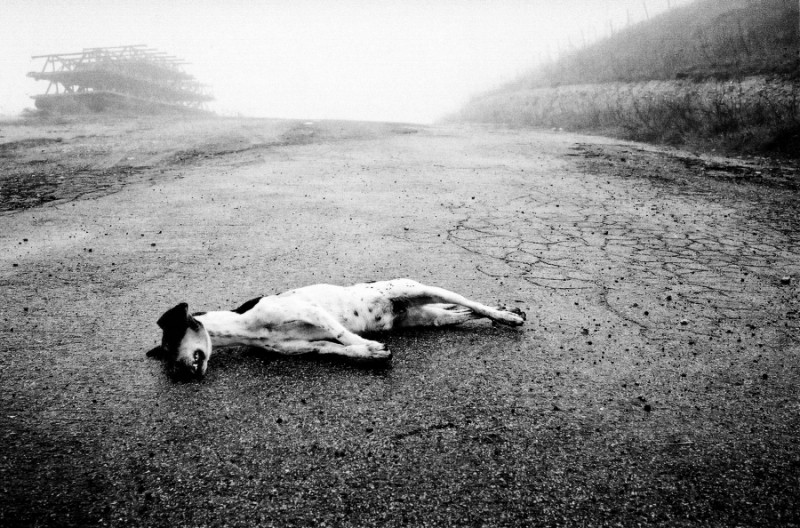 This piece was based on a real-life depressing event that happened to me. Losing your dog is like losing your other half. Dogs have a big impact on our lives, they are our friends and family for life. When they die it feels like one of your parents died because of the strong connection you built with that dog. I could barely do my normal activates after finding out my dog had died. It took me at least 1 month to become better and actually go to school.

It has now been 4 years (almost 5) and I still feel sad when I think of my dog and see our old photos and videos. The impact that little dog had on me was very big and he forever changed me.

Favorite Quote:
Air goes in and out. Blood goes round and round. Any variation is bad.