2008 has been quite an eventful year. From the Beijing Olympics in August, to the historic presidential election in November, and everything around and in between, this year has been one amazing year. Now, in no particular order, I am going to sum up 2008 in just a few lines or more.

Barack Obama becomes first African American U.S. President. Just last month history was made when Senator Barack Obama beat John McCain on Election Day, but you know the story. Michael Phelps dominates the Beijing Olympic pools. This fine athlete brought home eight gold medals from Beijing making him the first Olympic athlete to ever win that many golds in one Olympic season and also giving him billions of friends on Facebook. Sarah Palin helps SNL get viewers. Thanks to Alaskan Republican Sarah Palin's mis-haps, catch phrases and general personality, comedian Tina Fey was able to spice up Saturday Night Live's political skits with sayings like, "I can see Russia from my house" or "Katie, I'd like to use one of my lifelines." Speaking of Sarah Palin, her 17 year old daughter, Bristol became a publicity scene because of her pregnancy. The rest is self-explanatory. Speaking of pregnant teens, teenage pregnancy became seen as "okay" possibly because of Jamie Lynn Spears, The Secret Life of the American Teenager, 2007’s Juno, or Bristol Palin. Speaking of pregnancies, the world saw its first Pregnant Man?! Even though it appears to be a man from the outside, it is actually a very confused and attention craving woman. Enough said.

Stephenie Meyer had a phenomenal year with everyone and their mothers reading her best-selling series. Breaking Dawn also became a best-seller by selling 1.3 million copies on its release day in August. Kanye West “sucks” at Bonnaroo. This past summer at the stereo-typed “hippie fest,” Bonnaroo, Kanye West was planned to perform his Glow in the Dark tour but showed up “fashionably late” after the show was delayed two hours from its original time. The crowd chanted “Kanye sucks,” and this is why rappers should not perform at Bonnaroo. The Dark Knight sets new box office record. The movie we anticipated for all summer long brought in a whopping $155.34 million its opening weekend, beating Spiderman 3’s previous record of $151.1 million. Brokeback Star, Heath Ledger dies from accidental overdose. This news literally broke in on the news while I was watching it that day just an hour after it happened. I still don’t understand how the Olsen twin or her bodyguard is involved. YouTube’s adorable “Charlie Bit Me” strikes the nation. It isn’t just the fact that they are two little boys, but it’s Charlie’s brother’s accent that is too cute. The New Kids are back on the Block. That’s right. The original boy band re-united this year and had a reunion tour. Unfortunately, this generation of high schoolers didn’t even know they existed and only older women showed up at their concerts. Britney Spears makes a comeback. After winning every MTV VMA moon man possible and releasing a new album, she is finally becoming sane again, maybe. Miley photos cause gossip. Miley Cyrus’ “Vanity Fair” photo shoot where she is topless but covered in a blanket causes everyone to talk. She also had personal photos this year leaked out onto the internet and YouTube, but she has to have some publicity and her voice doesn’t do the trick.

Apple has had a great year with their new iPod nanos, MacBook Air, and iPhone 3G, and coming in 2009, the phone that does everything! It comes with iTunes, YouTube, Bluetooth and all of the “normal” cell phone features plus x-ray technology, movie-maker, heat map graphical representations, TiVo, a smoothie maker, Red Sox season tickets, a shopping spree at Barney’s New York, and your very own authentic Gucci hand-bag. All for a starting price of $12,345,678.00, and it is also “eco-friendly.”

DJ AM and Travis Barker injured in plane crashed. In September, the musicians were survivors of a plane crash in South Carolina while the four other passengers were killed. AM suffered from facial burns while Barker suffered from burns the waist down. Luckily both are still able to do what they do best, entertain. 90210 returns on The CW. Even though it is a whole new cast, with a few cameos from the original cast, it is still the same zip code and, therefore, still full of drama. The writer’s strike ended in Hollywood. After going months without certain regular programming on television, the writers gave it a rest and went back to work making everyone in America happy because companies like CBS, MGM, NBC, News Corp/FOX, Paramont Pictures, Sony Pictures, Warner Brothers and even Walt Disney were back to normal. Kanye West starts trend with shutter shades. These plastic sunglasses with bars across the lens might look cool but they just might be the dumbest things ever.

Other Events- U.S. falls into a recession. Grayson County and bordering counties and states feel a minor earthquake. Gas prices sky-rocket and then lower in the same week or day. Madonna divorces her husband and befriends Yankee third-baseman Alex Rodriguez. Everyone including Kid Rock, Jessica Simpson, Bobby Brown, Sisqo, Diana DeGarmo and Dee Snider decides to give the country music industry a try...and fails.

Movies- The Dark Knight, Walle, Iron Man, Indiana Jones and the Kingdom of the Crystal Skull, Hancock, Sex and the City, Quantum of Solace, Twilight 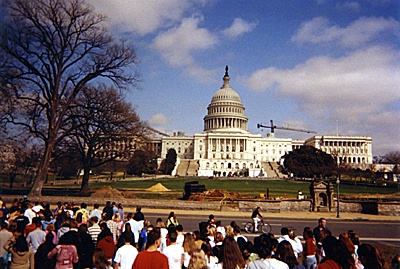 Favorite Quote:
The universe must be a teenage girl. So much darkness, so many stars.
--me

View profile
This is a really informative article. 2008 was a pretty memorable year.  Another thing to add: The Phillies won the World Series! :)