“Touche touche you back away, From this cruel cruel occupation you're the prey, In the jaws of the tiger”
(From “Raging Red” by Dear Leader)

I always thought that only humans can bully each other, but I was wrong.  Sparky is a black eight-year-old Maltese poodle.  We’ve been together since I was a tyke. We always play fetch, and I rub her belly, and she licks my hand.  Sparky and I were best friends, but I was always at school and both my parents worked, so Sparky would get really lonely.  I wanted to get another dog to keep her company.
For my eleventh birthday, I asked for a puppy to keep Sparky company.  Surprisingly, I got one.  She was the smallest, most energetic fur ball I’ve ever seen.  She was a little toy poodle, the size of a teacup poodle.  I thought Sparky was small, but Nelly was about a fourth the size!  She has what they call a tuxedo print on her fur; she was completely black except for a little white chin, four white paws, and a white chest.  We named her Nelly.
Nelly was so dang cute that everyone wanted to pet her, hold her, and keep her.  She was the light of the party, so small, so cute, so innocent.  While Nelly was getting all the attention, Sparky was left in a corner forgotten.  I loved Nelly, but I couldn’t help but thinking; maybe this wasn’t such a good idea after all.
We started to include Sparky more and get her to play with Nelly, but their age difference was so big that they just couldn’t get along.  Sparky was always nice to Nelly, though or she was afraid that she’d get in trouble if she refused to give Nelly something.  When Nelly wanted a toy or a treat that Sparky had, she bark and bark and bark until Sparky would give it up.
Sparky never fought back or stood up to Nelly.  Nelly took advantage of this.  She started to rise to the top.  The society they lived in turned into a dictatorship lead by Nelly.  Nelly got first pick of food, toys, treats, beds, you name it!  We tried to discipline Nelly, teach her some manners, but it was too late.

If Sparky has something that Nelly wants, then Nelly starts to chew her out, sometimes even jump on her and scratch at her.  Nelly has turned from a small, cute, and innocent puppy to a cruel, evil dictator.  We monitor her every second of every day and punish her if she is mean to Sparky.  This disciplinary act has no effect on her, she is still the prime ruler of the Cimos family residence. 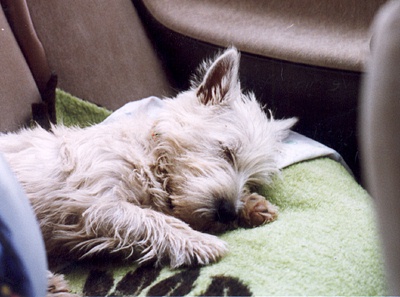