“Look at her,” the cruel kids whispered.“She’s so weird! She never talks to anyone,” they continued. Tears burned in myeyes. Why did they judge me? Sure, I was a shy sixth-grader, but they had never even talked to me.They didn’t know about my sense of humor and hadn’t heard my silly stories. Sadly, theyweren’t the only ones who judged me.

It always seemed as if teachers would pick me toanswer questions that lowered my self-esteem. And they’d make comments like,“Haven’t you made any friends?” or “Who do you hang out with?” Whatdid they want me to say? I wanted to scream, “Shut up!” but instead I blushed andshrugged. As much as I hated their assumptions, I didn’t know what I could do toprove them wrong.

My English teacher was one of the worst. She was an obnoxious woman whowould ask, “Don’t you talk? It’s rude not to respond to your teacher! Do you wantto go to the office?” If I did participate and wasn’t loud enough, she’d say,“Why do you talk like a little mouse?” These words would haunt me, unless I could dosomething to shock them all.

Finally, I knew just what I had to do: try out for the schoolplay. I actually got a decent part and those in Drama Club soon realized I was not so quiet when Iwas comfortable. Yet, even coming out of my shell did not erase the old views of me. The day afterthe first show, my art teacher stopped me in the hallway.

“You’ve always been amousy girl,” he said. “What made you want to try singing and acting? I reallydon’t think it’s your thing.”

How dare he! Acting wasn’t my thing?I know I can’t do sports, and I’m not a great singer, but if it’s something Ienjoy, who is he to say whether or not I can do it? This insensitive comment could very well havepushed me right back into my shell of silence. Instead, it made me push myself that much more andstrive to be an outgoing person.

It was hard, but I started answering more questions inclass. I also got a solo in the chorus concert. I was determined to prove everyone wrong. Peoplestopped underestimating me by the beginning of the next year. The only person left was that sameart teacher. I proved him wrong by getting a major role in the seventh-grade play. I worked hardand sang my heart out, enjoying the sweet victory of success. 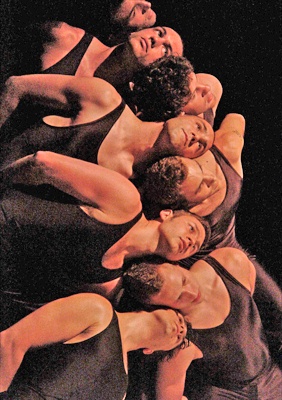 Favorite Quote:
Always Accept nd love urself for who u are!

View profile
This was a good one.. i liked it. i'm a shy person too
SarahNearol said...
on Apr. 12 2009 at 5:28 am
That is so powerful. I loved your determination and success. Keep working hard like that, and you'll go to the top!