First of all, I would like to give you my utmost congratulations on your election. It was a thrilling campaign! To refer to the business before us, it has come to my attention that it will be necessary to address our current government policies, as we have only just won the war against the Spaniards and Filipinos; therefore it is important to decide how we will proceed. There are three policies that I believe we should consider; expansionism, imperialism, and isolationism.

Reasons for Expansionism and Imperialism:
1) It is important to maintain military bases and ports on all corners of the world in case a war breaks out so that we will be able to defend the United States and our allies.
•
William Crouse once said that he and his soldiers were always waiting for an attack. The question was not if, it was when. We must be ready. We currently have bases in Hawaii and the Philippines and they are important in protecting the west coast of the U.S.
•
It is important to maintain refueling stops for American ships for their long journeys across the Pacific to Japan and China.
•
It can offer protection to our merchant ships when traveling across the treacherous waters by allowing our ships to go to a port of an ally for shelter if they are attacked.

2) If we wish to sustain our position as a world power it is imperative that we follow an expansionist policy and gain more land in order to stay ahead of other European countries.
•
We do not want to be outnumbered or surrounded, as we would have no means of defending ourselves if we were to be attacked from all sides.
•
It is important to protect the land that we already possess.
•
As President McKinley once stated in regards to the Philippines after the war, “We could not give the Philippines back to Spain-that would be cowardly and dishonorable.”
•
McKinley also said that “We could not leave them to themselves-they were unfit for self-government-and they would soon have anarchy and misrule over there worse than Spain’s was.”
•
It has benefited us greatly to have acquired Puerto Rico, Guam, Alaska, the Philippines, and although we do not own Cuba, we have control over it; it would be even more beneficial to keep expanding to secure U.S. superiority.
3) It is also a positive impact on our financial system.
•
We should sell our goods to other countries. Japan and China would be beneficial to trade with the United States. In order to do that we would need to expand to Asia.
•
Employing the Asian community saves the U.S. money. The Japanese and other Asian workers do not work for high wages. If we implement an expansionist policy, we can hire workers who will work for very low pay.
•
Placing corporations such as GE, Ford, and Coca Cola in other countries strengthens our economy.
•
We can also export our technology to people in other countries that are ignorant of these methods. They will pay for these technological innovations because they do not possess it themselves. This further strengthens our financial stability.

Reasons Against Expansionism and Imperialism:
1) It is hypocritical to American ideals and beliefs.
•
We declared our independence from an imperial power, Great Britain. It would be highly contradictory to then become an imperialist power since our country was founded on the belief that imperialism and expansionism are wrong. We broke away from Great Britain because we wanted to have freedom of religion and to be able to follow our own beliefs and constitute more just laws.
•
The Philippines did not allow us to take over their country; we subjugated them by force.
•
Policies established are “hostile to liberty.” If the U.S. imposes its belief system, we contradict our Declaration of Independence.
•
It is important to focus on our own issues regarding industry, government, and the economy.

2) Wars or Revolts can occur if we try to capture other countries.
•
Nativists will fight back against us which will sacrifice American lives during conflict.
•
Both the Philippines and Cuba didn’t allow us to conquer them; we had to win a war against them. It cost us $400 million dollars to suppress the Filipino revolt.
•
We fought back against the British when their government became too punitive and controlling; we could face the same consequences.
•
Other imperial powers might pursue the same country and fight us for it. The Spanish-American War occurred when both countries sought Cuba and the Philippines.

3) It is very expensive and exploitive to expand by taking over other countries.
•
Military operations and wars are very expensive. We have to pay the salaries of our soldiers plus pay to build ships and artillery, as well as incur the cost of the additional weapons and supplies that we will need to win a war. It cost us $250 million dollars to fight the Spanish-American War.
•
The cost of building bases, ports, harbors, canals, and roads in foreign lands is expensive; moreover, the chances of those countries allowing us to do so are highly slim. This will lead to revolt of which we will have to defend ourselves against.
•
We deplete other nations’ resources as well as potentially wipe out their languages, religion and culture. These are not the ideals upon which our country was founded.

Mr. President, it is in my professional opinion that our country should not become an imperialistic power. I believe that the wise and diplomatic decision would be to implement an expansionist policy in measure when dealing with other nations. I concur that it is acceptable to go to other countries and introduce our beliefs. However, I do not believe that we should do this by force. We are just recovering from a war, and we need to save our pennies. It would benefit our country to gain allies across the globe by trading and offering our technology, but we must be careful so as to not spark a war by going where we are not welcome. It would also be unwise to be isolationists, as we receive a large amount of money from our trade with foreign nations, plus we would be arrogant to assume that we cannot learn from other countries. Additionally, it would be unjust to not share our knowledge with the world, as many countries are not as fortunate as we are and they are not gifted with the resources of the United States. It is understandable to share our culture and beliefs with other countries, but I feel that it is foolish to force our doctrines upon them. Therefore, I believe that the best option is to proceed with expansionism in moderation. 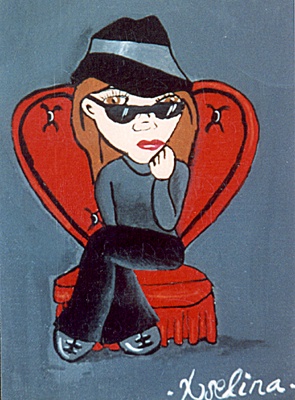