A salamander is a lizard-like creature with a long, streamlined body, short legs, and a blunt nose. Most types of salamander have four toes on their front legs and five on the back legs. The term ‘salamander’ covers roughly 500 species of amphibian. Salamanders have moist skin, so they live in habitats in or near water, like wetlands. Several species are completely aquatic; others can live in water or land, while still more are ‘entirely terrestrial’ (as adults). These vertebrate amphibians are unique, for they can regenerate lost limbs and other body parts as well. For example, if cornered by an inquisitive human, they can leave their tail behind- which will continue wriggling for some time- and escape. They regenerate the lost appendage later.
Most salamanders are between ten and twenty centimeters long, but some are very different. Some minute salamanders are only 2.7 centimeters (tail included) while the Chinese Giant Salamander can reach 1.8 meters and weigh up to 65 kilograms. They shed their epidermis and eat the dead skin regularly as they grow.
Some salamanders breathe through external gills while others use lungs like mammals. Still more do have neither lungs nor gills and breathe through their skin like frogs. Species with lungs can breathe like this as well. Their skin is covered in mucus, which helps keep them from drying out when on land. Poison can also be secreted in this manner or pheromones during mating season.
The way salamanders capture their prey also differs from species to species. Salamanders without lungs can shoot their tongue- and a connecting bone- out their mouth, where the mucus on the end of the tongue sticks to the desired prey. Tongue and bone are ‘reeled’ back inside the mouth using muscles in the ‘pelvic region.’ The types of salamanders that live in water have tiny teeth they use to obtain food.
Salamanders are found in Europe, North and South America, Asia, and a coastal section of Africa. There are ten common types of salamanders: Giant salamanders, Asiatic salamanders, Mole salamanders, Congo eels, Pacific Giant Salamanders, lungless salamanders, mudpuppies and olms, torrent salamanders, sirens, and newts and true salamanders.
The habitat of these unique amphibians is shrinking, mostly due to climate change,

deforestation, and a ‘fungal disease’ called chytridiomycosis. Steps must be taken to

protect this creature before it disappears like many of its amphibious relatives. 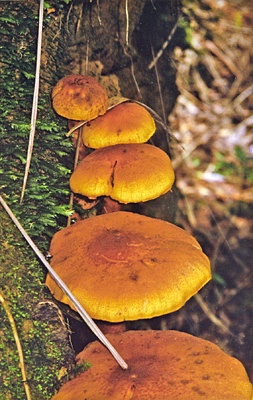 The author's comments:
Personally, I love creepy, crawly things. So, naturally, I write about them.
Post a comment
Submit your own