Annexation of the Philippines | Teen Ink

Annexation of the Philippines

In 1899, the United States annexed the Philippines after a short but bloody war with Spain. These rich, plentiful islands full of resources were in great demand. The U.S. saw the Philippines; fighting against Spain so like them when they were rebelling, and decided to step in and aid ‘the spirit of 1776’ (Doc. A). However, the question still remains: should the United States have annexed the Philippines? The answer is an emphatic no. It was a waste of money and resources, they were as cruel and inflexible as Spain in their opinion of how to treat the natives, and it went against all governmental beliefs the U.S. stood for. Annexing the Philippines was not a wise decision.
Although the idea seemed great at the time, annexing the Philippines was a major waste of money and resources. As William Jennings Bryan said: “It is not necessary to own people in order to trade with them.” (Doc. D) The U.S. wanted the resources and annexation was not the only option. Although Woodrow Wilson insisted that “they were unfit for self-government,” (Doc. C) how was that determined? If they had been given, say, a trial period or the like, it would be much less expensive than the U.S. setting up naval bases, American governors, and other necessary command posts. America could have stepped in later and not have to foot the bill. Much money was spent shipping soldiers there, and creating governments and schools when the Filipinos would have done that by themselves (and with no cost to the States) if left alone. The money poured into the Philippines should have been put to better use within the Unites States’ borders.
Another reason not to annex was our behavior in the Philippines. According to Abraham Lincoln: “No man is good enough to govern another man without that other’s consent. When the white man governs himself, that is self-government but when he governs himself and also governs another man, that is more than self-government- that is despotism.” (Doc. A) He was referring to the white man’s tendency to treat people with different skin colors as inferiors, which certainly happened in the Philippines. As Albert J. Beveridge pointed out in Document B, “would not the people of the Philippines prefer the just, human, civilizing government of this republic to the savage, bloody rule… from which we have saved them?” Just, human, civilizing? Strict, biased, Christianizing was more like it. In these islands, the United States of America once again made the same mistake it had made with the Native Americans. Determined that there way was the best way, ‘the slaughter of the Filipinos’ (Doc. A) commenced. Less Filipinos died in the three hundred and thirty-three year Spanish rule than the 1.5 million that fell under America’s forty-eight year annexation. It would have been more humane to leave the Philippines as a separate nation.
The most obvious argument, and the reason the United States finally freed the Philippines in 1947, is because controlling them was imperialistic and hypocritical. The president of the time believed ‘that we could not leave them to themselves- they would soon have anarchy and misrule worse than Spain’s was.’ (Doc. C) If France had decided such, after defeating British forces with the newly formed U.S. of A, the Unites States would have fought as wholeheartedly as the ‘Filipino insurgents’ (Background essay). Annexing this new nation was against all America had fought for. As William Jennings Bryan put so well in Document D; “Some argue that American rule in the Philippine Islands will result in the better education of the Filipinos. Be not deceived… (We) dare not educate them lest they learn to read the Declaration of Independence and the Constitution and mock us for our inconsistency.” That says it all.
The United States of America annexing the Philippines was a grave mistake; it never should have happened. It was a waste of money, hypocritical, and in the end America’s hands were just as bloody as Spain’s. “(D)o we owe no duty to the world?” (Doc. B). A duty is owed, but not one of murder and insensitivity. Annexation was meant for the best, but never should have occurred. All the men, women, and children killed, some for no reason other than that they were there. Trying to control another nation never ends well for either side. One would think by now that countries have learned their lesson now… But those who don’t learn from history are doomed to repeat it. 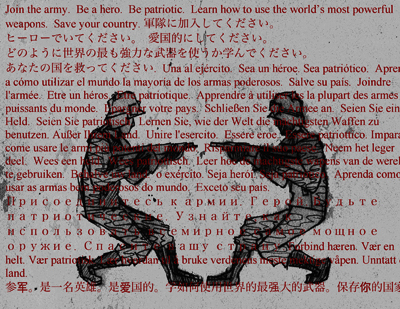