An Ongoing Battle In Society

Imagine a woman giving birth. I know not a nice image for me to put into your head but now imagine the people helping her, bringing that small baby into the world. It’s the doctors, the nurses, these people spent years training in medical school to save lives, deliver babies and cure diseases. Also, teachers are the people who influence youths of yesterday, today and tomorrow into what they will pursue in their lives. They teach youths, they teach you who is reading this, to help you gain jobs in law or journalism or medicine or languages or another career. But what I don’t understand that these important people in society are invisible, compared to the people who are taking up our attention instead. These people who make a difference to our culture, who could save one persons life and give an opportunity to another are underestimated and when it comes to the La-La world of celebrity they are ruled out.

The thought of, for example, a footballer earning 10 times as much as someone who may save your life, if it’s the police or somebody on the medical team, it makes steam pile out of my ears just because they get to kick a ball around for 90 minutes and scoop up more money than 100 “regular” people put together. Yes, I must agree, celebrities are important people and are respected in what they produce, Elvis Presley, Jennifer Aniston, Beyonce and that’s to name a few, they bring advantages to many professions such as hotel companies, big shop chains, or magazines but should in all fairness they get paid more dosh than somebody who is responsible for the health of the future? My answer is no. They should be paid equally… at least.

I feel strongly, that somebody like Paris Hilton, who doesn’t actually work for her money and just happened to stumble into fame because of the hard work of the family before her, seems to get paid billions for absolutely nothing besides making a plastic Barbie of herself. She seems to be acknowledged in her money packet more than someone who actually serves a purpose. Now, I don’t know Paris Hilton personally so forgive me for being a little biased, but there is some injustice.

There are some celebrities Steven Gerrard, Lindsey Lohan and Lily Allen who have been in the limelight for causing havoc; excessive drinking, fighting, rude behaviour on football pitches, inappropriate swearing, drug abuse. Basically, it’s behaviour like this, fronting the pages of daily newspapers that is a small fraction of the reason, we have tearaway teenagers. And ‘tearaway’ is putting it mildly. That may be the case and in my opinion I think the celebs have been carried away with it all but who is the main audience of these self-centred celebs? Teenagers! The youths are being influenced by people who earn more money than they have sense but blow it all away. Is this the example that should be set? No! The example that should be given is dedication, hard work and commitment to their work like Policemen/women, teachers, doctors, nurses, lawyers. These are the people who need to be brought out of the shadows and influence the people of today. Some of these hard-workers do their jobs for the satisfaction, the thrill of helping others rather than the money. So who is with me when I demand that they should be rewarded?! 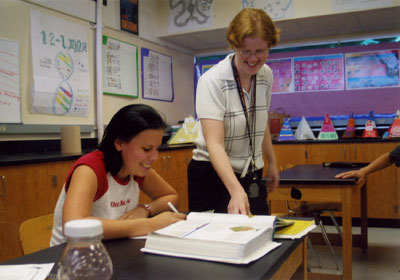