The Serpant and The Dove- the battle between christianity and satianism

Christianity and satanism had been at war for centurie but to understand where this all came from we first have to go back to the roots of satanism and christianity.

The devil, or satan, first appeared not in christianity but as the zorostrian figure  of Angra Mainyu or Ahriman, who opposed the zorostrian creator or god. Later, Satan is portrayed in the jewish religion Kabbalism as a demon, then eventually made its way into christianity. The name “satan” originally appeared in the book of numbers in the bible. This name was used as a term to describe defiance. In the book of Job the devil is an accusing angel. In the new testament satans is finally described as the main nemesis of jesus christ and is depicted as complete evil, this is the figure that satanism directly references.

In the romantic period stan went from being viewed as an evil monster by christians to being viewed as an anti-hero by romantics, thus starting the first symptoms of satanism. A resurgence of viewing stan as an anti- hero happened during the end of the 19th century. For example, William Blake presented the devil as a messiah in the book “The Marriage of Heaven and Hell”. Another example is around the time of “The Marriage of Heaven and Hell” the founder of Theosophical Society, Madame Blavatsky, wrote about Satan offering humanity knowledge and wisdom. Satan was also employed in socalist writing by those such as Karl Marx.

One prominent satanist was Aliester Crowley who viewed satan as a symbolic figure, resembling rebellion to the universe as mentioned in his poem “A Hymn to Lucifer”. Another satanist is Anton Lavey, a former carnival worker and musician. He formed the Church of Satan. In 1969 Lavey’s satanic bible was published.

Now that we have covered some history of satanism, let's dive into the conflict between satanism and christianity, “The Satanic Panic”. In the 1980’s accusations of ritual abuse at McMartin Preschool led to a trial infamously known as the Mcmartin Preschool case led to the everlasting event known as “The Satanic Panic”. This “Panic” was caused from a fear of widespread cults committing seuxal abuse, infant sacrifice, and mind control. These cults were believed to be highly organized and spread through police forces and the government. People who saw themselves as the main defense against satanists were psychotherapists and children welfare advocates. These people stood alone in their convictions on how credible “victims” were and receiving, if you trust their word, threats from cults. By the 1990s people convicted of satanic ritual abuse rose to the hundreds. The Problem with these convictions is that the evidence was almost entirely memories.

In conclusion, the battle between the serpent and the dove has been going on for centuries influencing the lifes of millions around the world. 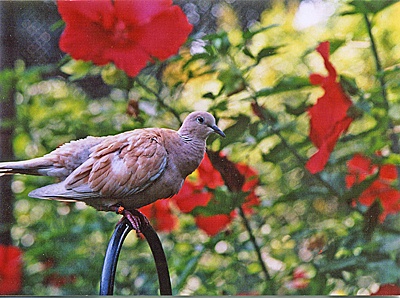