Black Lives Matter and Retail: The Assimilation of Radical Movements in Capitalism

Following the tragic death of George Floyd in May of 2020, the Black Lives Matter (BLM) movement underwent an unprecedented surge in support. Thousands of petitions, protests, marches, and strikes challenged the legitimacy of American policing practices and demanded institutional change in the criminal justice system. With such widespread advocacy for the movement, the possibility of change seemed to rest just beyond the horizon. However, undermining BLM’s era of sensationalism was a covert and far more encompassing force of the corporate world, eager to capitalize on the movement—a barrage of BLM sweaters, clothing pins, and ice cream ensued. Sporting BLM merch and consuming BLM products became synonymous with activism. In this paper, I will argue that corporate advocacy for social justice movements does far more harm than good by analyzing the role that retail companies in the degradation of BLM as a time-relevant example. First, I will establish the anti-capitalist origins of BLM, then I will analyze the incorporation of BLM into capitalism through the framework of two major stages. Finally, I will evaluate the alienating nature of this process and its implications on the evolving preservation of late capitalism in America.

While many Americans associate BLM with defunding the police or equal treatment between races, the movement aligns more closely with radical politics than liberal reform, challenging the mutually enforcing relationship between capitalism and racism and calling for a deconstruction of both structures. For a more concrete definition, let us refer to the Movement for Black Lives (M4BL). M4BL is a coalition consisting of over 50 Black activist organizations, including Black Lives Matter. Its website describes BLM as a “[push] toward collective liberation,” a phrase with heavy revolutionary connotations. The rest of the M4BL website is far from liberal as well—the platform adopts Marxist diction to advocate for anti-racist, anti-capitalist, and anti-patriarchal policies, such as “a radical and sustainable redistribution of wealth,” reparations for historically marginalized communities, and deprivatization of natural resources and education. Furthermore, co-founder of BLM Patrisse Cullors stated in an interview that she and her colleagues are well-versed in Marxist theory and even consider themselves Marxists. (Unsurprisingly, this interview was eagerly milked by right-wing news sources to expose the so-called dirty socialists betraying the liberal facade of the popular movement, which, in and of itself, is an indication of the distillation of BLM to a more politically apathetic audience.) Evidently, with both M4BL and the leading figures of BLM nodding toward the movement’s radical intentions, the post-2020 association of BLM with indolent liberal activism feels all the more disillusioning.

It is apparent that BLM has far derailed from its original purpose. And while several factors operate jointly to cause this derailment, the retail world’s response to the movement was particularly garish in its adoption—and engulfment—of BLM into liberal capitalism. Often through painfully ingenuine declarations of support and virtue signaling, the frequent tendency for retail companies, many of which notoriously thrive off of rigid power hierarchies and unsavory labor practices, to express support for this movement comes off as comically ironic. However, this phenomenon must not be seen as a logical anomaly but a reflection of an important characteristic of late capitalism: that it is far more effective to distill a movement’s principles and incorporate them into the company rhetoric than to actively suppress them. By tying anti-capitalist movements into the appeal of liberalism, opposition to capitalism becomes a product in and of itself. The process of commodification by retail companies, then, can be distilled into two general stages. I will refer to the first stage as defensive support, characterized by the vapid public declarations of support and accountability that companies spewed the first few weeks after George Floyd’s murder. Evidently, this immediate response is “defensive” as its intention is to avoid any negative association with brand ethics. It also effectively allies BLM with capitalist rhetoric, fundamentally denaturing the connotations of the movement and locking in its inevitable exploitation in stage 2, offensive support. Having dodged public criticism by supporting BLM, retail companies realize the profitability of loose allyship and take advantage of the movement’s relevance. Through social justice advertisements and merchandise, the BLM turns into a marketing tactic. The movement loses its integrity entirely—not only is it engulfed within capitalism, it perpetuates it.

The defensive support response can be identified in most sizable retail chains, expectedly coming off as clumsy, disingenuous, and forced: “Amazon stands in solidarity with the Black community,” the company tweets while working its employees to exhaustion. “Let me say clearly to our Black and African American associates and communities: We hear you,” echoes the CEO of Walmart as the company discreetly pulls All Lives Matter t-shirts from their clothing lines. These hypocritical efforts to conceal blemishes in company image not only undermine the authenticity of such public declarations but render them misleading and false. And when supplemented with thousands of accounts from Black workers who have experienced unfair treatment due to their race and received no demonstrative effort from the aforementioned companies to fix these issues, it becomes clear that the intentions behind these feel-good statements are fundamentally corrupt. In fact, upon closer inspection, many public statements flaunting support of Black Lives Matter contain alarming language within themselves. Take a Tweet by Adidas, for example: “The success of Adidas would be nothing without Black athletes, Black artists, Black employees, and Black consumers.” A second glance at the word choice alone reveals underlying intentions with the post. Stripping unnecessary phrases and embellishment aside, the “success of Adidas” is placed front and center, with Black employees framed as means to achieve this success. Black “athletes, artists, employees, and consumers” contribute to the growth of the brand; therefore, they must be valued—not because they are people, but because they buy and sell and make the company money. Despite the lack of good faith behind these messages, they prove effective in their purpose: allying consumerism with activism. Declared support only has to go so far as to convince a majority of customers that it is still morally justifiable to buy from these brands. And this tactic works: public feedback to these statements of support has been overwhelmingly positive, and, in response to these successes, several companies have demonstrated a desire to push beyond feel-good verbal declarations of support. BLM clothing lines drop. Coupon codes and discounts spring up across retail websites. Within a matter of months, we charge head first into the territory of offensive support.

Distressed Black Lives Matter T-Shirt: 2,046 ratings on Amazon. The success of Black Lives Matter merchandise rests on the belief that buying products associated with a social movement benefits the movement as a whole. But the construction of this narrative rests on the exploitation of Black empowerment: during a time when it feels like the very roots of a country have betrayed its people, wearing a physical sign of support often feels refreshing and assuring. For the non-Black population, Black Lives Matter merchandise also appeals to allies exhibiting an eagerness to contribute to the movement. Companies take advantage of this desire for relief: fighting an unbudging system for months or years on end leads to an overwhelming presence of powerlessness, but by purchasing material products that align with the movement’s views, the merchandise conveniently performs our anti-capitalism for us, invigorating a fraudulent sense of satisfaction. Yes, the words “Black Lives Matter” on the distressed t-shirt do not call for reparations, restructuring of schools, or police abolition, but they do bring about a feeling of accomplishment for the wearer. Spending money to show support for Black Lives Matter feels adjacent to activism, even when the purchase itself has no net benefit to the movement. Offensive support thrives on customers’ unknowing contribution to the movement’s commodification, further integrating it into the capitalist system.

Since the phrase “Black Lives Matter” was coined in 2013, the radical origin of the term has been turned on its head, commodified, and assimilated into the very power structures it had once opposed. Similar patterns of commodification can be seen in countless other movements in recent decades, from feminism to queer advocacy. Just like in the case of Black Lives Matter, radical messages are stripped from the movement’s origin and filtered into virtue signaling and eye-catching t-shirts. The process is further catalyzed by the enthusiastic participation of consumers, lured by an illusion of change while existing comfortably within the realms of the status quo. Over the past decade, this incessant process of commodification has degraded activism into products to be worn and flaunted, a reflection of the expansive and highly adaptive nature of 21st-century capital that makes it, as Frederic Jameson so bleakly articulates, “easier to imagine the end of the world than the end of capitalism.” 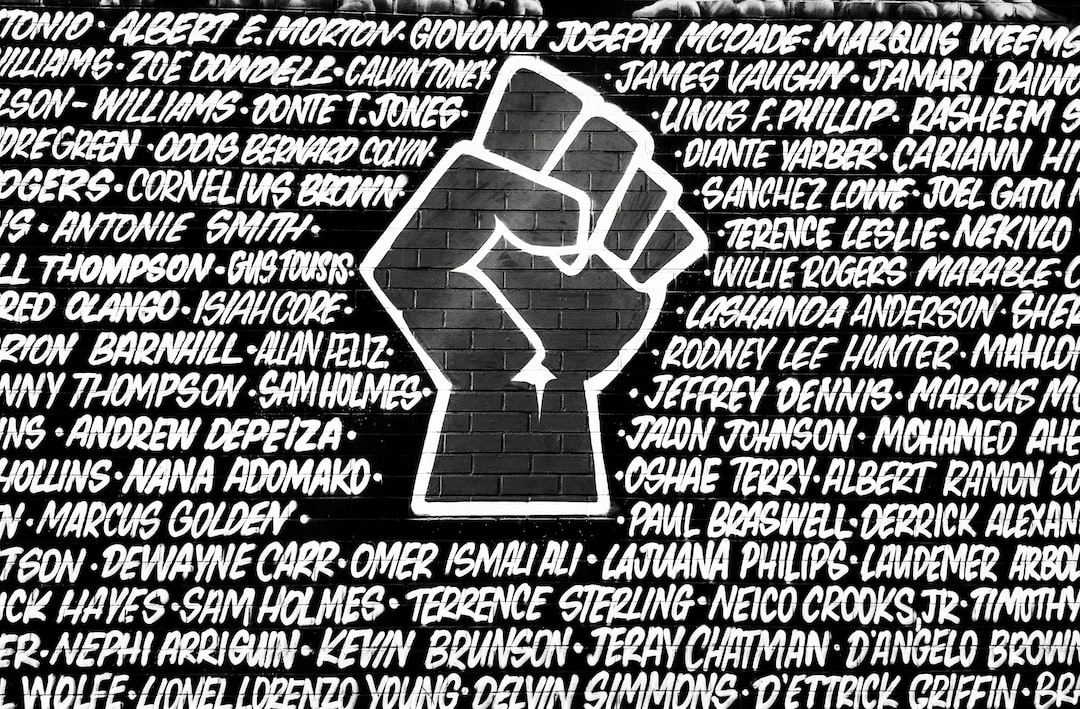 Photo by BP Miller on Unsplash