Gatsby: The Mechanisms of the American Dream | Teen Ink

Gatsby: The Mechanisms of the American Dream

Gatsby epitomizes America. Like America, which sprang from the British colonists’ conception of a country devoid of corruption and immorality, Gatsby’s identity springs from his platonic conception of himself. He denies his real identity as James Gatz and creates Jay Gatsby, a spectacularly wealthy young man of West Egg, a “son of God [being] about His Father’s business.” Like America, Gatsby is a deliberately constructed romanticized conception.

Gatsby’s life is anchored in the dream of reacquiring Daisy. When his relationship with Daisy ends, “she vanished into her rich house, into her rich, full life, leaving Gatsby -- nothing” (149). The dash before “nothing” indicates that, beyond having nothing, Gatsby becomes nothing. His life “had been confused and disordered since then,” and he wants to “recover something” (110). Recovering his relationship with Daisy becomes the sole purpose of Gatsby’s existence. When Nick suggests that the past cannot be repeated, Gatsby exclaims, “Why of course you can [...] I’m going to fix everything just the way it was before” (110). Fixing the past means recovering his relationship with Daisy. To fulfill that dream, he constructs every aspect of his life to lure Daisy to him. When Daisy tours his mansion, Nick observes that Gatsby “revalued everything in his house according to the measure of response it drew from her well-loved eyes.” Gatsby’s house functions as the facade he puts on the lure Daisy. To ensure its perfection, Gatsby tailors even its most minor details. At one of Gatsby’s parties, Owl Eyes is astounded that Gatsby’s books are “absolutely real -- have pages and everything. I thought they'd be a nice durable cardboard” (45). Owl Eyes’ surprise reveals a common practice among the upper class in 1920s New York: using fake means to cover their lack of literary cultivation, filling the empty spaces in their libraries with cardboard books. Even if Gatsby lacks literary cultivation, which is suggested by his dubious educational background, he cannot fill his library with fake books because doing so risks letting Daisy see through his facade. The facade needs to be perfect to lure in Daisy. Only after Tom permanently destroys his dream does Gatsby’s perfect facade come to end -- his kitchen “looked like a pigsty” and his new servants “weren’t servants at all” (114).

Once he is with Daisy, however, Gatsby finds her inadequate to fulfill his dream. In reflection of the meeting between Gatsby and Daisy at his house, Nick notes: “There must have been moments even that afternoon when Daisy tumbled short of his dream -- not through her own fault, but because of the colossal vitality of his illusion. It had gone beyond her, beyond everything” (95). Until this point, the novel has given the impression that Gatsby dreams simply of reestablishing a relationship with Daisy. Readers, therefore, would anticipate that Gatsby would feel fulfilled at this moment. His meeting with Daisy at Nick’s house is the moment when his relationship with her finally turns from existing in prospect to reality. They have an excellent conversation, and she appreciates the opulence of his house. However, “the colossal vitality of his illusion” makes Gatsby feel that “Daisy tumbled short of his dream.” He does not truly want Daisy. He wants his romanticized version of Daisy, a non-existent entity constructed based on the version of Daisy from five years ago and modified by his imagination. He is pursuing a “girl whose disembodied face floated along the dark cornices and blinding lights” (80). The words “disembodied,” “floated,” “dark cornices,” and “blinding lights” create a ghostly image of Daisy, suggesting that Gatsby’s version of Daisy is the ghost – a version – of Daisy. Gatsby cannot extricate himself from his dream because she “couldn’t be over-dreamed – that voice was a deathless song” (96). Daisy’s voice, which symbolizes Gatsby’s romanticized version of her, transcends her physical components. She forever exists in Gatsby’s mind as a platonic desire. Unfortunately, Gatsby cannot obtain what exists solely in his mind. This, in turn, is the tragedy of Gatsby.

By extension, Gatsby’s tragedy is the tragedy of America. Like Gatsby, America pursues a dream anchored in the Founding Fathers’ platonic vision of “a fresh, green breast of the new world” (180). Like Gatsby’s romanticized version of Daisy, the American Dream is rooted in the Founding Fathers’ 18th-century vision and modified by the imagination of generations of the American people. As Fitzgerald sums it up in the last sentence of the novel, “So we beat on, boats against the current, borne back ceaselessly into the past”(180). Comparing America to boats returning to the past, Fitzgerald argues that America is forever entangled with a past vision of itself that will never come to fruition.

Ultimately, for both Gatsby and America, the past is the source of illusion. Gatsby pursues his romanticized version of Daisy and American pursues the American Dream. Both pursuits end in failures. If Hopalong Cassidy represents Gatsby’s fundamental self, then Gatsby’s pursuit of Daisy destroys him. He was fundamentally good, self-disciplined, ambitious but not too ambitious (“save $5 [crossed out] $3 per week) and kind (“be better to parents”). Yet, as he assumes a facade to pursue his dream, he deviates from his true self and is eventually crushed. Similarly, the Constitution represents America’s fundamental self. Yet, as America pursues its ideals, it deviates from them. Commercialism becomes the God that dominates every facet of life in the country (the eyes of E.J. Eckleburg); immorality and hedonism permeate the country (a drunken woman could be discarded at a random house), and the wealthy always “retreat into their money or their vast carelessness.” 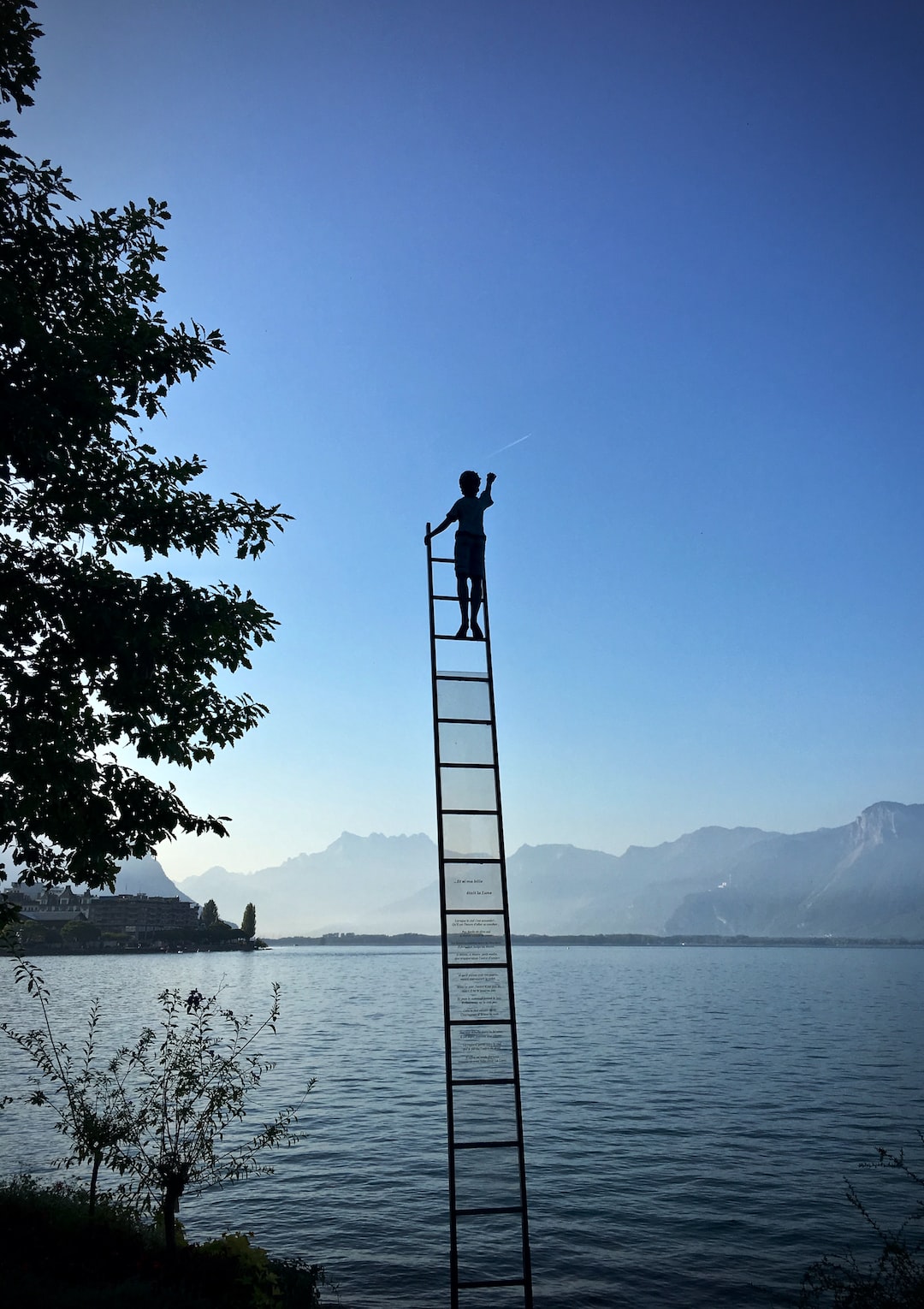 Photo by Armand Khoury on Unsplash