Unhealthy Desire Through a Toxic Mirror

Seven in ten girls aren’t satisfied with something with their body or feel they are not good enough. Ninety-Eight percent of girls believe and feel that their is outside pressure and influence to appear a specific way.

Thigh gap, unblemished skin, no stretch marks, tiny waist, zero cellulite, little to no hair on the body… the list goes on.


When will enough be enough? Why are third grade girls starting to call themselves fat and beginning to compare themselves to the twenty year old models in the magazines? High school girls feel inadequate and seek towards unhealthy measures to reach unrealistic goals.


The sad truth of America’s society is that more and more young girls and women of all ages  are unhappy with their bodies. The effect is seen to be started by social media, television, movies, and magazines. On the daily, they are exposed to media that includes images that are almost always photoshopped. From a simple lighting change to as drastic as completely changing the model’s body shape, these images in the media are the common beginning of inner turmoil and unhappiness in a young girl's life.


The view of a perfect woman in western society has changed over the years, periodically becoming unrealistically thinner and thinner. In this day and age the common term and goal is “slim thick” which, for most women is just not physically possible. Yet, the media is constantly pushing these edited images of models in young girls faces, normalizing what's not normal.


Barbies, for example, promote the appearance of  tall and extremely skinny with a tiny waist and thigh gap but still has large breasts, a body type almost unattainable for the majority of women. This idea that women should have the same body as a doll is ingrained into the minds of girls before they know the difference.


Barbie’s proportions are so distorted that she would have to move on all fours because she would be physically incapable of carrying her own body. She is 5 foot 9 inches and only weighs 110 pounds, which the majority of women are nowhere near this number on the scale, and for good reason.


In America, the average height for women was 5 feet and 4 inches and the average weight was 166 pounds. Comparing these numbers to Barbie, it is obvious how detrimental her size and shape can be and how having Barbie as a role model is setting up young girls for a future of pain.

With girls being exposed to this at such a young age negative implications are almost bound to happen, such as depression, disordered eating and a negative self image. Across the globe, unhealthy practices to achieve the “perfect body” are running rampant among girls and little change has been done to try and combat the problem. With such a grand scale issue, we could only hope more attention would be given to it… but it’s not. This is real, relevant, dangerous.


While young girls view a great deal of edited and photoshopped images, it doesn’t quite compare to the amount viewed by teenages and women. At the older ages, they have the ability to use social media, read different magazines, and watch more mature videos. In all of these platforms, photoshopping is extremely prevalent and most of the images seen are edited in some form.


While not all of the pictures are drastically edited, a great deal of them are. No matter how small a change is in a model’s body, it creates a false sense of normal to these women. After continuously seeing images of models with their tiny frames and perfect skin, it is only natural for women to begin to compare themselves to these models.


Comparison is the nasty culprit of unhappiness in many women with their own body. This comparison to models in the media is extremely unhealthy because the majority of these models are photoshopped, practice unhealthy routines, and are genetically blessed with a fast metabolism.


Likewise, these models are paid to be pretty faced and skinny figured 24/7 as their job, while the rest of us get to have the luxury of eating what we want when we want or skipping a workout if we aren’t feeling up for it.
With media being so accessible, a massive but simple change needs and can be made. Photoshopping and major editing should begin to hit the highway within the modeling industries.


Girls need to see real, unedited women to have as role models and to begin to help them develop a healthy self image. Women deserve to see other women that they can relate to and look to for healthy and positive inspiration, not deprivation.


Changes in photoshop and editing need to happen on a grand scale if the detrimental mindset of so many women is going to be changed. Major magazines can start to limit the body changes they make and can be a leading example for smaller companies. Removing photoshop from magazines and media will help create raw, genuine, and inspiring material which is exactly what our society needs.


The time for that change is now. 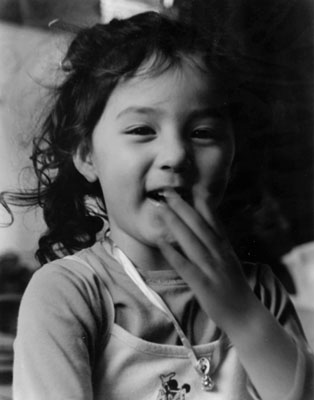