As a Black male teenager, depression is a topic that is generally avoided in the household.  As with any sort of mental illness, the mere mention of the topic is enough to illicit responses of prayers, dismissals and the inevitable reversal of the problem so it seems something that the parent has to deal with and not you.

Everybody’s experience is different, but I believe that they all share one aspect in common, an aspect that can be summarized in two simple words:  “It’s hard.”

For myself, it manifests itself as a persistent voice in the back of my head, constantly telling me that I’m not good enough, that nothing I do matters.  It’s feeling isolated in a room full of my friends.  It’s feeling an icy shear in my heart whenever I get too happy as I am afraid that this wonderful feeling will not only fade but never return again.

I’m fortunate enough to have friends and family who are genuinely here for me.  Who want to help me in any way that they can.  A loving girlfriend who has had similar experiences who wants nothing more than to be my rock in an uncertain world.  But the Voice keeps telling me that it’s all an act.  That they don’t really care for me, it’s all an elaborate act to make themselves feel like good people.

The people in my life are the kind of people who take you at face value.  Who you are is who you are and who you are is good enough.  If you want to improve on something, you have their support but you should never feel pressured to change if it’s not something you want.  They are such lovely people and I want to be the person they deserve, but instead I always feel like an inconvenience. Like I am never good enough.  There are times where I think I’m getting better, where I think I can really change this time.  But then I slip up.  Sometimes it’s small, other times it’s not.  And it all comes crashing down.

I feel as though I am forever doomed to be a failure, that eventually all of the people that love me will realize that I’m just holding them back.  And I feel as though my mess ups are so big that I have no choice but to follow through with them.  If I’m mean for a second, then I have to be mean for the rest of the night.

I don’t want to do it, but it’s like two sides of my brain are constantly at war for what I should do.  I guess that’s why it’s called a mental illness.

I keep telling myself that I’m over exaggerating, that my friends really do care about me.  But then there come breaks or long weekends or even summer vacation and I see them having fun, going to beaches and pool parties.  And I’m never invited.  I’m always on the outside looking in and I can’t help but think that it’s my fault.  That there’s something wrong with me and I’m constantly scared that I can’t fix it.

I never speak about it to anybody because I know they are going to try and problem solve.  Try and show me the flaws in my logic, why I’m stupid for feeling the way I feel.  That’s not something you should do.  I don’t want advice, I just want to be heard, to be understood.  And I feel I will never get that from the people in my life. 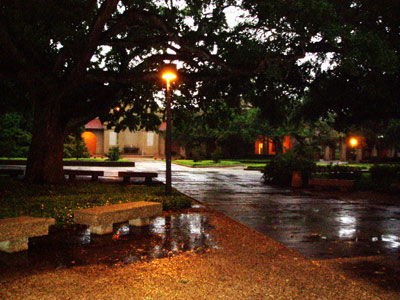 I thought that by sharing my experience, it would not only make my life easier, but inspire other people to share their stories