Through The Storm | Teen Ink

Through The Storm MAG

The fan clicks unevenly. My pencil is off-center on the desk. My neighbor’s notebook is touching my arm. Breathe. Don’t get overwhelmed. Focus.

As the teacher lectures, my mind wanders to a million other imperfections (my bags aren’t touching). Seemingly ­insignificant placements, noises, and sensations plague my mind, consuming my thoughts and ­trapping me in a prison of my own creation.

OCD. The letters roll softly off my tongue now, not like their original excruciating sharpness. Obsessive-compulsive disorder – these words are so commonly thrown around, a diagnosis often misused to describe Type-A ­personalities. Just the sound of these three words can bring anxiety and fear to a true sufferer, yet most people are unaware of the reality of this disorder.

I was officially diagnosed with OCD/panic disorder sophomore year. While others fretted over homework, taking notes, and ­Friday night plans, my biggest struggle was to stay in class. I fought to control my body from showing outwardly the battle I was fighting within. My main concern was staying me – staying “normal” – through all the medications and countless hours of cognitive therapy.

I would like to say that I conquered my battle, that I again became the good student I once was. However, junior year was one of the toughest of my life. Meds changed – upped more and more until the only thing I could feel was anxiety and anger.

Mistake number one: I gave up. Changing a thought process is hard. I did not want to. Avoidance became my top priority. I thought if I could avoid a trigger, I wouldn’t have a panic attack.

Mistake number two: I gave in. I succumbed to the idea that my disorder defined and controlled me, rather than realize I had the strength to control it and define myself. Finally my house of cards crashed down on me, revealing my laziness and self-deceit.

Accomplishment number one: I took back control of my mind and my emotions. No longer would
my “issues” define who I was or excuse my actions. My challenges are still real and painful, but I have realized I have tools to control most of my anxiety and can learn more. Though I still feel those compulsions every day, the effect they have on me is almost ­obsolete. 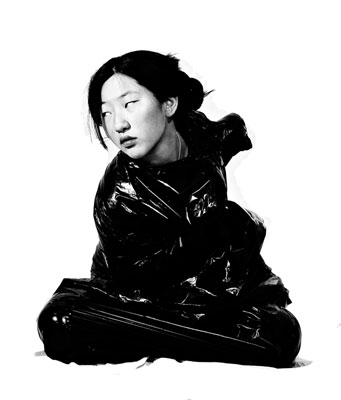 The author's comments:
Mental disorders are becoming more and more prevelent in today's society, and yet it seems people, especially teens, are ashamed of them. I wrote this article not only to share my personal battle, but to help anyone suffering to know there is light at the end of the tunnel. But that being said, you can;t do it on your own. Talk to someone. A friend, a parent, a teacher, a counsler. There is no shame in getting help. You would be surprised how many people you know struggle with the same things.
Post a comment
Submit your own