John was headed home from his weekly basketball game at the local park. He walked home with lifted spirits, as he and his team had been triumphed in the match. Except for a scrape on his knee, John had suffered no injuries and the small abrasion had long since become an afterthought. What John didn’t know was that he was being attacked-by an enemy who has already claimed the lives of 18,000 people this year.


The tiny warrior that had invaded his body was MRSA or Methicillin Resistant Staphylococcus Aureas, a bacteria that resisted even the strongest antibiotic medicines. It’s present in many public facilities such as gyms, hospitals, parks, and restrooms. It’s opportunistic and will invade when open skin is exposed to it.


Before long, John began developing large painful sores and red swelling up and down his leg. Fearing a serious problem, he spent two days in the hospital only to hear more bad news; the bacteria had invaded his bloodstream.


When MRSA infects only the skin, it is usually harmless and treatable although very painful. However, infections in the bloodstream are one of doctors’ worst nightmares. It can cause permanent and even fatal damage. Once it has done so, it’s a race against time to keep it from doing further damage to the body. MRSA can penetrate bones, joints, wounds, the heart valves, and lungs.

As nurses and doctors worked around John, he chastised himself for not properly taking care of his wound. He had blown it off as a minor scrape, they happened often. A large PIC line was inserted into his chest. The antibiotics that they were administering were so strong that if given through a normal vein, it would collapse upon contact with the powerful medicine. Over the next couple of days, John found himself fighting for his life. He was constantly surrounded by heavily protected nurses, IV lines, PIC lines and monitors.


John was fortunate, he arrived at the hospital early on and was able to fully recover. He is still unsure as to exactly where he contracted to bacteria, but he now realizes the importance of always practicing safety measures after visiting public facilities.


MRSA can be hard to treat and even deadly, but you can always avoid that trouble by simply taking preventive measures. Because it is present in public places, make sure to wash hands after contact. Always carefully wash and treat any wounds, no matter how minor they may seem. Keep a bottle of rubbing alcohol with you when visiting gyms or exercise facilities and spread it on any equipment before use. If you notice that you are developing a sore on a cut, visit a doctor to make sure it is not a serious infection. Keep a sanitizer in your purse or bag to use after visits to the grocery store. This may seem like a lot to do, however, this is trivial compared to all the work and risk involved in treating MRSA. 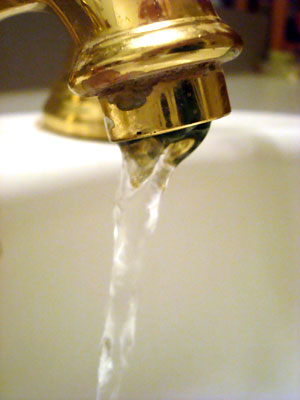 The author's comments:
I wrote this essay after a good friend of mine contracted MRSA at a local gym. The bacteria nearly killed him and I believe that it is important that all teens know the risks involved. I want teens to be motivated by this to take better care of themselves and more precautions.
Post a comment
Submit your own