Ben Franklin once wrote, “Early to bed, early to rise, makes a man healthy, wealthy and wise.” People would assume that Ben also meant students, but schools start before 8 a.m. which means most have to wake up around 6:30. This makes it challenging for teenagers to sleep the nine hours that the National Sleep Foundation (NSF) recommends. If adolescents could sleep the recommended number of hours, their overall health would improve (as well as their grades). Schools should move their start times to 8:30 or later.

According to the NSF, it is normal for teens to go to bed late: only 15 percent of teens fall asleep before 10:45 p.m.; five percent hit the sack around 10:45 p.m and the remaining 80 percent go to sleep after 11 p.m. Many teens have sleeping disorders including insomnia, narcolepsy, and sleep apnea.

Furthermore, doctors say that lack of sleep is the top health problem. If true, why can’t something be done to help students get more sleep? Studies show that teenagers who sleep nine and a half hours have less depression, are late to class less often, and suffer fewer health problems. Additionally, well-rested teen drivers enjoy a reduced chance of being involved in an accident.

Another benefit of starting school later is that students’ grades would improve. It’s easy to see that more sleep = alert students = students paying more attention in class = better grades. This has been proven in studies of schools all over the United States that have changed their starting times.

Ultimately, it is important for teenagers to get enough sleep so that they will remain in excellent physical shape and earn superior grades. For students to achieve this, however, schools must begin later. Not only would students benefit from a later starting time, but administration and faculty would as well. 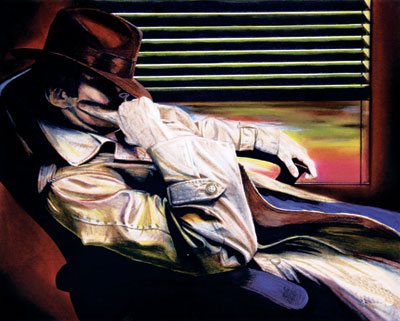 This article has 13 comments.

Favorite Quote:
Life is a stage, get on it and perform your best act.

Favorite Quote:
Colour my life with the chaos of trouble.

View profile
I'm in Australia and start at 8:40, but because I board I have to wake up at 7, and because school starts later it ends later so sport goes later and we end up having to stay awake till 11:30 (minimum) with most not sleep till 2 or 3 in the morning. I agree with you, they tell us to sleep and then don't put provisions in place to allow us to maintain our health. Very will written piece.
ClarinetPower SILVER said...
on Jun. 26 2012 at 6:20 pm
ClarinetPower SILVER, Macomb, Michigan
5 articles 0 photos 40 comments
View profile
This article is very true. I have insomnia and sometimes find it hard to concentrate in school because of it.
sleep=happy said...
on Jun. 7 2011 at 3:11 pm
everybody wants school to start later. the teachers, principals, and students
kennapie12 SILVER said...
on Dec. 24 2010 at 1:25 pm
kennapie12 SILVER, St.helens, Oregon
6 articles 0 photos 18 comments

Favorite Quote:
Stand up for something even if it Means standing up alone.

View profile
my school starts at 8:50am every morning, but my school is in england, so it might be different from america. i agree with your article and it was very well written. i feel sorry for you having to get up that early! : )
naturelover123 BRONZE said...
on Mar. 13 2010 at 6:21 pm
naturelover123 BRONZE, San Francisco, California
2 articles 0 photos 50 comments
View profile
Agreed. It would be better for school to start a little later...like 8 AM instead of 7:30. It makes a big difference!
Hooray4Sleep said...
on Feb. 15 2010 at 7:29 pm
Ha ha! Sleep IS a necessity to better health and school grades! Who agrees with 9:00am school starts??
Sunshine Doll said...
on Jan. 6 2010 at 10:59 am
It all depends on the lenght of school. If school is half day, after lunch when you go home, you can take a nap. It may sound childish but, you get to rest.

However, if school is Full day, try going to bed before 10 PM. That's how I manage my sleep.
Ritamc SILVER said...
on Apr. 9 2009 at 8:34 pm
Ritamc SILVER, Bayside, New York
8 articles 10 photos 9 comments
View profile
I agree. we have to solve that problem.