Have you ever thought about what its like to not have food? I am sure that most people do not have to worry about being hungry everyday, but there are people who do. There are currently 925 million people that are starving in the world today. It hurts to think about all of those people that do not make it through the night because of not having any food. According to the definition in the Oxford English Dictionary hunger is “the uneasy or painful sensation caused by want of food; craving appetite. Also the exhausted condition caused by want of food.” There are so many ways that world hunger can be eliminated. Together, we could raise money, start food drives, and even teach those countries who are in need of food, how to grow different food. If just one person got out there and helped feed the hungry, just imagine the lives that could be saved. Its amazing how much just one person can do. There are so many around the world that are dying every minute from starvation, but by raising awareness, showing the statistics, and giving ideas, we can end world hunger.

We live in a world where so many have no clue about the people in need of food. I feel like so many don’t show their loving sides to those who need our help. Of course, there are a good bit of people out there who show their kindness to those in need. Just think about everyone who is worrying about when they will get their next meal. The problem that is occurring right now needs to be revealed to the world. Everyone needs to know what is happening right in front of them. This can no longer be hidden from the clueless, the facts need to be shown. There are many programs that are currently helping to alleviate the world hunger problems. But, we can't forget that the term “world” includes developed countries as well. A lot of people think that people out side of developed countries need all of the help. This is not true, developed countries need just as much help. There are about 19 million people in developed countries alone. Of course, this number doesn’t even compare to the 925 million total that are hungry, but it's still quite a large number.


Imagine a life where all that was thought about was “when will I eat next” or “will I survive through the night”? Life would be so difficult. This plan to eliminate world hunger is quite a large one, but anything is possible if people set their minds to it. Think about that little boy or girl in Africa, Asia or even America, that is starving because their parents can't afford food. A famous woman once said that “natural disasters such as severe droughts, earthquakes, and tropical storms, and the disruption they cause to agriculture and food distribution, contribute to the hunger crisis. Drought, for example, is now the single most common cause of acute food shortages in the world. Women, who account for up to 80 percent of the world's farmers, are hit doubly hard: first by the loss of sustenance; second by the loss of income through which they can purchase food from alternative supplies.” She is saying that there are so many reasons why starvation is occurring all over the world. Starvation is everywhere and we need to put an end to it as soon as we can. It has taken enough lives as it is. If we all got together, then this dream of no hunger could actually be a reality! We can do this if we really try! 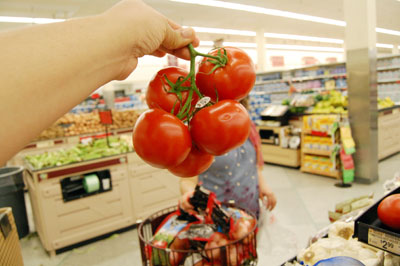 The author's comments:
I hope that people become motivated by this article to make a change in the world. It is just amazing what can happen if everyone works together! Get out there, do something!
Post a comment
Submit your own

This article has 24 comments.

KimmyDarling said...
on Sep. 16 2015 at 10:48 pm
I love this so much. You have a gift of sharing your passion vividly and thoughtfully. I want to read more!
mrssellars said...
on Sep. 16 2015 at 10:45 pm
Peyton, Your grandmother was an excellent teacher and the sole reason I went into advertising in college. I am now a teacher myself and agree that your writing makes me think of the famous Benjamin Franklin quote, "Either write something worth reading, or do something worth writing." You have accomplished both. Nice job! -Amy Powers Sellars
Eduardo said...
on Jun. 21 2015 at 1:03 pm
Thanks for the info! It has been very useful to have a summary about world hunger.