Stem cell research from embryos should be funded by the federal government for its documented benefit on people. The cells received from embryos can be used for virtually anything that needs to be repaired in the human body. The technology is there, but people are unwilling to advance into the future.
Many people are still in the dark about stem cell research. They are just blank cells that can be guided into doing a certain task. There are many different kinds of stem cell research. The most accessible cell you can find is adult stem cells; they can be found in any adult or child. They are limited to their possibilities though. An adult stem cell taken from a liver can only be grown as a liver, while as embryonic stem cells can be grown into anything. The prime time to get them is right after conception, during the
5th-9th week. With embryonic cells we are not limited, like adult stem cells are, and we can help so much more people with their various medical problems. Embryonic cells divide faster, and they treat a wider range of diseases; the problem is that many people do not think it is ethical.
Embryonic cells are taken from the embryo; in most cases this does destroy it. Many people believe this is unethical and the destruction of life. In 2006 George W. Bush used his vetoing power to block funding, when the senate voted 63-37. President Obama lifted the restrictions and approved federal funding for it. A US District Judge recently blocked the bill due to a 1996 law protecting embryos. Federal funding could further the research greatly. Research is currently paid for by private funding, which limits progress. Scientist are making new advancements, and in 2008 scientists were able to take cells without destroying the embryo. It’s a huge step in swaying people towards funding research. By not destroying the embryo we can quiet some of the controversy and move forward.
All over the world people are sick or injured. According to www.cancer.org 11,028,000 people have a form of cancer. Embryonic cells could help all those people, and that’s not including the people that are suffering from diabetes, brain related diseases, heart and spinal damages. Using stem cells to heal yourself can be dangerous. Your body could have a negative reaction to the foreign cells. A negative reaction can cause tumors or even cause your immune system to shut down. Stem cells are for people that are knocking on death’s door, and I’m sure if they were using it as a last resort they wouldn’t care. The benefits of stem cells greatly out weigh the risks and would greatly improve someone’s ailments. If funding were increased for the topic, then we wouldn’t have to worry about the risks. With money the scientist could go above and beyond with finding everything there is to know about embryonic stem cells.
The embryonic cells that could be used are normally wasted. We can use the embryos from abortion and the frozen ones that will be never used at fertility clinics to conduct research. Using a microscopic cell is not the same as taking the life of a 6-year old girl. There is a huge line of difference there. Still, many people debate against it. It ranges from a various number of reasons. They argue that “People shouldn’t be playing God,” or “We shouldn’t mess with human life”. That is all understandable, but would they be saying that if a close family member had cancer and the technology was there to save them? It is a hard issue to confront, and much like abortion, it is very controversial. The difference is that one can save a life, while the other ends one. 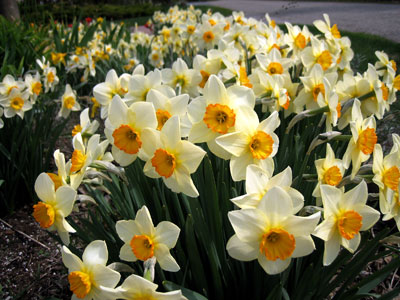