All around the world people like to devour two famous food items: coffee and chocolate. Whether it’s a late night snack or early morning breakfast, both have the strength to keep you awake for hours at a time. Due to this fact, the two have become a worldwide addiction. The question remains that which of these items is more effective, or in this case, addictive.

In recent years, researchers have found that chocolate contains theobromine. Similar to coffee’s caffeine, theobromine is a stimulant. It gives chocolate a bitter taste and bitter taste is associated with a higher amount of caffeine. The caffeine in the chocolate acts as a stimulant to the central nervous system, meaning that caffeine “attacks” the nerves to send a signal to the brain about staying alert. The way this process works is caffeine is “absorbed through the small intestine and dissolved into the bloodstream because the chemical can dissolve in water-based solutions and fat-based substances, being able to penetrate the blood-brain barrier and enter[ing] the brain” (www.smithsonianmag.com). The main reason as to why caffeine is able to enter the brain is that it closely mirrors the molecule adenosine, which is a byproduct of cellular respiration. Caffeine fits perfectly into the brain cells’ receptors of adenosine, completely blocking them off.

There are reportedly five main differences in behavior in people who are chocolate addicts: brain function, mood, memory and learning, cognitive function, and in extreme cases, stroke and disease. In the case of brain function, it doesn’t matter whether it is chocolate or cocaine, there are three parts of addiction: a) intense craving b) loss of control over the object of craving c) continued use or engagement despite bad consequences. Change in mood can be traced back to the amount of stress a person is experiencing. According to Harvard researchers, “the influence of stress on eating provides parallel between food and addictive behavior. Those who have broken free of an addiction tend to relapse when they are under stress because they begin craving the comfort they experienced while using alcohol, cigarettes, or drugs.” Under brain function, memory and learning patterns tend to be affected as well. Another study at Harvard found that “among adults ages 50 to 69, those taking a cocoa supplement with high flavanol content for three months had improved performance on tests of memory than those assigned to take a low-flavanol cocoa supplement”. (Flavanol is a compound that provides positive health benefits.) The same group of researchers did multiple studies to display cognitive function after eating items containing mass amounts of chocolate: “Several studies demonstrated evidence of improved brain blood flow, oxygen levels, or nerve function as measured by imaging tests or tests of electrical activity in the brain after the consumption of cocoa drinks. But because these changes were not routinely associated with improved performance on cognitive tasks, it’s hard to connect the results directly to better brain function” (www.health.harvard.edu). On the more broad spectrum of chocolate addiction, diseases and illnesses such as stroke are unlikely possibilities. Chocolate is rich in antioxidants called flavonoids (as discussed before), which may have a protective effect against stroke, but more research is required; Further study found no link between eating chocolate and risk of stroke or death.

People with coffee addiction, or more notably seen as caffeine addiction, tend to have somewhat similar behavior to chocolate addicts, but the five distinct patterns tend to be: mood alteration, anxiety, sleep, tolerance, and withdrawal. The change in mood is more severe with coffee addiction compared to chocolate addiction. If you regularly drink caffeinated beverages, quitting can cause a depressed mood until your body adjusts. Anxiety goes hand-in-hand with depression. According to Mayo Clinic, “anxiety and depression often occur together, and caffeine can worsen anxiety” (www.mayoclinic.org). Anxiety is a commonly reported symptom in people who withdraw from regular caffeine consumption. The body can become mentally and physiologically dependent on it, causing feelings of anxiety. Digging deeper into the effect caffeine has on depression, it was found that sleep becomes discordant. Researchers at Mayo Clinic note “Caffeine can make it harder to fall asleep and stay asleep….Lack of sleep can worsen depression” (www.mayoclinic.org). But all these illnesses seem inconceivable if you develop caffeine tolerance. Caffeine tolerance is an occurrence when your caffeine intake is more than that of the average human and the effects of caffeine no longer imply to you. This means that the brain has normalized the copious amount of caffeine intake. One study found that complete caffeine tolerance occurred after just 1-4 days among their study participants. They measured this by noting the increased blood pressure, increased heart rate, and plasma epinephrine levels. After 1-4 days these levels were back to their baseline. The same researchers conducted another study that “showed caffeine tolerance occurs in part [partly] because the brain quickly develops more adenosine receptors to compensate for those blocked by the caffeine molecule” (www.caffeineinformer.com). The commonality in the two studies resulted in being that caffeine tolerance “increases the withdrawal symptoms of caffeine as the body will be more sensitive to the effects of adenosine once caffeine intake stops…. [meaning] caffeine tolerance develops very quickly” (www.caffeineinformer.com). The addiction only deteriorates when you become a victim of caffeine withdrawal. Caffeine withdrawal arises when you drink coffee on a daily basis and at once abstain from it. According to Healthline, symptoms of withdrawal may include but are not limited to: headache, fatigue, anxiety, difficulty concentrating, depressed mood, irritability, tremors, and low energy. The reason behind these symptoms are when you abruptly restrain from drinking coffee, the brain needs time to adapt without all the caffeine and stimulant. It requires some time to normalize its function without the “extra boost”. Some ways to help are: “cut back slowly, reduce caffeinated beverages, stay hydrated, get enough sleep, and boost energy naturally”.

Despite all the research, studying, and experimenting that has been conducted, there is no definitive answer to whether coffee addiction or chocolate addiction is worse. The findings conclude that they are similar in most aspects and any differences they exhibit aren’t substantial. Both items have engrossed society to the point where they have become essential. It seems that no matter how hard we try the two objects are irreplaceable and will continue to be a part of daily life. 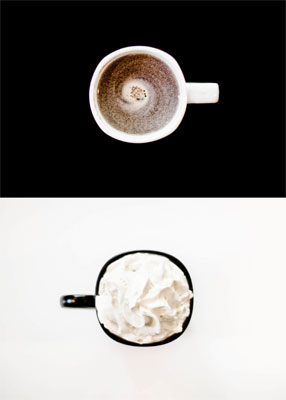 I am a senior at Benjamin Holt Preparatory Academy. I am an aspiring writer.