I'm not a 'Mormon'. I'm a member of the church of Jesus Christ of latter day saints. (not pushy religious) | Teen Ink

I'm not a 'Mormon'. I'm a member of the church of Jesus Christ of latter day saints. (not pushy religious)

Alright, so let's take a trip in history to when people started calling members Mormons. back in Joesph Smiths' time, before people killed him and his brother in Carthage jail(I'm going to assume if you clicked on this you at least know who Joesph Smith is, but I will cover him later.). Guess what, people hated us then too. In Missouri, the early church had run to after being thrown out of various other places. so for some reason, they chose to stay in a place called misery, but that's not the point.

this was in the time when the civil war was brewing, and contention was rising over slaves(what? i thought this was about the early church and how the name Mormon began? I'm getting to it.), and if they should be legal, and QUIET! I'm getting to how this is relevant, thanks(I hope it's obvious I'm joking). so the church was against slavery, and they were very numerous in misery. so Missouri wanted to become a state, but the north and south wanted them as either a slave or free state because both sides had 7 states and one more would tip the scales in their favor in voting. of course, if Missouri joined the other side, it would pose a threat to their side. they decided to let Missouri vote.

so, the church was in misery during extreme political unrest and with numbers enough to sway the vote towards a free state, and if you know your history, you know that Missouri was a slave state. that's because we got kicked out(violently, in some cases), to keep the vote for slaves(or rather, against slaves, for egregious human right violations). so that's one example, and the one I know best. but basically, we kept getting forcefully kicked out from place to place, and everybody hated us and our 'fake bible', so they started calling us the Mormons. it was highly offensive... but then everybody(including those in the church) realized it was easier to say than 'members of the church of Jesus Christ of latter-day saints' so it stuck.

200 years later(basically), we still called ourselves that, until president Nelson, the leader of our church and a prophet, seer, and revelator, reminded us of the history and asked us to stop. we also ask those around us, and I'm asking you now(but if you want to say something quick and easy LDS works). part of the problem is people think we worship Mormon, in fact, I actually met someone who thought that, or something really convoluted that I can't really understand... i think she thought we thought Mormon was Jesus Christ or something? i really couldn't figure it out.

The Book of Mormon is named after Mormon because in Jerusalem 600 years before the coming of Christ, a man named Lehi, his wife, Sariah, and his sons, Laman, Lemuel, Sam, and Nephi, sailed across the sea and settled North America, and we believe they later became the native Americans. Anyway, starting with Lehi and Nephi and working down a chain of prophets they kept a record of the descendants of Nephi, known as Nephites, and it ended up with Mormon just before the Nephites were going to be destroyed. Mormon was a prophet, general, and the man tasked with compiling all the records kept by all the prophets for hundreds of years(possibly a thousand, I can't do the math). His son Moroni later hid them, and later Joesph Smith found and translated them, by, we believe, the power of God.

So we don't worship Mormon. We worship Jesus Christ, of the bible. the book of Mormon is simply another testament of Jesus Christ from another land. which is what being Christian is, believing in and following Christ. we also don't live together in one giant commune, we allow members to leave, and we are exposed to external culture and influences, we aren't a cult.

We don't worship Joesph Smith. we revere him as ancient jews revered Moses, as the prophet of this age, or as we call it, dispensation. also, Joesph Smith did not use the church for personal gain, he spent his short life very poor, was in and out of jail on charges of being religious(because there are no laws in America about freedom of religion that should prevent that), and was killed with his brother, Hyrum Smith, at the age of 38. his brother was 44. it was a tragic murder. Whether you hate the church or not, you have to admit it wasn't legal. or acceptable. it was murder, and it was unauthorized(although it wasn't punished).

Now, onto racism charges. so, I believe where the rumors got their root was when a member of the church publicly stated that he thought black people were descendants of Cain, son of adam, who killed his brother able and was marked with dark skin. so that was one person. and the church never endorsed it. every member I know frowns on racism. the church is very open to diversity. i don't really have anything more to say, i know i grew up in church culture but it just seems so obvious to me that the church being racist is ridiculous so it's kind of hard to come up with much to say. moving on.

the charges of polygamy. well, as i said, the church was often forcibly and violently forced from places, and in the time period it should be no surprise that men were killed more than women. so the church got to Utah and since there were no white people(there were native Americans), they were finally safe. this is after Joesph Smith's martyrdom, by the way. so Brigham Young, the new leader of the church with a beard(as a child, he was only 'the guy from a long time ago with a beard' so i didn't like him. because history. and his beard... there have been better beards(; and i like to joke about judging people's facial hair), needed to do something about the population thing. and again, at that time period, women couldn't survive on their own. so he didn't have anything else to do about it so he ordered a temporary polygamy policy, so the women would be taken care of and the population would stabilize. we no longer allow polygamy.

so yeah. that's us. I hope you learned something about the church, and hopefully have more respect for us. I'm not asking or demanding you join the church or anything, just asking you to respect us and accept reason, be generally accepting of other people's religion, and not jump to conclusions based on rumors and such. i just ask you to accept that my religion is as valid as yours(or if you're an atheist lack of religion) and not judge me or my church. But at the end of the day, if you hate the church... that's your problem.

Thanks for reading and hopefully opening your eyes and mind. 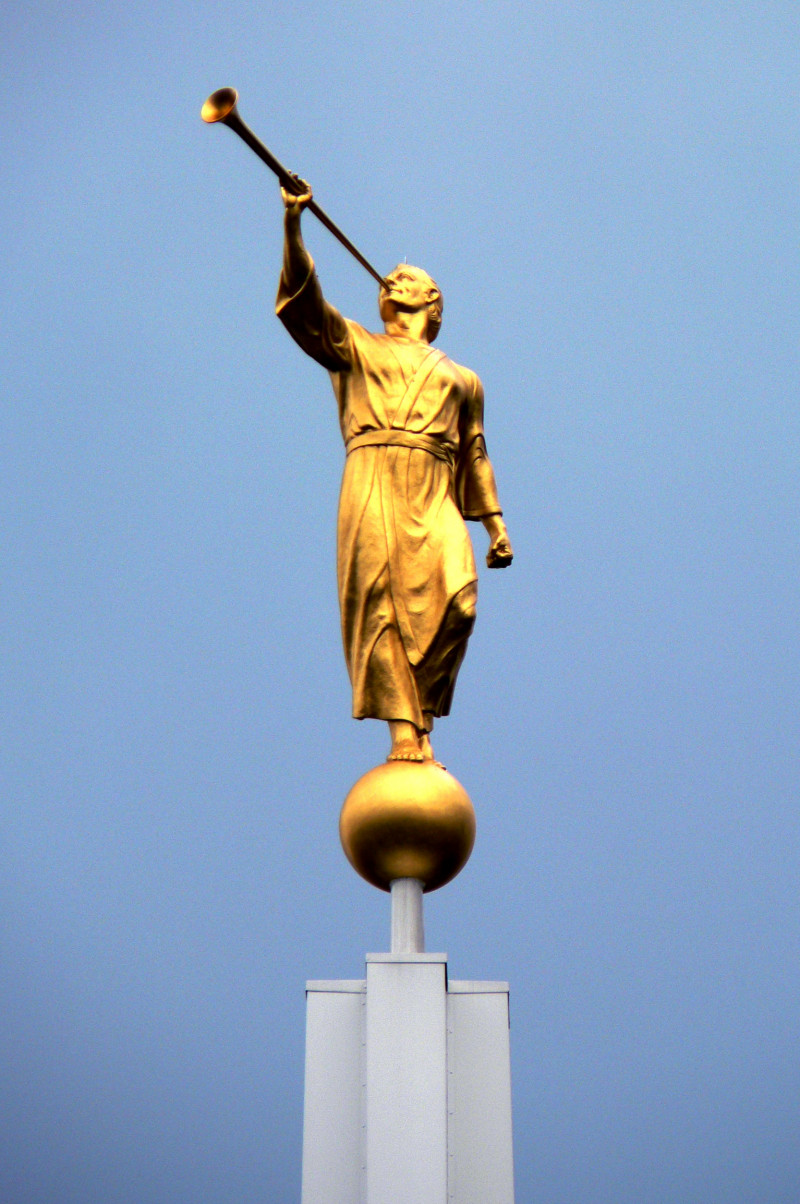 please dont take my dark creepy writing as representation of the church. that is an outlet for blocked out trauma unrelated to the church.

View profile
its no big deal, there are a lot of misconceptions and the important thing is making sure they turn into learning oppertunitys.
Lydiaq ELITE said...
on May. 29 2021 at 5:47 pm
Lydiaq ELITE, Somonauk, Illinois
142 articles 42 photos 1009 comments

View profile
I gotta say I am sorry for my book the loves ends cafe when I used the word mormon in an unkind way. that was wrong of me. I know I have used such stereotypes in other books so I will take out those parts r edit them before submitting thm thxx100