Only One Way Out | Teen Ink

Only One Way Out

I was sitting at home alone. My parents had gone out on a monthly date, and I had told them that I didn’t need a babysitter. They left at 7:00 and were going to be back at 10:00. They rented three movies for me, and ordered pizza. They told me I could invite my friend, Kristy over, but I didn’t want to look like I was scared so I decided I didn’t want to.
They left right after the pizza guy came, and told me to lock all the doors, and not open it to anyone. I got some pizza and sat down on the couch. My cell phone started ringing. I looked at it to see who was calling. It said restricted. I decided to answer it, and said hello. “I’m watching you”, they said in a disguised voice. At first, I thought it was one of my friends trying to trick me, but they kept going. “How is the pizza?” They asked. It was a sickening voice, and I couldn’t tell whose voice it was. I hadn’t even told anyone that I was getting pizza except Kristy, but it couldn’t be her. It was a boy’s voice. They hung up on me, and I laid my phone on the table right by me.
I suddenly heard voices up stairs. They were laughing, and then they started to whisper. I was getting really scared now. The one guy started saying something about, “call her one more time, and then we will go downstairs to her.” I couldn’t stand it anymore. I sneaked over to the door when my phone started ringing again. I left it on the counter so they would still hear it, and wouldn’t know that I had left.
I ran over to my neighbor’s house, and knocked on the door. Mrs. Snudder, an elderly lady, opened the door, and invited me in. I told her my story, and she told me that I could stay there while she called the police. I went over to the window that faced my house, and looked over. I saw the front door open, and three guys snuck out. They looked over at the window I was staring out of, and I ducked out of sight. I peeked up and saw a old yellow mustang pull up beside my house. The three guys climbed into the car, and they drove off.
I told Mrs. Snudder that they just left, and what the car looked like. I hadn’t recognized them, so I couldn’t really help the police out.
My parents came and got me, and we went home. My mom told me that she would never leave me home again, and told my dad that we were moving. I went up to my bedroom, and saw a note on my bed stand. I walked over and picked it up. It said: We will find you wherever you go, and next time you won’t get away. I started screaming, and my parents ran in to see what the matter was. I showed them the note, and my mom started crying.
We moved that next week to a whole different state. We changed our names, and we all got new phones with new numbers.
The police kept us updated on any news they got about the three guys, but they didn’t find anything that told us where they had gone, or why they were at my house in the first place. They did find the car I had seen them leave in, but it had been wiped clean of fingerprints.
I never found out what happened to them, or how they got my number, or how they got in my house in the first place. I just knew that I would never ever be the same again. 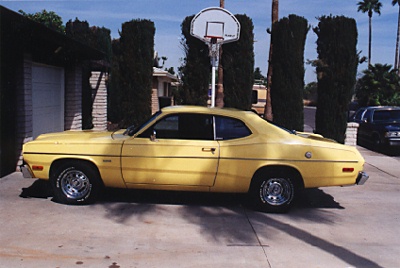 Favorite Quote:
"I Solemnly Swear That I Am Up To No Good"

View profile
This is a really good story. I agree that it is a little rushed, but it still is really good. :)
papersails said...
on Mar. 16 2013 at 11:02 am
papersails, Muskego, Wisconsin
0 articles 0 photos 5 comments
View profile
It's just okay, but it seems like you just hurried through it. There's almost no detail to make it more interesting. It's flat and everything was obvious. Nice try, though.
Annabelle7614 said...
on Aug. 15 2009 at 2:44 pm
Annabelle7614, Nunyabusiness, Georgia
0 articles 0 photos 97 comments

Favorite Quote:
This is my favorite personal quote.

View profile
I love this article! Agree with e32.. this belongs in the magazine!
e32 said...
on Jan. 4 2009 at 12:28 am
this was the best story i have ever read.. anyone who reads it will totally love it! i hope in the near future she puts more stories on, this story has my vote for the magazine!