Mayham Brothers In... The Case Of The Missing Lemonade Money! | Teen Ink

Mayham Brothers In... The Case Of The Missing Lemonade Money!

Wyatt and Aidan Mayham are two twin brothers that look exactly alike. They both have curly brown hair that drapes over their forehead and dark brown eyes, and thick smooth eyebrows. They both get along very well. They’re like two best friends, you never hear them arguing. Their parents are both private detectives in the city of Pairs, France. Their dad is the number one detective in all of Paris with over 210 solved cases. Their mom is number one in the women division with over 130 cases solved. Together they are M.F.M. detective agency (Aka Michael and Felicia Mayham detective agency.) Wyatt and Aidan, also having the detective blood, formed their own detective agency. They call it “Mayham Brothers” a detective agency for kids.

It was a nice summer day on July 7th, 1993. Wyatt and Aidan were sitting on their lawn chairs in their front yard.

“Bark! Bark!” They heard coming from around the corner.

They turned around and there was a little black lab, with dark eyes, and thin silky fur.

Heap came running towards them. He sat down right in between the two chairs. Heap was lucky; he was getting a good petting from both Wyatt and Aidan.

Down the road, they saw a person walking with a bright red shirt and white shorts. They weren’t sure who it was, until the person came closer into their view and then they realized it was Sage. Sage was the boys’ best friend. They always hung out together, just the three of them. Sage always had a smile on her face. Except for now, she didn’t look really happy.

“Wyatt, Aidan, I need your help. My lemonade money was stolen and I need it back. I want you two to find it,” she said in an upset but demanding voice.

“Okay, okay, calm down and tell us what happened,” said Aidan.

“Okay, well I was walking home from the lemonade stand, and I was jumped by someone. He pushed me to the ground, grabbed my money and ran off.”

At the scene of the crime, Aidan pulled out his magnifying glass and started to look around. Wyatt took lots of pictures especially of what Aidan was finding.

“Look!” said Wyatt pointing at something.

“It’s a shred of clothes,” said Aidan. The shred was of a navy blue T-shirt.

Aidan picked it up and gave it to Heap to see if he could get a scent. He barked and started sniffing the ground. They followed him across the grass, down the street and into the forest. They walked around into the woods for a while until Heap led them to a river. He barked and whimpered.

“He probably ran through the river and now Heap lost his scent,” said Aidan.

“Wait, look! Over there!” shouted Wyatt as he was running towards foot prints he found in the mud.

The kids and Heap, of course, followed the footprints until they saw a small tree house.

No one answered. So the kids got onto the ladder and climbed their way up while Heap stayed down below on the lookout. They saw the box filled with the lemonade money sitting on the floor of the tree house. Sage went and picked up the money and headed for the ladder, when all of the sudden Jimmy Green stuck his head out through the door.

“Sage yelled back, “This is my money; you took it from me when you jumped me.”

“You can’t prove that,” said Jimmy.

“Well for starters, your shoes are muddy,” said Wyatt pointing at Jimmy’s shoes. Aidan started looking around the tree house to see what else he could find.

“And here is the mask that you used to cover your face when you jumped Sage,” explained Aidan.

“Is that good enough proof for you Jimmy? Oh, and look at your shirt, said Sage. It has a hole in it.”

Aidan reached into his pocket and pulled out the piece of clothing. Jimmy’s face was turning red, and you could tell that he was getting nervous.

“Okay, fine, you got me this time but you won’t the next,” he said, as he jumped out of the tree house and ran deep into the woods.

“Well, what are you waiting for, let’s chase him and then let his parents and the police know all the dirty things he does,” said Sage.

Aidan and Wyatt looked at each other and smiled.

“No, let’s just forget about him,” said Wyatt, as he pulled his new tape recorder out of his pocket.”

“I knew that thing would come in handy eventually,” said Aidan.

Then, the three best friends looked at each other and started cracking up as they left the tree house and started their long walk home with the money in their hands and Heap walking right beside them. 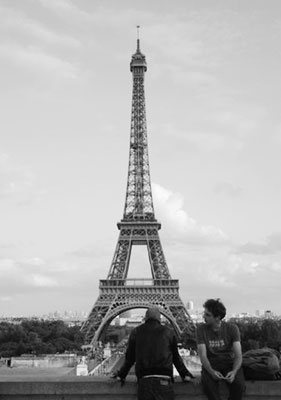 Favorite Quote:
1 Tim 4:12 Don't let anyone look down on you because you are young, but set an example for the believers in speech, in life, in love, in faith and in purity.

View profile
That story had no real pull to it. It was too perfect. (not a good perfect).