I was told to tell the court I didn't need a lawyer. I really probably didn't need one, anyway. I was only 14. It's like I could be tried as an adult, right?
"Your Honor... there isn't even enough evidence to put me on trial," I had been practicing saying "Your Honor" all night. I was trying to think back to those Law and Order episodes I had watched.
"Miss Anderson, you're the one who confessed. And-" the judge started.
"But Your Honor, I-"
"Don't interrupt me, Miss Anderson."
"Your Honor-" Maybe I should've practiced some other words.
"One more outburst and I will find you in contempt of court!" I decided I should shut up while I was still ahead.
"The People request remand, Your Honor," the prosecuter, a Marcus Hernandez, went ahead.
"I'm not a flight risk, Your Honor," I said, having no idea what I was talking about, "and I have ties to the community," still having no idead what I was talking about.
"Your Honor, that is absurd. The only ties Miss Anderson has to the community are her parents, who are in Haiti right now. She's home alone at nights and the only person who looks after her is her nineteen-year-old babysitter, who leaves at ten o'clock every night, which gives her a chance to run away."
"But all the way to the border? I'm freakin' fourteen!"
"Miss Anderson, this is your last shot. The court rewards remand to Miss Anderson. I don't need another teenager running out after hours. I'll sleep a lot better at night knowing you're inside. Court dismissed."
Ugh! 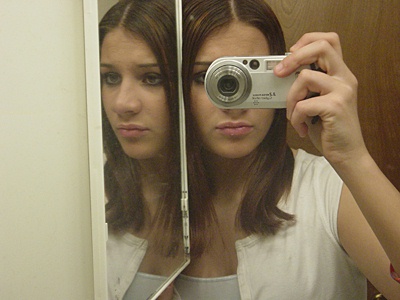