Favorite Quote:
"Please note that I am saying this as I twirl my metaphorical mustache." ~Talon McCallister

Talon (walking in a hallway at his school)- I never really thought about my affect on others. I always thought about how I acted, you know, my image. Then I met her. And it changed my life forever. (Sees Galina in the hallway. Watches her walk by)

Action: (Talon sitting at a desk in the back while the teacher lectures. He’s studying the back of Galina’s head, who sits in front of him.)


Talon(voice over) She didn’t talk much…actually not at all. Which was part of the reason I noticed her. People had always been spreading rumors about me, saying I was a pot addict, a delinquent, and so on. But I didn’t care. I was strong in who I was, or at least that’s what I thought.

( Everyone gets up and leaves the classroom, and Talon heads to the library, as does Galina. He sits down with a laptop, and starts freeloading off the school Internet. She walks in and goes to a computer close to him, glancing nervously at him as she sits down, and prints off a paper. She glances at Talon, having heard rumors about him, then stands up and goes to get her paper.)

Talon (whispers) I figured you’d be smart enough not to believe them.

(Galina pauses, but continues to walk.)

Galina (voice over) Sometimes I wished I had the confidence to talk to people. To tell them. About everything. But I kept them to myself. That’s where I went wrong.

(Talon is still in the library. he notices that Galina left her science book, and grabs it. He sets it on the floor by her locker and walks away.)

(Galina walks to her locker and sees the book there. There is a note attached.)

(She stands there as people leave, just staring at the note, then the bell rings and she rushes off to class)

*Next Day*
Action: (Talon is laying with his head on the desk. Galina walks in and sits down awkwardly in her seat. After a minute or so, Talon lifts up his head and looks at her.)

Talon: Hey. I’m Talon McCallister...but I'm sure you know that. There have been rumors that you've heard, and you’ve probably written me off, but I guess...I guess I'm asking you not to.

(She turns around as he talks to her, nods once nervously, and turns back to face the front. Talon sighs and goes back to moping)

Talon (Voice over) There were times when I felt like giving up. But I was persistent, and there was something about her, something that made me stop for a minute and think. I liked that.

(Bell rings and they both head to the library. Galina enters after he does, and sits down at a table a little distance from Talon. He studies her for a minute, then clears his throat. Galina hesitates, but doesn’t do anything.)

Talon(sarcastically): Am I being stalked?

(She pauses awkwardly, then stands up, grabs her books and walks out the library door. Talon is confused, and sits there for a second, then gets up and runs after her)

(She doesn’t react to his comment, but then trips and falls, her papers falling everywhere. She gets down to pick them up, and he rushes up behind her, and starts helping.)

Talon: You don’t talk to people a lot, do you? I was kidding, I’m sorry.

(She nods and tries to get her papers in some sort of order. He picks up a stack and hands them to her, which she takes with a grateful look.)

Talon: Galina? I'm trying to apologize, I'm sorry if I upset you, and I hope you'll come to forgive me.

(He watches her for a few seconds, waiting for a response, then stands up and walks off.)

Talon(voice over): She was always like this. Quiet. I wanted to know why.

(Next class, Talon walks in late. In the middle of class, he passes her a note.)

Talon(to himself): Idiot. She doesn’t want to talk to me, so why do I even bother?

(She gives him a weird look, and opens it)

Galina(voiceover): Galina, I don't know what I did to make you hate me. I've tried to be nice, I've apologized for that thing in the hallway. I'm a nice guy, it's just the rumors make me out to be someone I'm not. Sometime, when you feel like talking, I'll show you what I mean. Think about it. Talon.

(She looks back at him, then at the note again)

Galina writes: Why do you care?

(She folds it up precisely, and at the bell, she puts it on his desk before hurrying out. He reads it quickly then runs after her, catching her by the arm)

Talon: I care because you're different. I've never met anyone like you before. And you're wrong, you know. Everyone needs to talk to someone. I do, but everyone tends to see me as a 'problem child' and leave me alone. To me, you are special.

(She stares at him for a moment, then shakes her head slowly and takes her arm out of his grip, walking away.)

Talon: I want to know what part of me is bad. Why do you dislike me so much?

(School Cafeteria, Talon is at a table, openly kissing a girl. Galina walks in, and sees him, and immediately turns around and heads back out. Talon spots her leaving and makes a disgusted face, and pushes away from the girl and goes to another table. She follows him)

Girl: What the hell was that for?

Talon:Don't throw your life away for me...you're better than this.

(Gestures to her outfit. She rolls her eyes and walks away. Galina hides in a corner and avoids contact with anyone. At the end of the day, she goes to her locker, and finds Talon leaning up against it.)

(She doesn’t reply, but opens her locker and sorts through her books)

Talon: You can't ignore me. I'm just going to stand her until you speak.

(She bites her lip, and set her shoulders. He scowls)

Talon: I'm a pretty observant guy. I know you saw me with that chick, and you looked pretty upset. Then you didn't show up at lunch at all. I want to know why.

Talon: We both know that’s a lie. Try again.

Galina: How’s this: you ask me why I’m stalking you, when in reality, it’s the other way around.

Talon- The difference being you look like you want to talk to me.

(She doesn’t say anything, her face blank)

Talon- So you admit it then?

Talon- Are you going to answer my question?

(She just stands there. )

Talon- Fine then. If you won’t answer me, I’ll sing to you. Right here in the hallway.

(Fear rises in her eyes) Galina- You wouldn’t.

(Grins) Talon: Yes I would.

(She glanced around, then back at him, and turns and tries to get lost in the crowd)

Talon: Oh, her eyes, her eyes, make the stars look like they're not shining, her hair, her hair, falls perfectly without her trying...she's so beautiful, and I tell her everyday.

(She stops, and people start to turn and look)

(he walks up behind her)

Talon: Do you get the point, or do I have to go on to verse two? 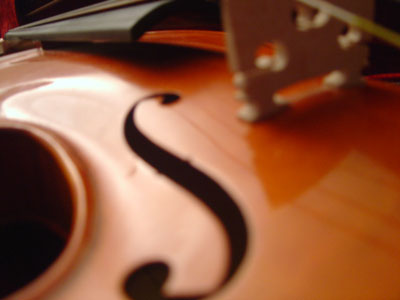 The author's comments:
Okay, it's not finished, obviously, but my friend and I are doing this for Script Frenzy, and we need input!
Post a comment
Submit your own

Favorite Quote:
"Only in the dictionary does success come before work." -unknown

Favorite Quote:
"Please note that I am saying this as I twirl my metaphorical mustache." ~Talon McCallister

Favorite Quote:
A person who never made a mistake never tried anything new~ Albert Einstein

View profile
i love this it make want to write love sripts instead of scary sripts
Aidyl BRONZE said...
on Mar. 26 2012 at 8:14 pm
Aidyl BRONZE, Oshawa, Other
4 articles 0 photos 90 comments

Favorite Quote:
"If you want a friend be a friend."


"That's cool. Hey you know what's even cooler than triceratops? Every other dinosaur that ever existed!"
-Dwight Schrute The Office

This is really cute! I thought that the part where Talon is making out with the girl was a little weak, I wasn't sure that I really got the point of it, except that Galina was jealous about it. But to say "Don't throw your life away for me" Seemed like a weird thing to say. I might change that a little. But overall I liked it alot. I liked the characters and it kept me reading.