A Primal Need for Light

Fragments of note paper swirl around me. I gape, lost, looking down from the surface of a broken moon. Stars wheel overhead, their movement accelerating until they look like slow moving streaks. Then they are gone.
I reach effortlessly into the blackness, catching a sheet of note paper in my hand and folding it with jerky, bug like movements until it is a tyger. The tyger flicks it’s sleek tail and I jump onto its back. It leaps up, up toward where the stars where. I have to find the stars—for some reason this is vitally important, driven by some primal need for light buried in what remains of my human consciousness. But I am changing, becoming…other. My skin flows like water and color loses all definition; red becoming violet and blue becoming a sunset in which I can see a thousand dancing flames. But color is fading, and the darkness is closing in. I spur the tyger onwards.
“To the light,” I cry, but it won’t listen, plunging instead towards the icy depths of nothing below the sliver of dead moon. “No! The light! We must go to the light!”
“Tyger! Tyger! Burning bright!” The tyger roars. “In the forests of the night! Night, no light!” It shakes its gold-black head, and the blackness sweeps me off the tyger and I fall, screaming into a void so vast I cannot comprehend it.
“The light,” I cry plaintively as it swallows me up.
“The light...”


I awake, gasping, unable to remember who or what or where I am. There is only the dream, vividly clear in my mind. Behind it, I sense a void…a void so vast it fills my mind, a void so utterly empty it is like a computer without programing. I cannot reach past the vision. I do not want to—too close is the sensation of falling, of being swallowed by a void which has no end.

Light, blinding and brilliant. I jerked, trying to cover my eyes. “No…not the light…”

“Shhh. Don’t move. Do you know where you are?” two cold eyes reflect the light that I realize comes from a handheld flashlight. The fingers around the light are pale. They seem strange…one too many, but how many was too many? I struggled to remember, but I didn’t know.

“I didn’t think so.” The eyes glinted with what seemed to be amusement. “Do you remember who…what you are?”

Again I assaulted the void in my mind. The images were there instantly, blocking me, burning me. There was more to them than I had thought—a burning sun, the light I sought, hard radiation melting my eyes…a tortured sound clawed itself from my throat.

“Shhhhh-shh-shh. Eassssy. Don’t try to remember. The sun you see is not your own.” The stranger touched my face with six tapering fingers. I stretched my own hands and found they were bound behind me. I counted each finger and found ten of them, five per hand. That number felt right. But was it always that way?

The stranger’s face came very close, and I saw that is skin was smooth and icy white. There was a familiar mouth and nose, and the eyes were slanted oddly. And there where markings… stiches too small to count along the tendons in his neck, around his eyes, only detectable because of their soft silver color, just a shade away from his normal skin. He spoke again, his voice soft.
“Do you remember your name?” my body began to shiver uncontrollably. Images assaulted my consciousness: images of a dark sun and cities of eternal night, pale spirits with fourteen fingers that fed on human life force and flickered through space-time like ghost, ghosts, spirits and wraiths and…humans?
“Human,” I whispered hoarsely. “I am…human.”
The stranger bared his teeth. “That race is dead,” he snarled. “You are lost, child. You are ours.” Firelight glinted on his incisors, dying them red, yet it was dark all around us, and cold. Wind howled a lonely tune through the hulking shapes of trees on sand dunes. This place was alien, and yet it was so achingly familiar I wanted to curl up into a ball and sob.
“Race?” I laughed dully. The word meant nothing to me. “Then race is all I have. Lost is not a name…I am human.”
There was a low growl very close, and I realized it was coming from the stranger. As I watched in abstract horror, his teeth, red without light, grew long, stretching out of his mouth like hideous icicles, pointed and sharp. I whimpered. There were no stars in the sky. A six fingered hand wrapped around my throat, and I was lifted off the ground. The stranger’s eyes bored into mine. They were a silvery color that seemed to be merely a veil over total black. Nothing broke their color—no pupil, no whites, nothing. Just two silvery slits, two portals through which I was falling. He placed his long, tapered fingers on my forehead. I shuddered, trying to pull away…
And then I was somewhere else. A backyard swimming pool in the heat of summer. A laughing woman, coming to bring me and a friend ice cream. Mother, I thought helplessly. Her face was smooth and perfect—perfectly human. Then it twisted and bulged hideously. The memory went dark. The darkness filled with color and this time I saw a man. His face was rough with stubble, but his eyes were warm and his mouth drawn in a smile. Father, I cried silently. His rib cage was torn open by an invisible force. Before my eyes his face melted as though seared away with acid. In his place there was something writhing and inhuman.
Again I was transported through time and memory. Again I saw a face. This one was young, innocent, dappled with autumn sunshine as he leaped into an enormous pile of leaves…only to be tossed out of it like a shrieking ragdoll by a monster the size of a truck with an alligator mouth and a body of dripping, writhing snakes with dagger fangs and bright red eyes that burned like coals. It raced for the boy. Me, I thought in numb horror. The monsters jaws closed over the boy’s leg.
He screamed and I screamed with him. I screamed and screamed and screamed as my face was ripped off and my intestines splattered the ground, and I screamed even after the memory had faded. Then there was silence and nothing. I screamed at the nothing until I could not scream anymore. For an instant of an eternity I lay there, lost in nothingness. For an instant or an eternity I went mad, and then I was sane and then I was mad again. Then I was nothing…and then there was no I.

The boy lay still. The stranger took his hand away from his face. He opened the boy’s eyes with a thought and stood him on his feet. With the careful precision of a professional, he shone the flash light into the child’s eyes. They reflected the light, casting a silvery hue over the surrounding area. The boy’s mouth opened, and a strange, guttural noise came out, ending on a shivery, flutelike note. The stranger answered in the same tongue.

“Do you know of your race?”

“Yes. We are the Jyyn.” the stranger smiled.

“I am Drail of the Hunter Jyyn. I am to do without question, hunt without feeling, kill without mercy. I am to watch and to learn the Jyyn way.”

The stranger raised his hand and clawed the air. A rift opened in space time, black as night. The human skin fell from his face to reveal a snarling Jyyn, his face stripped with gold and black like a humanoid tyger.

“And where,” he asked his apprentice, “is our destination?”

“The stars,” Drail of Jyyn whispered. “The black star of Jyyn…the star of no light.” and then, together, together they leaped into the rift. 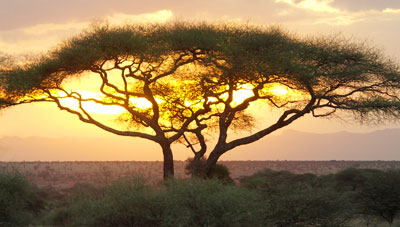