Her, Him, and Four Other People Who Really Shouldn’t Have a Say in the Matter | Teen Ink

Her, Him, and Four Other People Who Really Shouldn’t Have a Say in the Matter

“List the factors explaining the rise of interest groups,” a sturdy male voice called over the murmur of townsfolk in the shop, lying in the overstuffed chairs basking in the Saturday morning sun, enjoying their coffee or chatting contently.
The girl across from him leaned back a little bit as her muscles relaxed into the cushions of her chair. The sigh in her chest revealed the obvious fact that she could think of a million other things she would rather be doing than studying for the AP Government test. Especially with a guy as cute as her study date right in front of her.

“Um…” she began to answer the question, but her mind was in a warm-coffee-daydream haze. “When the government restricted the amount of money they could donate…” she couldn’t get very far before she was lost in his eyes and her words were going somewhere else. God they were gorgeous hazel eyes.

From above, Aphrodite, goddess of lust and beauty, turned her attention to the two apparently average lovebirds. She cast her gaze over the scene, excited for the possibility of a newfound relationship. The boy’s gaze ripped itself from where it was attempting to study the page of the textbook. It fell on the girl, now with her feet on the table, leaning her head on the back of the chair and looking up at the ceiling with bored eyes. The way her hair was cast over one shoulder made her look beautiful in the lazy sunlight, provided by Apollo, god of light and truth. The fact that she was wearing sweats and a t-shirt didn’t detract from the fact that she was the most intriguingly gorgeous girl the boy had ever known. Slamming the book shut and tossing it by his backpack on the floor, he leaned forward and put his elbows on his knees.

“Oh this is good,” Aphrodite smiled excitedly, effervescent with anticipation. Just when the boy was reaching over to take the girl’s hand, Athena, goddess of wisdom and strategy, strolled by. “Watching stupid teenagers fall in dubious love, only to have their hearts broken?” she chirped nonchalantly.
“You’re just jealous that you will never have love for yourself,” Aphrodite barked back. “You’re far too analytical and require far too much knowledge. Love is supposed to be free; it’s just supposed to happen.”

Just then, the boy leaned in to kiss the girl and put his hand on the back of her neck. Their knees were touching underneath the table. “The small coffee tables were my idea,” Aphrodite pointed down at the spectacle with puppy-dog excitement. “It makes it so much easier to get close.”

“Congratulations.” Athena spoke in a staccato, monotone voice while she filed her nails in utter indifference. As Hera, goddess of marriage, walked up to the two, Aphrodite turned to her and put out a hand, palm facing outward. “Don’t come any closer! Don’t ruin the moment for these two!”

“What is she talking about?” Hera turned to Athena, rolling her eyes but otherwise unfazed by Aphrodite’s outburst.

“If only I knew,” said Athena, biting off a hangnail.

“I’m talking about you,” she pointed at Hera, “ruining their,” she swung her finger to the couple below, “chance at real happiness.”

“An eternal bond to the single person you love the most is real happiness,” stated Hera, curtly.

“Oh, what a bunch of crap.” Aphrodite had no patience for such things. “We all know guys are after one thing in a relationship, and you don’t need marriage to make that happen. As far as women, they only want a marriage because society tells them they have to. Nobody really wants to be stuck with the same person forever. Can you imagine how boring their love life would be?”

As Aphrodite turned back to the happy couple, now fully making out on the couch of the Starbucks, Athena continued to file her nails, and Hera gazed upon the coffee shop with a sort of motherly glow, wishing the couple a long and happy future.
Even before Hades rolled in, the fires of hell licked at the three goddesses, warning them of the approaching presence of the keeper of the underworld. “Great,” Hera muttered under her breath.

“Hello ladies, what have we here?” said Hades in a buttery-smooth, overly-confident tone.

“I have pepper spray and I’m not afraid to use it.” Athena was not ready to play games. “Why don’t you go back to where you belong?”

“Just whatever you do, don’t ruin things for the couple down there.” Aphrodite stuck her finger out directly at the boy and the girl in the coffee shop below.

“Well that was stupid,” Athena pointed out obviously as Hades leaned over to see exactly where Aphrodite’s finger led. Seeing how happy the two were, a smile slowly spread across his face. Aphrodite took this to be a good sign, and began jumping up and down excitedly, believing that Hades was finally going to accept and nourish the love of the world. But the chuckle rising in his voice was not one of joy. Hades closed his eyes and focused all his attention on the words the boy was whispering into the ear of the soon-to-be-broken-hearted girl. Sweet words trickled into her ear from his lips, which were pressed into her soft, chocolate-brown hair. But Hades knew it only took one little slip-up to reverse the damage of love. Only one. And he could create it.

“My name is Catherine! Who the hell is Stephanie?”

The words echoed from the girl’s mouth. They floated around the coffee shop, where everyone stood frozen, and drifted up to where the goddesses stood above.

The boy, shocked at the mistake he was sure he did not make, felt a sharp sting in his right cheek as the girl slapped him before striding out of the coffee shop. “Study date over,” she stated in a choked voice before rushing out of the glass door which swung behind her, leaving the boy alone in the warm sunlight, next to the depressingly empty space in the chair. Aphrodite and Hera broke down crying in the heavens above him, as Athena couldn’t help but mutter, “I told you so.” 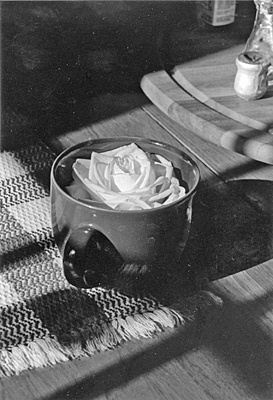