Favorite Quote:
"forgive your enemies, nothing bugs them more."

Helena, Hermia, Valla, and Esperanza walked through the dew touched grass. The Morning shown on the small water droplets. Today was a different day for these four girls. Fore they were lost in a forest. Though it wasn't just any forest, oh no it was the Forbidden Forest. It lay at the edge of their small town. They had been picking wild flowers in the fields near their home and before they knew it they were engulfed by the surrounding trees. Only separated by a clear spring lake was a dark mansion that sat on the opposite side of the river from the forest.

They climbed cautiously over rocks and reeds. The cool water splashed against their skin. They carefully made their way to the other side, the water pulling them along at every step. They clamored from the river bed and were sopping wet, drenched from head to toe. Shivering in the breeze they made their way over to the gate. As Hermia reached to ring the bell, the gate swung open as if by magic. It was as Though a dark cloud was lifted from the house as they passed the gate. Even the plants seemed to brighten as the girls passed by them. No longer a dark forest, but instead now a bright enchanting meadow. It was like the entire house had awakened from a deep sleep. They climbed the steep crumbling stairs to reach the doorbell. But they found that once again the door swung wide open.

Venturing inside they came to a spiral (marble) staircase. They looked up and down only to see it stretching on forever in both directions. “Where are we,” asked Esperanza. Devon, said a boy about eighteen or nineteen, “or at least that’s its name though it doesn't look much like it anymore.” “What is Devon,” asked Valla curiously. They boy looked puzzled as he spoke, only the best military training school in the US, or at least it was before the war. It was silent for a minute before Hermia spoke, “wait…what war?” WHAT WAR, where have you been for the last six years, demanded the boy. “In a completely different world,” replied Helena absent mindedly.

There was once again silence while they each contemplated what to say next. Finally the boy broke the silence, well if you really are aliens then I must introduce myself. I’m Brinker, he said as he stuck out his hand. “Charmed,” said Hermia as she daintily shook his hand, while the others just sat and stared. Gene should be around here somewhere, Brinker said as he looked up and down the long corridor. Valla spoke quietly, “excuse me but would you mind explaining more about this war you had recently. It sounds quite interesting.” “Why of course, I would be glad to. You ladies may look around, the grounds are looking especially chipper this morning, “he replied as the led her off to discuss the war and its great many details.

Well now what are we to do, Valla is preoccupied and we have no idea what this place is other than a school, complained Helena. Yeah and my stomach is growling so loud I think it might swallow one of you whole. “Well we certainly don't want to let that happen,” said a handsome boy who had suddenly appeared in the hallway. The girls looked at each other obviously unaware that the stranger had been listening. I guess I wasn't introduced by Brink already, I am Gene Forrester, said the boy. “Oh,” said Hermia, “he did introduce your name, just not you exactly.” Well there’s at least one who has a quick whit about her, Gene said charmingly, well if you would follow me ladies I will introduce the rest of the gang, get you something to eat, and if you would like to discuss anything at all don't be afraid to say so. Hermia giggled uncontrollably until Helena jabbed her in the ribs. “Owe,” yelped Hermia, “that hurt.” Helena and Esperanza only shrugged their shoulders as they looked at each other and then quickly followed Gene down the marble stairs.

As they walked out into the courtyard which smelt of sweet flowers, two more boys joined them. Ladies may I introduce Chet and Finny. Finny grabbed both Helena’s and Esperanza’s attention. After all who could blame them he was handsome, smart, an athlete, and he was wounded. He had broken his leg twice recently. The first time he had fallen out of a tree, and the second he had fallen down the spiral staircase of Devon. Over the few hours that they talked they learned much about each other. Gene was very studious and had just gotten back from the war a year ago. Though scholarly strong, he had been crumbling from the pressure of battle. The other one, Chet was his name I believe was...well quite boring to be honest. They had been dedicated students yet neither had shone that to the world or put their knowledge to work.

The end of the day came and it was soon time to leave. They said their solemn goodbyes as they opened to gate to go. They waked out and crossed the narrow country road and turned to look. Once again as if by some sort of magic, the dark cloud returned to loom over the school. The once happy faces at the door grew sad as they watched their new found friends leave. It seemed they would never see each other again. Gene ran forward but before he could get outside of the grounds, the gate slammed shut. It was as though something held him there. Trapped for all eternity in a land unlike their own. Valla called to Brinker and the rest, “don't worry. We’ll come back.” Hermia ran forward to say goodbye to Gene as the others ran on ahead. Goodbye, it was so nice to meet you, she spoke softly through the steel bars. She smiled and ran off to a world he could never imagine. They scrambled across the rocks in the riverbed and stood glancing back one last time and sped off. Hermia once again looked back and waved for it was the first and last time she would see this mystical place. She smiled a sad smile as she walked through the tall grass to find that they never really left their world but only visited another.

As they returned to their village, they told their grand tale to each person they met. Whether old, young, big, or small, each one denied that such a magnificent place and adventure could possibly happen to four young girls. Each person said the same word when they were told of this incredible experience, “impossible.” Yet no one believed their story, Valla, Hermia, Helena, and Esperanza remember to this day what happened that night long ago. Though each person interprets it in different ways, they all have a common thread. For some it is a red, gold, green, or blue thread, but for each its base is the same, “imagination.” 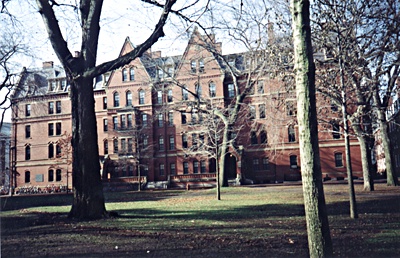 The author's comments:
i needed to write a fantasy piece for english envolving characters from books we had recently read as a class, so i though i would make it an adventure.
Post a comment
Submit your own