At the Hands of Aliens | Teen Ink

At the Hands of Aliens

I don't want to be here. It’s not my fault I was too young to have any say. I was excited at the time. So by the time I was old enough to think it through, I was halfway across the galaxy from home. I only lived on the Earth for five years, but I still call it ‘home’. What other home do I have? Not the ship I lived on for ten years. Not the planet I’m on now, certainly. Don't ask me how it took only ten years to travel hundreds of light-years. I don't know. I don't care. It just means it’ll only take ten years to get home.

I was 15 when we arrived. It’s some project of NASA’s, befriend the intelligent life forms. It’s got some confusing scientific name. Who cares? I’m not here for NASA. It’s impossible to befriend these – aliens. We don't speak the same language, we don't live the same, and I doubt we even think the same. Al least on earth we were all human. Here we’re not even the same species. We’re the newcomers, the outsiders. The only thing the aliens are humanoid about is their discrimination. They stare, whisper, and call out tauntingly at us. They hate us. Why can’t we just go home? 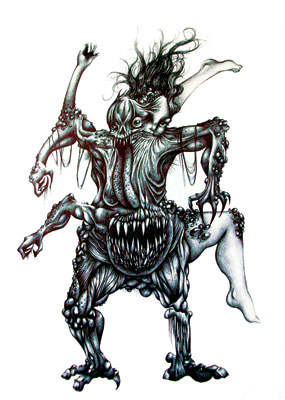