echo wakes up and stretches. she kneels and starts a casual morning exercise playing with the water by magic. a girl with auburn hair and emerald green eyes walks in. echo sees her from the corner of her eye.

"galaxy?! what are you doing here?" fire laced her voice as she whirled.

the girl smiles at her, a bit of laughter in her voice. "I'm not Galaxy."

echo turned to her fully. "who are you?!"

"Well because this doesn't affect anything i can break your mind and it wont permanently physiologically damage you. you arent real."

frost ran in, staring at me. "how did you get in here?! the caves?"

"what are you? a lion?" frost growled.

"naw, i prefer the moon. strangely i also go by Dawn... odd. but in answer to your question, an author."

"you mean... like a writer? how is that relevant?"

"as i was telling echo, i created you. you exist inside paper only. well, technically computer only."

"you're my characters. although, because the third person is from echos perspective shes rubbed off on me, so i kinda hate you, frost."

"she didn't make me hate you... wait, no she kinda did. in fairness, i made her hate you and then she made me hate you. i would say expect a tragic death soon, but i need you to kill someone in the future. two villains, in fact. i think... i wont say who because we're being read and i cant give away spoilers. of course, i might kill you in a sequel series... and you will be close to pipe, so it could boost the story."

"what does pipe have to do with this?" frost growled.

"she almost dies within an episode or two."

"i saved her and raven. that already happened from where I'm writing. but I'm going to do a sequel series about her dealing with the accident probably."

"what happened?" frost asked. i was getting tired of talking to her, i was here for echo...

"fell in the bonfyre. echo saved them. speaking of which, you've been very quiet and, as i said, i dont like frost very much." i eyed her to indicate that she please leave.

"um... ok. what can you say? since we're being... read." echo groaned inside. now she and all her problems weren't even real? wait, couldn't i fix it if i was her writer?

"i hear your thoughts you know. that's what i write. but i was going to have you marry zephyr but firstly, i dont know how to write romance, and secondly, the series ends by then. i can also say i really like galaxy, and she knows something about you that you don't."

"what? and why would i marry zephyr? also why wouldn't you just have me marry him in that sequel series."

i awkwardly avoid her gaze. "well, see... generally speaking my protagonists have... shorter... lifespans. i may or may not have something planned."

"i dont! practically everything i do right now at some point ends up being related to you, like when i make ocs i make another of you, and i occasionally imagine you into situations where i am. i just don't write happy stuff. besides for a little while you'll get happier. next season you'll find out something that will thrill you! and at the end of that season you'll be depressed again. and everything will get out of control in season 4, the last one."

"its already out of control. and how is that meant to make me feel better?"

"so now i know that you have total power over my awful life and could probably just conviantly solve all my problems but instead you're planning my death."

"that's harsh. you hardly know me."

"you're about to start singing your own theme song."

"is that enough proof?"

"that was so-" she couldn't finish speaking, she just made an angry huff.

"this is a short, so it doesn't affect anything else. so i guess i could kill fr- nevermind. i dont hate you that much! i just like to kill characters. keeps things serious. pipe and raven lucked out... though i did disable raven..."

"you did what?!" frost clearly wasn't impressed with me.

"wait, if you're the author, than what does the stupid riddle mean?"

"i cant tell you that! you'll figure it out soon. but ill give the reader a riddle at the end of this so they can try to figure it out. it wont really matter to you, because you, as you are right now, dont exist in the real world. your in a pocket parallel universe, i suppose, and when the writing stops this you will cease to be in favor of current, normal you."

"the fabric of your world will be unmade. i also did a short about you and galaxy meeting. you really should think about your eyes."

"you'll still exist, just without this new information. and besides, i cant move on to realish you or the short where i talk to galaxy without ending you. you'll relive this and be remade whenever this is read, dont worry."

"so ill be stuck on a loop with no knowledge of past selves?"

"is this even my first run thru? how many times have i been read?"

"well from my perspective i am currently writing you, so only once. in realty, i cant say whos reading this now or anything. this could be your thousandth run. one more question, not you, frost. you already asked plenty."

"is character favoritism even allowed?"

"hey, i said not you. but i dont know. besides, echo turned me against you after i turned her against you to be accurate to your character. and I've been gradually favoring you more. she has too. anyhow, echo, i was here for you. frost, i might chat with you at some point but for now, echos the profile picture she gets the last question."

"I'm the- wha- ok, you said your writing this, but you referred to seasons and episodes. if this a novel or a show?"

"eh, its my own weird thing. its writing patterned after a tv show. its called interwoven wolves, because your destinys and paths are interwoven. i have the theme song because i think ill try and put you on youtube because the platform your on is smaller and i dont belive many people are reading you, and if my friend can animate you, or if she cant because of school and i have to learn how to to put you on youtube, i like to have everything ready in advance. here's something even though you didn't ask. at the end of the series, you'll be happy. you'll feel good about things, though be slightly irritated and bitter. you just might salvage the core frost loves to talk about. or you might randomly die in a couple episodes because why not. its hard to say."

blend of fyre and ice

and i thought i could say more without

giving away to much

and thus it appers

that this riddle has only

and for those who think

they can crack some code

i wish i was cool enough to do that

if you want to crack hidden riddles

you're reading the wrong person

try jk rowling(snapes first line of dialouge turns out to be in victorian flower laungue and means i bitterly regret lily  belive. i do not have anything like that."

"that wasn't like the other ridd-" echo started, but it turned into an uncertain, wobbling voice and then a scream. frost screamed as well as they disintigrated, with the cave, and me, and the world, leaving only blackness. which also disappeared. i smile on the other side of the screen as i write in a small, silent laugh. goodbye! 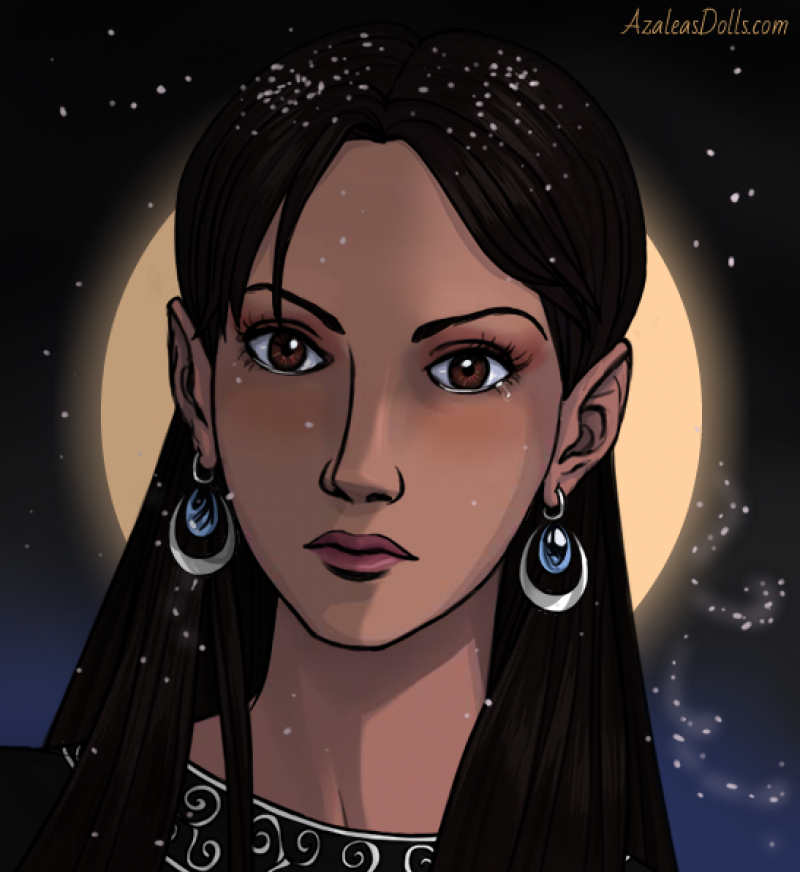 have i wanted to meet echo for ages? maybe... I'm marginally obsessed with her!

no i did not describe my own appearance, that was my avatars, and my name is not legally dawn its something else. no personal info was shared. that was loads of fun tho! if you have characters write yourself into their story elsewhere and tell them what they are. its hilarios