It was a gloomy Sunday morning, I was in no mood for any arguing. I worked on writing journal till dawn as usual. Even though it was the fourth year worked in magazine house, it still costed me a great deal of trouble. I was bad tempered, because I did not satisfied with my final draft. My first quarrel with Taylor originated in a trivial misunderstanding. I got into quarrel with Taylor, my future husband. The reason was that he changed our wedding date without any saying. We did not have much troubles before we engaged. He was a very thoughtful and loving boyfriend. I tended to be very emotional and selfish, but Taylor always considered my feelings and our relationship first. Therefore our relationship could be maintained for last few years. However, his attitude toward me lately got indifferent. I had no idea what the reason is, and what it means, and what will happen at that time.

Even though I used to be a huge reader in college, I did not go to a bookstore for few years. After I got off the work, I didn’t really go out for a personal pleasure. But I really needed to refresh, so I decided to go to the bookstore where I used to go with Taylor when we were in college. Everywhere I recalled my old memories with Taylor. I clenched my teeth to hold back the sobs. However, when I arrived at the store, there was a newly opened drugstore. I was really disappointed, since I not only took a long time to get here, but I also wanted to look back our old days there. Suddenly, I heard someone sighed. He was the guy sitting next to me on the bus. He said, ” I am not the only one who makes vain efforts.” I didn’t replied to him. When I saw his frustrated face, I could not keep a straight face. When I glanced his face, dimples appeared on his cheeks. His smile was similar to Taylor’s. His name was Kevyn who graduated Seoul university which is located next to my college. After he graduated, he moved back to his hometown which is Busan. And he came Seoul for attending friend’s marriage. We had many resemblances which let us to become intimately acquainted. He had much positive energy which makes me laugh and forget about all the stressful matters. I felt really lucky to meet a friend understanding and encouraging me.

Few days later, since it was my brother’s brithday, he invited me and Taylor to his house. Then unforeseen circumstance happened. I did not remind Taylor before I went to work, because I thought that he would feel pressured to prepare a birthday gift. At lunch time, I sent him a message that we will meet at 7pm at the restaurant where I made reservation. Taylor used to be a punctual guy, so I didn’t have doubt for not replying my message. The time was up to 8pm, but he did not show up. We were really worried about him at first, since his mobile was turned off. But he was not in his office. It would be the third or fourth time that my brother meets Taylor. We were let down because the dinner was not as successful as we had expected. After we finished the delayed dinner, I went back to home hastily. The door was opened, and things were left scattered. Taylor was sleeping on the sofa as usual. I had no idea that he is drunk or not. It was not weird that he slept on the sofa. So I did not care about it. Next day, I asked him seriously about our present relationship and engagement. If he regretted about the engagement, I would consider breaking off a betrothal. As I worried, Taylor wanted to break off our engagement. Before I said goodbye to him, he nixed out the house.

5 years have passed, I totally adapt in a new way of life with Kevyn in Busan. Many things are changed, but I actually love a new life. It is my old dream to live at the seaside. When I walk along the beach with Kevyn, I always talk to him that I want to raise my children here. Our house is not grand and roomy, but there are so many great aspects that make us happy. I feel very grateful and blessed every weekend that I have a boyfriend who prepares breakfasts only for me. I wake up with smell the pleasant aroma of something cooking. When I come out, I also can smell the tang of sea air, and see the seascape in a living room with a kitchen attached. Kevyn always consider me the most, and never blame at me for oversleeping. The reason why I love this house the most is that here is the place where Kevyn asked me to engage. I can not forget all the memories about Taylor, but Kevyn makes a great effort for me to overcome from recalling old days. I love a new work place, a new house, and my boy friend, Kevyn. I do not meet his parents yet, because they lived in U.S. But I am sure that they are very rich and loving. We go traveling almost every weekend. The date is coming. I should choose people to send my wedding invitation. I always have little curiosity about Taylor. I should not do that, but I send it to an old address of his sister’s house. The next day, I get an email from his sister, Lily. I can not believe what Lily wrote in the email. Taylor was died 4 years ago. He had a cancer of a lung, and detected late. He could not tell me, because the possibility to be cured was pretty low. So he decided to keep in secret to let me break off the engagement.

I can not believe it . Whatever the reason was, he told me a lie, and did not believe in me. Even though, I want to retrieve the old days with Taylor, he already passed away. And I just meet the one who really love me. It is so natural that the irretrievable love always hurts. To avoid making same mistake that I lost my lover because of my unawareness, I will try to build more trust between us. I will express my love as much as possible, and I will not leave my lover what difficulty he has. I will not make any mistake, not anymore. 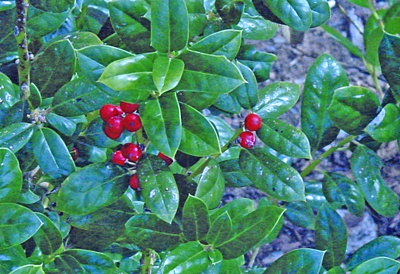