He drummed her fingernails against the corner of his undersized school desk. Three… two… one- exactly six and one half minute until sixth period lets out- six and one half minutes until he delivered. It was a schedule he had followed since sophomore year, every other Wednesday just after sixth period, he delivered the note. Never anything that could give him away- he either typed it up and avoided the use of his hand writing, or cut his desired words from newspaper and magazines ransom-note style.

The message was always the same- the words always different. On Valentines Day last year he had given a small bag of Conversation hearts, a cheesy card, and a Yellow rose. Halloween two years ago it was a chocolate eyeball and a small card saying, “You are my treat- here’s one for you. No tricks.” Red and Green gummy bears just before Christmas, Irish Truffles around St. Patrick’s Day. Today however, like most delivery days, a simple folded piece of loose leaf was all he intended- in now four minutes and sixteen seconds- to slip into her locker. He had decided to give a plain and simple note today, a wrinkled “You enchant me” was all that was uttered on the wide-ruled paper he clutched in his right hand.

He got a sort of kick out of it- he imagined so did she. He wondered how exactly it made her feel when she received his notes. Was it the one thing that gave her self-esteem? Or did she think of herself just as fondly as he though of her? Who did she think dropped the notes, - a jock, or a techie, perhaps, but certainly not him? He knew he was a secret, pondered or not, he didn’t know, but only he knew that this Clark Kent lay under Superman’s six-pack.

The seconds ticked away as his patients and level of attention to the lesson diminished. He became jittery as Mr. Jacobson announced that it was now time to pack up- only twenty-four seconds remained on the teasing clock. Finally- the second hand reached the twelve and the minute hand became perfectly aligned with the two. He held his breath and waited for the bell to set him free.

The thirty-two seconds Mr. Jacobson’s clock was off by were agony- but in a way made the final bell even sweeter sounding. He wove his way through the crowed hallway; the destination was soon in sight.

Ten feet to go… three… two ... one… touchdown. The paper seamlessly slipped into her locker, making the tiniest sound as it landed on her thick beginning-of-spring hoodie. Not a moment later, though, his regulatory schedule was upset. She was exactly twenty-one seconds early- giving her a chance to see a hand dropping the note into he locker- and to whom the hand belonged.

If it was possible, his heart stopped and smile jumped onto her face simultaneously. His gaze met hers, and at this moment he was still her lab partner, he was still her childhood friend, and he was still her next-door-neighbor.
But in that moment, and everyone that followed- the one thing he finally wasn’t, was her secret admirer. 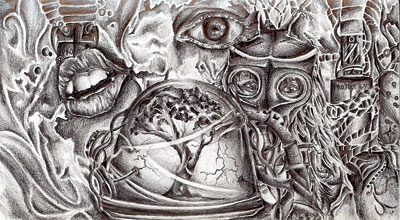 The author's comments:
Most certainly not 100% true, but this was inspired by the boy who gave me my first love letter- well, first two, as of yesterday
Post a comment
Submit your own

This article has 27 comments.

Favorite Quote:
Live for today, not for tomorrow

Favorite Quote:
"Live your art" -made this one up myself. Simple, but true.

View profile
I already commented on the other one that is just like this but I still like it. Good job
Phoenix97 PLATINUM said...
on Nov. 10 2010 at 12:19 pm
Phoenix97 PLATINUM, Minneapolis, Minnesota
29 articles 4 photos 62 comments

Favorite Quote:
See lyrics to "Let the Waters Rise" by MIKESCHAIR and "Everything" by Lifehouse

View profile
This is adorable. The plot isn't terribly original, but I think you wrote it well enough that the story has become unique. My favorite part is the way that you had the secret admirer have the delivery timed to the second; it added a little bit of oddness, in a good way ;). One thing though, in the second-to-last paragraph, I think, you should change the short dashes around the phrase in the last sentence to longer dashes. I think for most people, that would mean double dashes like this --.
elfen_girl BRONZE said...
on Oct. 20 2010 at 12:52 pm
elfen_girl BRONZE, Wilmslow, Other
3 articles 0 photos 53 comments

View profile
thats so sweet i wish i got a love letter all my boyfriend gives me is a card and kiss
nsane PLATINUM said...
on Sep. 8 2010 at 10:41 pm
nsane PLATINUM, San Jose, California
26 articles 2 photos 8 comments

Favorite Quote:
You will never leave where you are, until you decide where you'd rather be.

View profile
Yeah, this was the original version of A  Secret No More.  This one had a lot more grammar mistakes and such.  I edited this and re-submitted it under a different name.
Inherinerd GOLD said...
on Sep. 3 2010 at 7:24 pm
Inherinerd GOLD, Ashland, Ohio
16 articles 9 photos 302 comments

Favorite Quote:
A word to the wise ain't nessecary it's the stupid ones that need the advise

Favorite Quote:
"DON'T PANIC." ~from The Hitchhiker's Guide to the Galaxy by Douglas Adams

Favorite Quote:
"According to some, heroic deaths are admirable things. (Generally those who don't have to do it. Politicians and writers spring to mind.) I've never been convinced by this argument, mainly because, no matter how cool, stylish, composed, unflappable, manly, or defiant you are, at the end of the day you're also dead. Which is a little too permanent for my liking." — Jonathan Stroud (Ptolemy's Gate)

View profile
You did comment on this, but it was the revised version in the forums.  Thanks for commenting again, though.  This is based on a true story.  A guy did give me a couple love notes, (which frankly got annoying after a while) but this isn't totally real.
SarClark BRONZE said...
on Jul. 28 2010 at 9:30 pm
SarClark BRONZE, NC, Connecticut
2 articles 0 photos 534 comments
View profile

I could have SWORN I commented on this.

I love it! It's so truly perfect and amazingly written, it makes me want to squeal. lol :)

Did this really happen??

If so, tell that boy he's going places with those brains. Lol :)

View profile
Thanks :) It's unlike me to be cute while writing- but we all have our romantic days
HeatherBee BRONZE said...
on Jun. 9 2010 at 4:06 pm
HeatherBee BRONZE, I Live In, Texas
1 article 0 photos 1979 comments

Favorite Quote:
Go on and try to tear me down. I will be rising from the ground, like a skyscraper

Love is louder than the pressure to be perfect

View profile
This was really cute :)  I just noticed a few grammaticak mistakes, like you spelled patience like hospital patients.  He's very passionate about this girl and I think that's how every girl imagines the guy they like.  With this you can relate to boy and girls everywhere.
NorthernWriter said...
on Jun. 1 2010 at 11:00 am
NorthernWriter, Fargo, North Dakota
0 articles 0 photos 326 comments

Favorite Quote:
"Only dead fish swim with the stream"

View profile
beautiful ending...really, if you fix it up and spend some more time on it to correct the grammar mistakes you could submit it again, e-mail the editors or something to get rid of this one, and it could be in the magazine or something...i love it! keep writing!
NeverCaredForKool-Aid GOLD said...
on May. 31 2010 at 7:24 am
NeverCaredForKool-Aid GOLD, Elkridge, Maryland
13 articles 0 photos 531 comments

Yeah- I know.  Those grammar mistakes REALLY bug me, but I can't find a way to fix them on here :(

Oh well, the good part about being a writer is you can always write more!!!