I think I’ve lived for awhile.
The days mix with one another in a foggy cloud like sand stirred up in a shallow stream. Some days I wandered in search for food, in others I relaxed on the riverbank, and let the sun’s rays coax me gently to sleep. Some days in that vast jungle I came across friends, and I’d nod to them. Friends were scarce those days in the jungle. One day they are there, the other day they are gone.
My life in nature was pleasant. Mindless, but genuine. Genuine, but mindless. I’m not sure if I regret leaving, but I’m not sure if I would want to go back. I don’t know if I could. I’m still indecisive, you see. No worries, I have a lot of time to think about it.
I left the day I smelled something new. I had been wandering for days. I always wander, however gradually. The smell was sharp and acrid, and clung to the trees like mist. The birds above my head were hushed, for what reason I knew not. I wish I could ask them. Their minds are just too quick. Too quick.
The ground seemed different, too. It squished less as I stepped, I think. I pondered what was amiss as I listened to the wilting crackle. The green of the land still stood tall around me, hugging me under it’s crisp tentacles. I couldn’t see the matter.
I quite forgot food that day. Not wise, I suppose. I miss the fresh  fruits of the jungle.
I wasn’t prepared for the soil to disappear altogether.
The line of defense between me and another world was that of a single frond of a large fern. Beyond that were trees of grey stone and earth of grey stone and so much grey. Noise rushed into my ears, and left. I watched blurs of sound hurtle across the stone, coming and leaving so fast I could hardly see them. Faster than birds, the sound was. Faster than anything.
Tentatively I stepped onto the stone. On the other side of the sound lay more of the green. A little more of my vast home that I had never seen before. But before I proceeded, I looked around myself. All manner of bright things surrounded me. They looked like oddly-shaped flowers, but they smelled like rot. I’ve smelled rot-flowers before in the jungle. They’re red and white-specked and swarming with flies. Some of these small rot-flowers reminded me of the big ones. Neither taste pleasant.
Would I wander over the sound? That question was so big in my mind. Every time a sound would pass, I would ponder. Maybe I will then become a bird if I run into it, I thought.
I decided to sleep on it, but I awoke with a start as another sound passed in the dead of night, alight with white starlight. The light and the sound was emblazoned in my eyes for awhile, but I didn’t mind. I had found where the stars slept! I had always believed them to be like me, but they were too quick. The stars were quicker than birds.
Enlightened, I walked across more of the stone. The stone was a little sharp in some places, and my feet grew weary. Strange how such old calloused feet grew weary. So I rested. Anyhow, the stars seemed to be asleep now. Everyone has to sleep. Stars sleep all day, but they move so fast at night that I was sure they needed naps.
I was unwise yet again. Stars never sleep--so don’t you be fooled. I woke to feel the ground tremble under my weary feet. It was a star, it’s two white eyes coming at me in a blur, and I wasn’t fast enough.
SCREECH.
The star, all sleek red stone and white eyes stopped for me. I could feel its bitter wind in my nostrils.
The new world never ceased to amaze me, because the star opened! Just like a bloom. Two petals opened and crashed back together in unison. Now two dark silhouettes were left. They were even taller than the star, with two long legs and two legs that dangled at their sides. With birdlike steps, they strode up to me. The smallest creature crouched down to face me. It’s eyes were green and alight.
“Not you too,” she said, her voice a soft croon. She stretched out a leg and ran it carefully across my head. As if I would bite her. I would never bite a bird.
“Do you know what kind it is?” the larger creature asked, bending down too and looking at his partner.
“You won’t believe this, Matt, but I think it’s a Galapagos tortoise. Must have been smuggled here. Can’t believe it’s not roadkill yet.”
The male’s eyes widened and he whistled like a bird. “Let’s take him to the officials,” he said. “Maybe it’s possible to take it back to the islands. It doesn’t belong in this rainforest.” 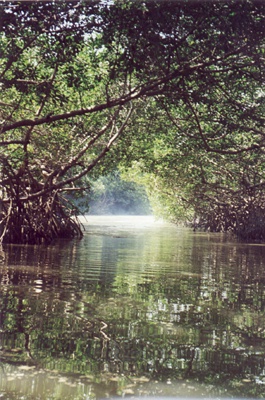 I was riding the bus when I came up with the most random idea.