The bleak November day had demoted the most commonly brazen Eden Drysdale to the dull seclusion of her century-old house. If the damp wooden walls or stone heath by the fireplace could talk, they would not. They were too tired to speak, like Eden. She had not bothered to throw together a light breakfast for herself at dawn. ( She would have you know there was no dawn to eat breakfast with since the flat grayness of the sky was barren of inspiring colors.) She had abandoned the bathroom counter on which her hair straightener waited for it’s daily use. Not even counting on leaving the house, she had stayed in the long nightgown, thin robe, and her hazelnut tendrils had been aimlessly piled atop her head and clipped into place, out of her eyes.

The aged woman of words now stood at the window, gazing catatonically at what would be the decrescendo of the front yard. It was a hill now running and blurred as if it were a watercolor painting a toddler had sobbed onto. Eden’s half-open emerald eyes wove their inconsistent focus through the drools of the rain. She looked as if she were staring at a snowy television scene; oddly mesmerized, but not anywhere near the edge of her seat as she perhaps should be.

To her left, in the laundry room, the swishing of the washer and the incoherent mumbling of the dryer chorused, as usual. In the kitchen, the refrigerator hummed as it kept her food edible. Through the ancient radio, Simon and Garfunkle sang about Mrs. Robinson almost robotically and through the crackly sound system. It sounded black and white. Behind her, comfortable on the coffee table, was the typewriter to which her career had been born. It sat sardonically upon the green fabric placemat her mother had handmade years back and grinned at her sorry back like a teenager.

For Eden, a day without literature was a day wasted. It was excruciating when nothing came. She would turn her back to the grinning devil on the coffee table and try to discard, always unsuccessfully. If it were not a sin, she would swear on her valuable life that it was alive. The typewriter talked to Eden. And it was nastier than her fourteen year-old when she was being reprimanded for leaving the house without permission. In it’s cigarette-calloused New Yorker tongue she had always imagined it had, it would slur cusses and things like, “You just keep on staring out into nothing, old lady, I am right behind you.”

When the incessant prattling involuntarily forcing Eden incisors to annihilate the nails she recently had done, she escaped to the foyer. She opened the front door and went to sit on the veranda under the roof. She peered through the small field she had to herself on the top of the hill to the big willow that had been nothing but a weak sprout when the property was bought. She often admired the peaceful majesty there was about the hanging vines that waltzed in the wind most days.

Today Eden’s feeble stomach was trying it’s hand at gymnastics at the sight of this tree now. She knew that was where her daughter was. Under that tree. Latent in the weeping, intricate greenery that was now healthily dripping wet, shielded by a cherry red umbrella, was her darling Clementine. Yes, like that endearing little song we have all heard. Clementine lay there with her not-so-endearing new Romeo.

She had no idea her mother was aware, but every rainy day, when the air was opaque to Eden’s eyes, Clem would go to a friend’s house. Or so she said. Ha, Eden mocked to herself. Ever since Romeo number one trampled in and ‘needed you’, huh, Clem?

One day, indisputably, she knew Clementine would tell her. She would sit Eden down in front of that caustic typewriter of hers and say it as if it were the year the apocalypse would roll over the Earth. Maybe she would inform of her of the all-too-obvious truth just to see the look on her face. Maybe not. Any way, Clementine was never an incorrigible brat like some other ‘young ladies’ her age. She was just steadfast to her own opinions. Stubborn. A militant, just like her mother. This attitude had ignited Eden’s career as a novelist, but also as a divorcee at thirty-five years old.

She thought of her daughter. Clementine Ann Drysdale, born September 18, 1996. Her chubby, dimpled fists always eagerly reaching to be picked up. Eden remembered looking at the skin folds on her little wrists and elbows and thinking of how they looked like rubber bands. Her little chestnut curls leaning up against her hip while she made breakfast every morning. When Eden played the song she was named after on the antique piano they had in the living room, she would hear the patting of her little feet running feverishly from wherever she just was into the room to sing along. It was her favorite sound in the world besides her shrill, soprano laughter that came after almost everything. Everyone gazing at the two of them when they went out, spending money each month as she grew bigger and bigger. As ABBA once said, sleep in our eyes, her and me at the breakfast table.....barely awake....I let precious time go by.....

And now, Eden had no choice but to morosely face the inevitable truth that her first and only baby she had ever had was on her way out. Clementine was growing up. Eden felt moisture rise up to blur her vision. And just as she was about to succumb to the overwhelming sadness and run to the kitchen desperate for ice cream and chocolate, a bolt of inspiration struck.


Clementine slipping through Eden’s fingers so quickly and obliviously had been a catalyst, if you will. A stimulant. The stuff. She took a deep proud breath, and told herself out loud, “No chocolate.” The helpless, doleful pretense had slipped away and been replaced by what Eden was. What she had always been. She was the artist that had just stuck gold.

She marched confidently back into the living room to have a face off with this loudmouth typewriter. Freeing herself from nearly nine months of non-creative bondage was over. Done.

Eden slapped her tips down and wrote. Her hands could not keep up with how fast the sentences were appearing in her mind. Joy to the world, a novel’s born! The diligent clicking dominated the witty remarks of the beholder. He was silenced. Drowned out by the narrating mother, the growing daughter, and the cheating husband coming alive on the paper. How could it only be black and white.

And it did not cease until dusk. It was still raining when Eden snapped out of her trance. She had snapped back into reality like a rubber band. Her home was dark and empty. The rain continued to poor down on her roof. Her mouth was dry and tasted metallic since she had not brushed nor eaten anything the whole day. It was alright, though. Acceptable. It did not matter. Chapter five was on it’s way and within a few months, Eden could get her hair straightened out, iron a nice skirt, and drive into see her editor.

She sat back in the chair and closed her eyes contently like what everyone does after forgetting about their diets on Thanksgiving or Christmas. She felt full and satisfied. Nothing could stop her now.

After a few minutes the front door squealed with entry and slammed back against the wall beside it. This made Eden’s eyes jet open and her whole body jump. She immediately sprang from the chair, forgetting everything else completely. She popped her head into the foyer, alarm laid across her face. It soon changed to empathy and sorrow when she registered her daughter.

Clementine stood hunched over soaked and shaking. Her white teeth chattered relentlessly as she held herself. Her hair hung in clumps and her clothes stuck to her body, justifying the ungraceful, staggering entrance. Her face pale and sobbing into the dripping sleeves of her sweater. Water ran down from all directions on her face, but it was not just the rain. She sniffled, shivered, and collapsed to the ground, spasms of cries flying out constantly.

Eden did not even have to ask to know what she was crying about. She came in alone and broken for her mom, that was enough.

Eden reached down to her soaked daughter and took her into her arms. She shuddered slightly from the wetness, but her heart was warmed as Clementine wrapped her arms around Eden, too. It was not an every day thing and would continue no to be, but it would never be never. 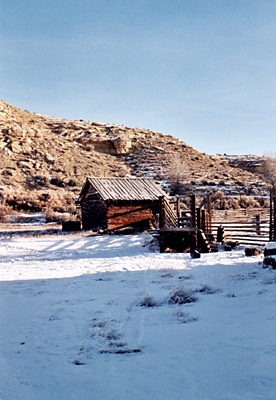 The author's comments:
Not nearly as lengthy as my other stuff, I know. I had to write this for school and I only had one night to do it. Please comment and rate!!
Post a comment
Submit your own

Favorite Quote:
"When life becomes more than you can stand; fall to your knees"
"To be normal is to be boring."
"You cannot make men good by law."
"Christians believe that Jesus Christ is the son of God because He said so."
"To be a Christian means to forgive the inexcusable, because God has forgiven the inexcusable in you."

View profile
I, like summerdreamer, knew immediately that I would love this! It kept me enticed the entire time I was reading it! Thank you so very much for asking me to check your work out!
deus-ex-machina14 BRONZE said...
on May. 5 2011 at 2:55 pm
deus-ex-machina14 BRONZE, Stewartsville, New Jersey
1 article 0 photos 439 comments

View profile
I only had to read the first paragraph and I already knew I would favorite this. It has some great lines! I love it :)