Memoir of a Homeschooler | Teen Ink

Memoir of a Homeschooler

Favorite Quote:
"Writing a novel is not merely going on a shopping expedition across the border to an unreal land: it is hours and years spent in the factories, the streets, the cathedrals of the imagination."

Memoir of a Homeschooler


“Put it away, Julie!” my mom yelled to me, slamming chairs forcefully around the kitchen table. How had she known I was reading?
“Ok,” I replied nonchalantly, placing my well loved novel face up beside my attention-deprived math book.
“Yah, ‘yeesh’ is right!” she yelled again, and I could hear the familiar zip-zip-swooshing of her jogging windbreakers as she stomped down the three little steps that led to our newly painted living room. ‘Burnt Scarlet’ to be a little more exact.
I sighed.
Leave it to mom to misunderstand me and then reprimand on being mouthy. I knew she wasn’t finished with her train of thought, so as I waited for her to continue, I thought about the fact that I was behind in math, and that in four days I had to volunteer at the Styles Theatre Center, whispering lines from the side of the stage to desperate kids who have acute aphonia paralytica, or for the more simple minded, stage fright.
“I shouldn’t have to keep checking up on you!”
There. Now I knew she was finished. It was just an instinct, something that you tend to develop after years of being at home instead of school, with your mother as your teacher. Not all days are like this. My mom is great. She can run a 5k in twenty-five minutes, does yoga, teaches grades one and two one day a week, (me the rest) and weighs considerably less then I do. But I guess you could say that stress takes it’s toll on all of us. I remember when the instinct first kicked in a couple years ago. It hit me like a brick wall. My mother was having one of those days. Her Lululemon order had gotten lost in the mail, she realized that she had bought the wrong shade of hair color, the oven was acting up, and to top it all off, her daughter had lied about being done two weeks worth of science.
After the usual, “You’re only hurting yourself!” and the ever-familiar “I don’t know if I can trust you anymore!” it felt as if my soul had suddenly clicked into the atmosphere. I could feel the next words rising in her throat, and I sat stone still at my desk in the front room, letting the feeling invade me. I listened intently as my mom pounded into the kitchen.
It would be any second now.
“You’re just going to fall behind, and that means summer school for you!”
I was right.


I had heard these phrases time and time again. It was like my mom had a separate vault for them in her brain, and once it was opened, there was no closing it until they all escaped. Then they would sit in the vault, morphing, replacing themselves with new ones, more relevant ones, better ones. And every time they were unleashed, I had to know how to handle them.
I guess you could say that I had become desensitized to them. That’s not to say that I was completely resistant to all reproving, I just knew how to handle them well. I had learned how to scan through the speeches my parents delivered and pick out the things I knew they were serious about, which sometimes only ended up being a few words. Sigh.
Detective Julie! For only ten dollars, you can send me a recorded copy of your parents lecture and I’ll send it back to you, completely translated!
Time goes by . . . .
Things have settled now. My mom walks quickly around the house, wiping, washing, vacuuming and collecting puffs of cat hair with a sticky roller. We are having guests tonight, which to my mom means that the entire house has to be sparkling before they arrive.

I sit here writing, feeling guilty because I’m suppost to be doing my math, feeling pain in my palm from writers cramp. But I’m a writer, writing is what I do. Don’t worry about the parents, I tell myself. They’ll appreciate that you did this one day when you’re rich and famous and live on your own with a houseful of dogs.

I can smell the sharp scent of Vim float down from the upstairs bathroom. Mom’s going all out this time, but I’m sure the guests will appreciate a clean toilet.

I looked out the window a moment ago, and I don’t think I’ve ever seen the outdoors so lifeless. It’s depressing. The clouds are a smothering layer of dull, monotonous grey, and everything looks brown and expired. Even though it’s the middle of February, there’s not even enough snow to cover the stone steps and a sharp wind is blowing ice particles across the barely covered grass.

It feels as if I started writing hours ago. Nothing is happening but silence. My mom’s words have faded away into the past.

Hummmmmm . . . . . My mind begins to wander.
I wish I was in the Caribbean.
Or Costa Rica.
Or Florida.
Or New Guinea.
Even better, Hawaii.
Anywhere with sun, anywhere with warmth, anywhere with excitement and noise and laughing people . . .

Does this qualify as solitary confinement?

Yes! Redemption. What next? Go take a Tylenol.
My head is hurting. 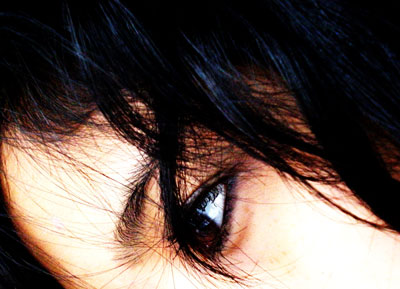 The author's comments:
I am a homeschooler, and sometimes things can get Really boring!
Post a comment
Submit your own

Favorite Quote:
"What I want back is what I was
Before the bed, before the knife,
Before the brooch-pin and the salve
Fixed me in this parenthesis;
Horses fluent in the wind,
A place, a time gone out of mind."

-from "The Eye-Mote" by Sylvia Plath.