Why am I feeling this way?
He used to be just my friend, but now he's more than that.
But I can't take what I want out of him.
Because he's with somebody else.
But he's my crush.

Crushes, I have learned, suck. Like everyone says, that's why they call them crushes. 'Cuz they crush. Sometimes hard. Sometimes way too hard.

I've known him forever, since we were little kids and we threw mud pies at each other. Now, we've grown up. Now, he's a baseball player/swimmer who hopes to be a lawyer when he grows up. And now I'm a actress/writer who hopes one day a career in one of those fields will take off. When he told me he was going to ask out a very good friend, my heart starting racing. I don't know why, I didn't have feelings for him before he said something. But it happened. Then he told me he was going to ask out Irene. Then my heart stopped.

Wasn't I, of all people, one who knew everything about him? How he acts all cocky with his friends, but when he's at home, he studies because he's scared he won't get into a good college. How, back in elementary school, he wore his hair all spikey so I started calling him Porcupine Head, then everyone called him that. How when he spiked his hair, how sharp it would be on Monday, but then by the time Friday came around, it was soft and pettable. I knew that stuff, not Irene.

Irene just moved here. She couldn't possibly be "a very good friend". At least not like I was. It's not like she's all that nice. Or smart. Or pretty. None of the things he deserves.

But I can't tell him that. I have to grin and bear it until he breaks up with her within the month. So when he talks to me at the lockers and he asks who I like, I have to say,

"It's just a crush. Someone you know very well." 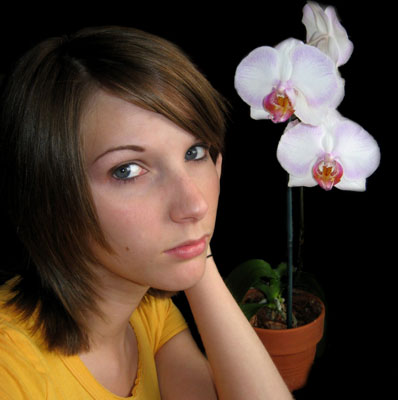