She sits on her mother’s tacky denim sofa on a Saturday. Saturdays were the days she lived for. Saturdays meant no school, sleeping in, all day cartoons, hanging out with friends and her boyfriend, but these Saturdays ended last weekend.

Remembering what he did to her, all the broken promises he made, all he did, brought sad sand angry moisture into her eyes and allowed salty rain to fall down her cheeks. How could they do this to her was beyond her. Wasn’t she a good girlfriend? A good friend?

Swallowing against the lump in her throat and trying to ignore an aching in her breast, she gets up; making her way to her room. Lingering in her doorway, she stares at her bed; a place she can’t bear to be on. Now she sleeps on that horrid looking couch her mother bought for absolutely no reason other than to spend money.

The phone rings. The mother ignores it, like she always does; continuing to smoke her unlawful contraband. So, the heart broken girl wrenches herself from the doorframe to walk down the hall. A glance at the ID says its her once best friend. She picks up the phone, only to slam it back into its cradle. Her ex best friend’s apologies, her ex friend’s regret, meant nothing to her for she had helped her boyfriend destroy her; had in her heart’s ultimate demise. Why should she forgive her? She turns her back on the phone.

At least her friend had made the effort to apologize. Her boyfriend hadn’t even try to make contact after his betrayal to her last Saturday. Sure, she would see him at school, if she went. However, she left that hellish place of hurtful ghostlike memories. She didn’t care if she never got her diploma. She didn’t care that most of her friends were worried about her. She didn’t care about anything anymore.

Outside, the sky has darkened. The bright nighttime sun has entered into the sky. So she lays down on that couch, coated in material made from jeans, and curls into a ball, clenching her chest tight. She closes her eyes and allows the misery to have her. 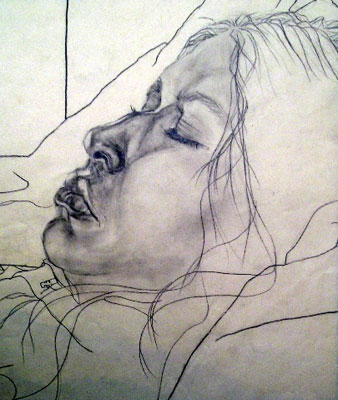