My Life Cycle of Repitions

Favorite Quote:
"I believe that everything happens for a reason. People change so that you can learn to let go, things go wrong so that you appreciate them when their right, you believe lies so you eventually learn to trust noone but yourself, and sometimes good things fall apart so better things can fall together."
— Marilyn Monroe

Little minrals tumble down and land gently down on the warm ocean floor. The ocean waves begin to come in and then apply pressure, and this is how my life began. I tumbled and rolled as bigger rocks pilled over me like a boulder on an ant! I was now slate instead of conglomerate. All of a sudden, I began to melt. I had gone into the ocean to deep until..."swoosh!" It wasn't so hot anymore, it was actually cold now. I had been carried with the curaint to a cool area. Then I waited painfully for another wave.

"Swoosh!" One million years later I begin to move, turn swoosh...I am with the waves. Up, down, everywhere! I look down at myself, I was cooled! I was now a cooled, hard, igneous rock called grainte! Uh-oh, uh-oh, ahh man! Here we go! Boom, crash, poor, boom, crash, poor! It was like the weather had a routine. Once more I began to move! I was eiroding! Then, I got dropped of, (at least come of me did.) I began to feel the pressure from the boulder's that the lightning struck down from the mountain.

Here I go agin! First, I was heated by the ocean floor then, pressured by those boulders, weatherd Once more, then, eroided and deposited, and I melt I cool and I am igneous and then all over agin. I wish I was like those other rocks who don't live in the ocean and get to live safe underground or in a cave! But, not me, I cycle through to conglomerate, slate, to felspar and do it all over agin!!!!!

(300 years later.) I'm safe! 275 years ago there was a huge wave that carried me to shore. A little boy named Tommy came and picked me up, examend me, and took me home with him! Sooner or later he had kids and he passed me down to them then they did the same! Now I am afically a family member! I have been going down for generations, now! 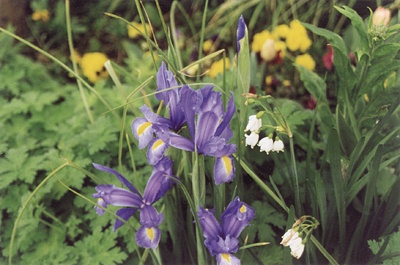 The author's comments:
I wrote this in 1st person of the point of view of a rock. This is the actually cycle though.
Post a comment
Submit your own